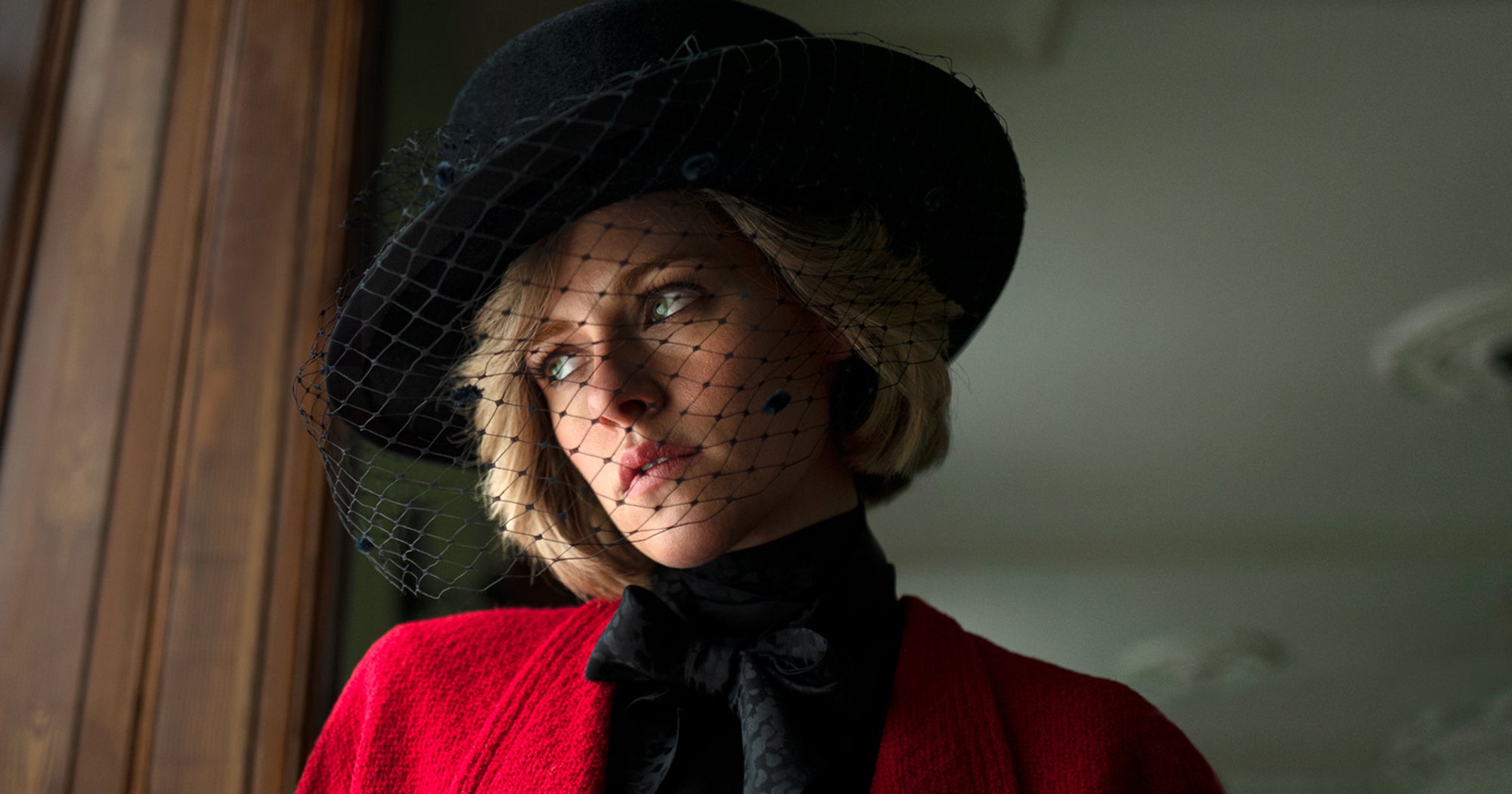 Despite striking similarities, the dress featured in the poster — designed by Oscar-winning costume designer Jacqueline Durran, most famous for creating that green dress from Atonement and the costumes for Greta Gerwig’s Little Women — is not a recreation. According to a publicist for NEON, Durran, instead, took inspiration from various sources for Stewart’s costumes. This approach mimics director Pablo Larraín’s for the film, as noted in his Venice Film Festival statement: “Building the character of Diana, we didn’t just want to create a replicated image of her, but use cinema and its tools to create an internal world that [struck] the right balance between the mystery and fragility of her character.”