Juventus 2-0 Genoa: Juan Cuadrado and Paulo Dybala strike in either half in solid win for hosts 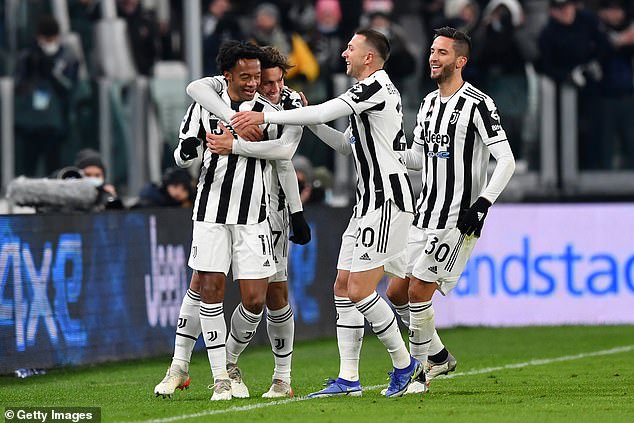 Juventus 2-0 Genoa: Juan Cuadrado scores directly from a CORNER before Paulo Dybala makes sure of the result to close the gap to the top four and heap more pressure on Shevchenko’s relegation-threatened side

Juventus move to within seven points of the top four with a win over Genoa Full back Juan Cuadrado opened the scoring for the hosts in the ninth minuteThe Colombian netted directly from a corner, beating Sirigu with a high deliveryThe hosts were left frustrated on multiple occasions as Genoa stood firmHowever, Paulo Dybala wrapped up the points late on by scoring Juve’s second

Cuadrado struck a high, inswinging delivery into the far top corner after eight minutes to put the Old Lady in front in unorthodox circumstances, and Paulo Dybala wrapped up the three points with a late strike.

It was the eighth direct corner goal to be scored in Serie A since 2010, but bizarrely the second of the weekend after Hakan Calhanoglu’s effort for Inter Milan in a 3-0 win at AS Roma on Saturday. 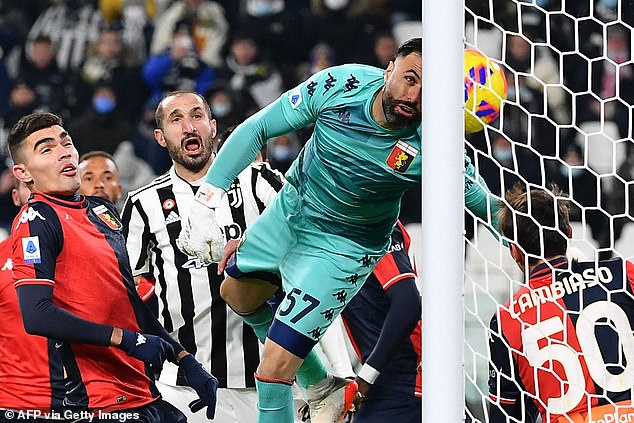 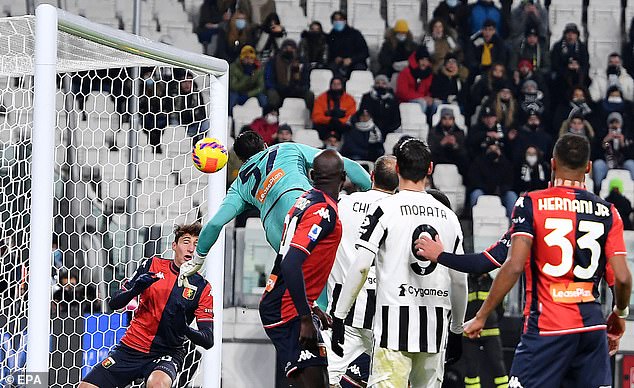 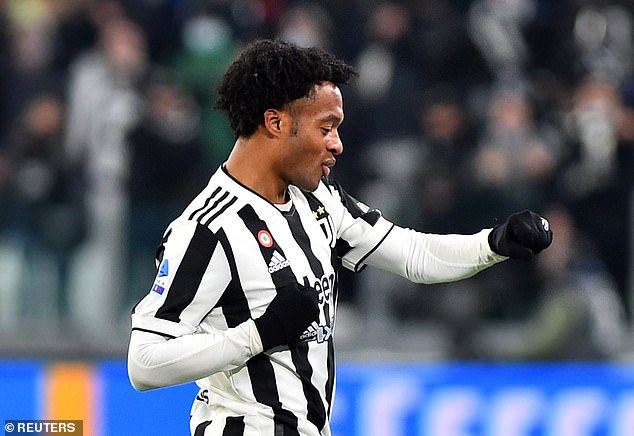 ‘He told us that he meant to cross it,’ Dybala told DAZN.

‘We dominated the whole game, the defenders did well to push us forward. We were obviously calmer after Cuadrado’s goal, but we should have finished it off sooner.’

Juve moved to 27 points, seven behind Atalanta in fourth, as Allegri became the second manager in the three-points-for-a-win era to reach 250 league victories after Carlo Ancelotti on 275, with 150 of them coming while in charge of Juve.

Andriy Shevchenko’s wait for his first win as Genoa coach goes on, with the Ukrainian’s side still 18th with 10 points.

The margin of Juve’s victory could have been much greater as they enjoyed total domination over the visitors, ending the night with 70 per cent possession and 27 shots to Genoa’s zero.

Cuadrado’s spectacular effort from the corner flag opened the scoring and from then on Shevchenko’s side had goalkeeper Salvatore Sirigu to thank for keeping the score down. 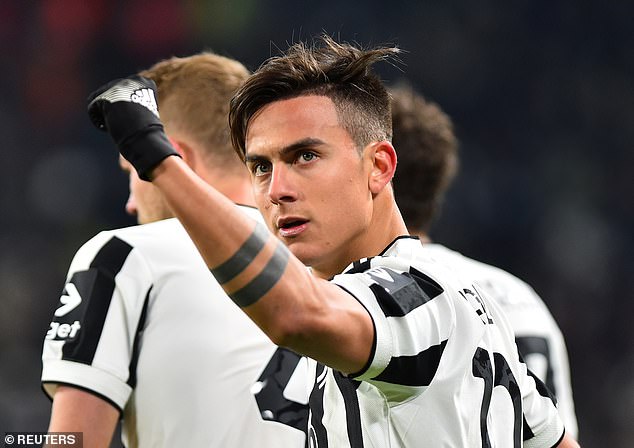 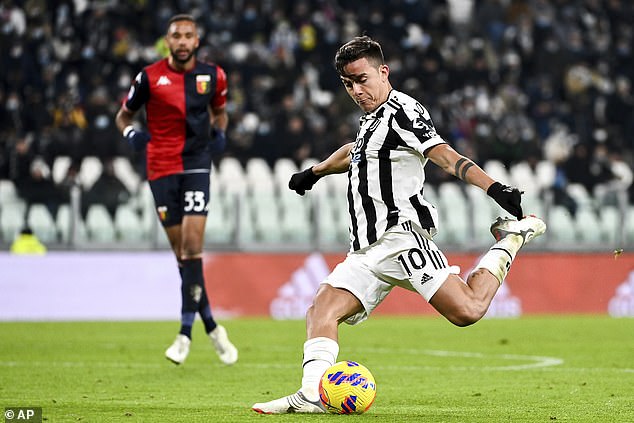 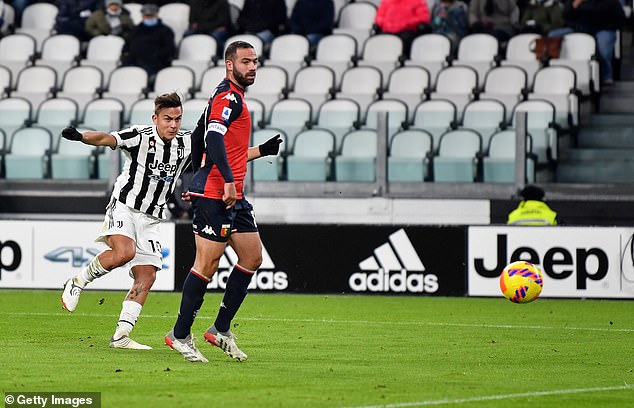 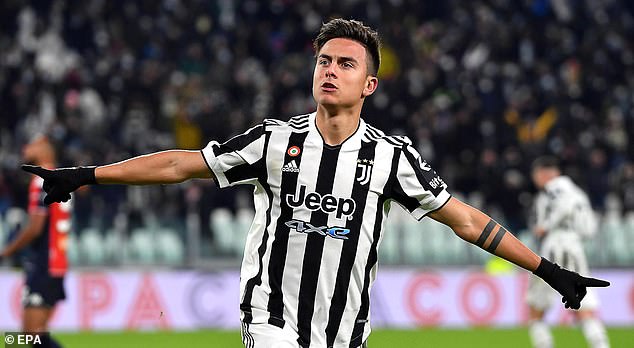 The Italy international blocked a Matthijs de Ligt header from point-blank range and stopped an Alvaro Morata effort in the first half before again denying the Spanish striker with a one-handed save after the break.

Sirigu made two crucial saves in quick succession in the 65th minute, charging down Dybala’s finish when one-on-one before getting a hand to a Cuadrado volley.

Morata got in a heated argument with Allegri on the touchline when he was replaced in the 73rd minute, but any Juve nerves were calmed when Dybala sweetly struck a finish into the bottom corner with eight minutes remaining.

‘I had not decided to replace him but he got booked and I preferred to take him off,’ Allegri explained.

‘It was nothing and I am sorry, because Alvaro played a great game, even without scoring.’