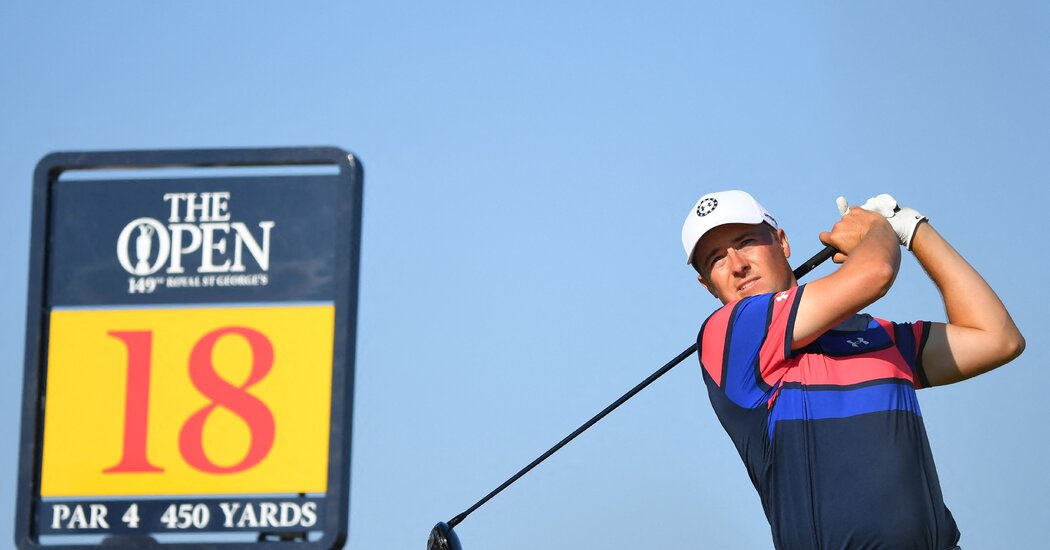 True, he still strolled the grounds at PGA Tour events in recent seasons but Spieth, a former world No. 1 in men’s golf, had fallen to 92nd in the rankings just six months ago. The winner of three major championships before he was 24, he had not won a tournament of any kind in four years. Moreover, he looked and sounded lost, a familiar state in his occupation and a condition that can become permanent.

Then on Sunday in the final round at the British Open, Spieth was the biggest threat to catch the eventual champion, Collin Morikawa. Spieth would fall two strokes short of the precocious Morikawa, who has now won twice in only eight major championship appearances.

Neither muscular nor swashbuckling, Morikawa, 24, wins with a mixture of calm and élan, much like Spieth did when he won two majors in his first 10 starts from 2015 to 2017.

But whether he likes it or not, Spieth’s performance at this year’s British Open would seem to prove that he is back — or has at least reached the most important stage of any comeback, which is self belief. The proof was in Spieth’s words alongside the 18th green at Royal St. George’s along the southern coast of England.

“I 100 percent played well enough to win the championship,” he said. “And I haven’t felt that way in a major in quite a while. Under major championship pressure on a weekend, my swing held up nicely. And that’s a huge confidence boost.”

Spieth had plenty of chances to crumble, as he did in majors in 2019 and 2020 when he tied for 65th or 71st or did not make the cut. Beginning Sunday one stroke behind Morikawa, and two behind the third-round leader Louis Oosthuizen, Spieth had two clumsy bogeys in his first six holes.

The shaky start came about 18 hours after he butchered his final two holes in Saturday’s third round. Well-positioned in the middle of fairway 60 yards from the 17th hole, Spieth nonetheless made bogey. Then he missed a two-foot par putt on the 18th hole for another bogey.

“That was about as upset as I’ve taken a finish of a round to the house,” Spieth said of the return to his rental home on Saturday evening. Inside the door, Spieth asked: “Is there something that I can break?”

While his putter was nearby, he instead used it to practice. Still, his Sunday start was unnerving rather than rejuvenating. But his mind-set at the moment is more evidence that Spieth — here’s that word again — may indeed be back.

“At that point I said, ‘OK, now we’re going for everything, and we’re going to see what happens,’ ” Spieth explained. Newly aggressive, he made an eagle, four birdies and 11 pars, finishing with a four-under par 66. Spieth looked in control and intensely aware of what he needed to do to put himself in contention.

“I did everything I could,” he said. “I holed the putts I needed to hole and hit some shots that are still uncomfortable for me — still have some scar tissue, still getting things back in gear.

“But I’m proud of going six-under in the last 12 holes of this golf tournament and of putting some pressure on Collin.”

He smiled and appeared at ease, something he was not at major championships last year.

Spieth in that period was constantly tinkering with his swing. He was besieged by unsolicited mechanical advice and introspective counsel on how to revamp his mental approach. It felt as if everyone in the golf world had an opinion about what Spieth needed to do to regain the golden touch that produced the magical three major titles he won from 2015 to 2017.

To his credit, Spieth did not listen much, never lost his composure and he did not grow curt with those whose job it is to ask questions about what was going wrong.

Spieth, who turns 28 next week, acknowledged the dispiriting circumstances, marched on and early this year was confident he was on his way to rediscovering his old form. Skeptics remained. But this spring he finished in the top five in three of four PGA Tour events. In April, he won the Valero Texas Open, his first tour victory since 2017. He followed that with a tie for third at the Masters and a second-place finish at the Charles Schwab Classic. His world ranking climbed to 23rd. Then came Sunday, which will boost that standing significantly.

Spieth’s final round at the 2021 British Open was far from perfect. It was Morikawa’s day as golf crowned a new two-time major champion. But on Sunday, if Spieth was not, as he insists, back, then he was just a few strokes shy of whole again.