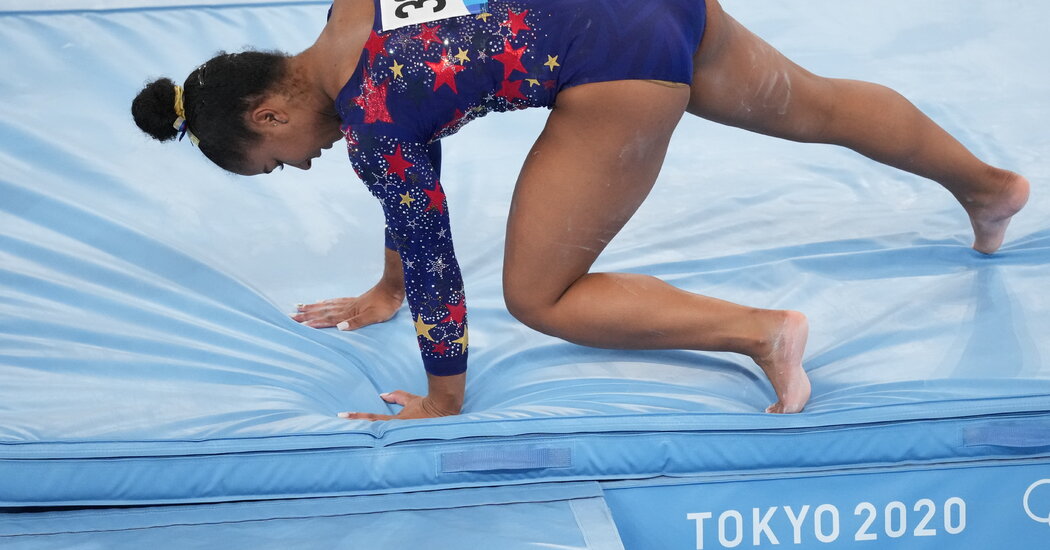 One question on many gymnastics fans’ minds was how well Jordan Chiles would fare in qualifications: Would she move on to the all-around or event finals, or would she be shut out because of gymnastics’ two-per-country rule?

It wasn’t her afternoon. Chiles, 20, scored only a 12.866 on the bars and then ended the day with two falls on beam, one on an acrobatic series and another on her dismount. That left her behind the top two Americans on every event.

Still, she’ll almost certainly head home with a medal in the team final, where the United States will be aiming to deliver a much stronger showing.

A month ago, Chiles was the third-ranked all-arounder at the Olympic Trials, behind Simone Biles and Sunisa Lee. She is generally a well-rounded and consistent gymnast, and she was the only U.S. team member who made no major mistakes in any of the four major domestic competitions this year. That means she did 24 routines and hit all of them.

Chiles, though, had a rocky route to the Olympics, frequently missing out on major international competitions and almost quitting in 2018 because, she said, “I didn’t think the sport wanted me anymore.”

Then Biles offered a suggestion: Why didn’t Chiles relocate to Texas to train with Biles at her gym, World Champions Centre? Chiles heeded that advice.

Perhaps no gymnast benefited as much from the postponement of the Games as Chiles did: She went from being left off the 2019 world championships team to doing so well in 2021 that she was pretty much a lock for Tokyo before the trials even started.