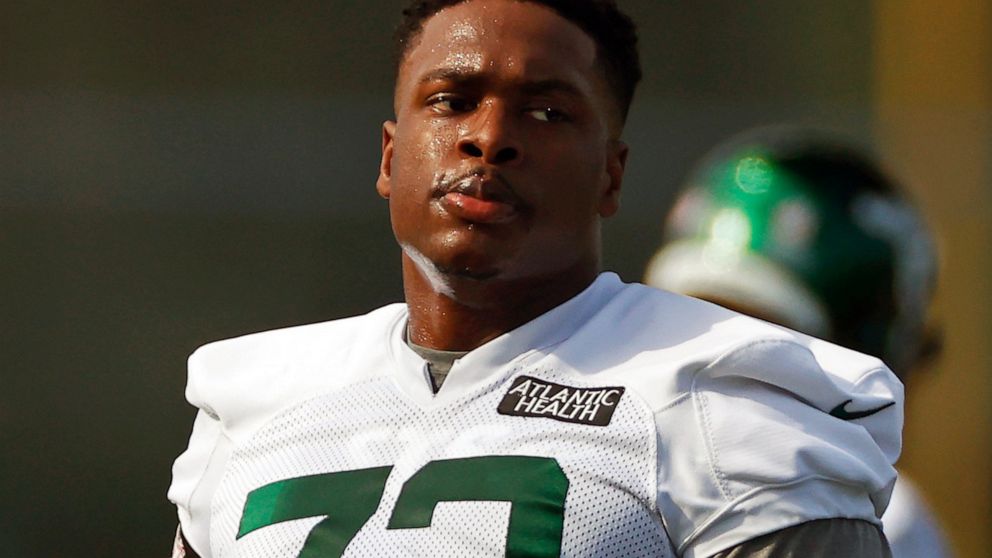 The team had no immediate word on his status.

The 23-year-old Clark, a fourth-round draft pick last year out of Charlotte, went down during team drills. He didn’t appear to be moving before trainers and medical personnel rushed to him.

Coach Robert Saleh was unclear how the injury occurred, saying he saw the play only out of the corner of his eye.

“It looked like he was in protection,” Saleh said, “and then he was on the ground.”

He said the team doctors told him Clark did have “some” movement, but “as far as the details and all that stuff, we’re going to wait for further evaluation.”

Clark was put on what appeared to be a spinal board and then carted to an ambulance at the side of the field.

Saleh immediately called off practice, the team’s first in full pads this summer. Many players watched in silence as Clark was taken to the ambulance. Saleh said there was just one more practice period scheduled.

“Man, it’s scary,” rookie quarterback Zach Wilson said. “At first, you don’t know — and we still don’t even know what it is, obviously. But what it takes to get to this position and how that could change his life, I don’t know how serious anything is, but you just feel for the dude.”

Clark went to Morristown Medical Center, about 2 1/2 miles from the Jets’ facility.

“You take every day and approach every play kind of like it could be your last,” Wilson said. “I’m not sure if it is — he could be back tomorrow, I have no idea. But it’s just a scary situation when someone’s getting carted off the field. You just pray that he’s going to be all right.

“You hope God can just watch over him and everything he’s doing. It just kind of shocks everybody a little bit.”

Clark has yet to make his NFL regular-season debut. He spent the first six weeks of last season on injured reserve and was inactive for seven games when he returned, and he didn’t play in three others. Clark was expected to be in the mix in the open right guard competition, as well as working as a backup.

“I’m an optimist,” Saleh said. “God willing, everything’s going to be just fine. We’ll wait for the evaluation. I thought our doctors were all available and tended to him pretty quickly and did a really nice job. Now, we wait.”