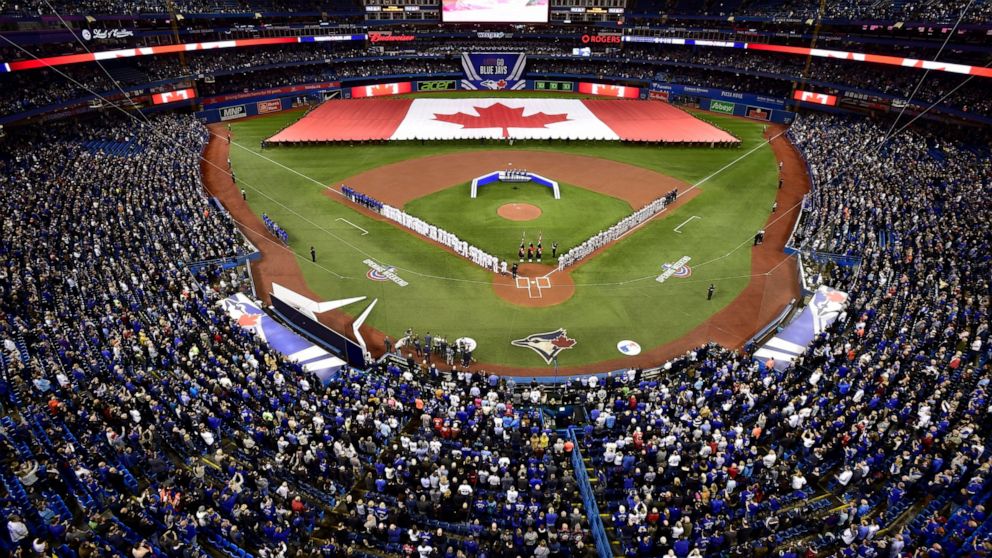 TORONTO — The Toronto Blue Jays have received approval from top Canadian health officials with one last sign-off required by the country’s immigration minister for an exemption on border restrictions that would allow them to play in Canada later this month, an official familiar with the talks told The Associated Press on Friday.

The Blue Jays asked the federal government to allow them to play at Rogers Centre starting July 30 and wanted a response by Friday.

An official confirmed the minister of immigration has the file and planned to make an announcement soon. The official spoke to the AP on condition of anonymity because he was not authorized to speak publicly. The Blue Jays were expecting to get an answer on Friday.

The Blue Jays played home games during the shortened 2020 season in Buffalo, New York, and started this season in Dunedin, Florida, before moving to Buffalo. The Canadian government didn’t allow the team to play in Toronto because of the risk of spreading COVID-19, citing frequent travel required in the U.S. during a baseball season.

The U.S.-Canada border remains closed to nonessential travel, though Prime Minister Justin Trudeau said this week those restrictions could end in mid-August.

Major League Baseball requires an exemption for unvaccinated players and team staff to play games in Canada. As of this month, fully vaccinated players who have valid work permits are no longer required to complete a 14-day quarantine upon entry into Canada, but some teams have players who are not vaccinated. A quarantine exemption and protocols around that need to be approved.

Talks between the Blue Jays and federal government accelerated over the last day.

The team described Friday as a breaking point, noting the club has a long homestand starting July 30 that represents over 25% of the remaining games at a crucial juncture competitively. The Blue Jays entered Friday tied for third in the AL East.

They require lead time in order to move what they need from Buffalo and to prepare for Toronto operations, including ticket sales, although the team has already begun preparations at Rogers Centre, according to two team officials who spoke the AP on condition of anonymity because they were not authorized to speak publicly.

Blue Jays ace Hyun-Jin Ryu signed with the team before the 2020 season and has yet to pitch a game in Toronto.

The club noted in a news release this week that MLB has high vaccination rates, with more than 85% of players and personnel fully vaccinated. The club said vaccinated players and staff on the home and visiting teams will have to show proof of a negative COVID-19 test, with no quarantine requirement, and that fully vaccinated individuals will undergo weekly testing.

The team said unvaccinated and partially vaccinated people on the home and visiting teams will adhere to a modified quarantine for their first 14 days in Canada. They will be permitted to leave their residence only to participate in baseball activities at Rogers Centre.