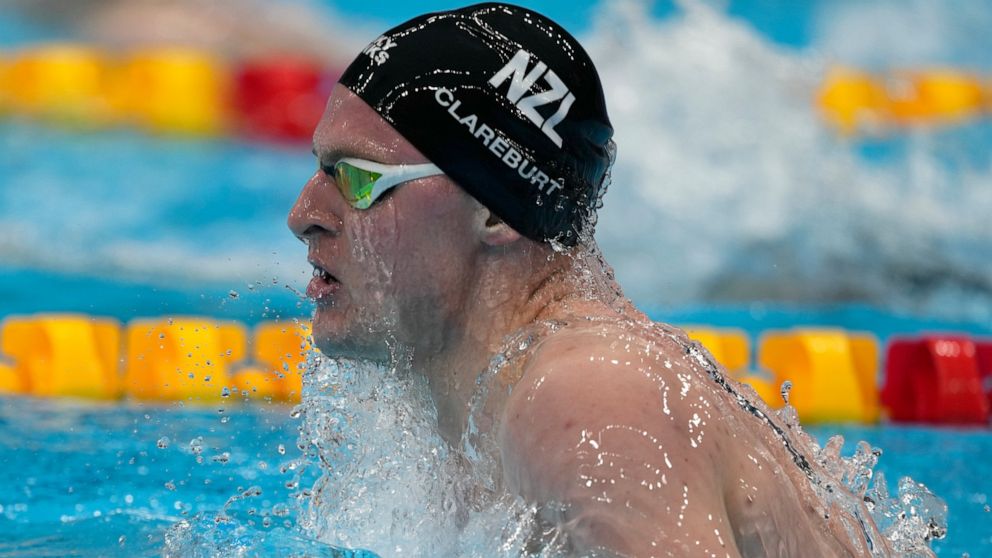 TOKYO — Daiya Seto was so confident of advancing to the 400-meter individual medley final in his home Olympics, the Japanese star made a costly mistake.

Seto surprisingly failed to qualify, finishing ninth on the opening night of swimming on Saturday. He missed the eighth and last spot for Sunday morning’s final by 32-hundreds of a second. He touched in 4 minutes, 10.52 seconds.

“Even in the last hundred, I didn’t let it all out,” Seto said through a translator. “Even when the other swimmers were coming near me.”

Seto was the bronze medalist at the 2016 Rio Games and a three-time world champion in the event. He was trying to deliver Japan a second straight gold medal in the event won in Rio by Kosuke Hagino.

“Five years ago, I went too fast in the prelims and couldn’t go fast enough in the finals,” Seto said. “I tried to avoid that.”

Instead, the opposite happened and now Seto will have to focus on his two remaining events.

Brendon Smith of Australia topped the men’s 400 IM qualifiers in 4:09.27. Lewis Clareburt of New Zealand was second-quickest in 4:09.49. American Chase Kalisz, the silver medalist in Rio, qualified third in 4:09.65.

David Verraszto of Hungary, the oldest swimmer in the event at age 32, moved on in fourth. Also advancing was Jay Litherland of the U.S.

Without fans in the 15,000-seat Tokyo Aquatics Centre, masked teams had ample room to spread out in socially distanced seats above the deck. The U.S. contingent waved tiny American flags and pounded red-white-and-blue Thunderstix, while the Germans spread their large-sized flag over two rows of seats.

Waiting for the session to begin, the Americans chanted “Dr. Biden, Dr. Biden” and clapped. The U.S. first lady, sitting across the pool, stood and waved back. The U.S. team was easily the most spirited, on its feet, whistling and cheering for its swimmers.

“USA was pretty loud,” Litherland said. “I felt like the whole crowd was there.”

But none of the usual electricity that typically courses through the Olympic pool was present. Teams shouted the names of their swimmers during the races, and the sound of water splashing was easily heard and music played.

“It was definitely different,” American Torri Huske said. “But with the Covid year, I felt like I kind of got used to it. Also, just knowing it’s the Olympics and I’m swimming against fast girls made it so exciting.”

Katinka Hosszu of Hungary barely qualified for the women’s 400 IM final, claiming the seventh spot in 4:36.01. At 32, the defending Olympic champion and five-time world champion was the oldest woman in the field. Emma Weyant, a 19-year-old American, led the way in 4:33.55.

In the women’s 100 butterfly, China’s Zhang Yufei and Emma McKeon of Australia tied for the fastest qualifying time of 55.82 seconds.

Defending Olympic champion Sarah Sjöström of Sweden advanced to the semifinals in third at 56.18. Her training was disrupted after she broke her right elbow in February, slipping on ice.

A pair of American teenagers moved on in their Olympic debuts. Huske, an 18-year-old from Virginia, was fourth-quickest. Claire Curzan, a 17-year-old from North Carolina, finished 10th.

In the men’s 400 free, Henning Muhlleitner of Germany qualified fastest in 3:43.67. Australians Elijah Winnington and Jack McLoughlin and U.S. teammates Kieran Smith and Jake Mitchell all advanced to Sunday’s final.