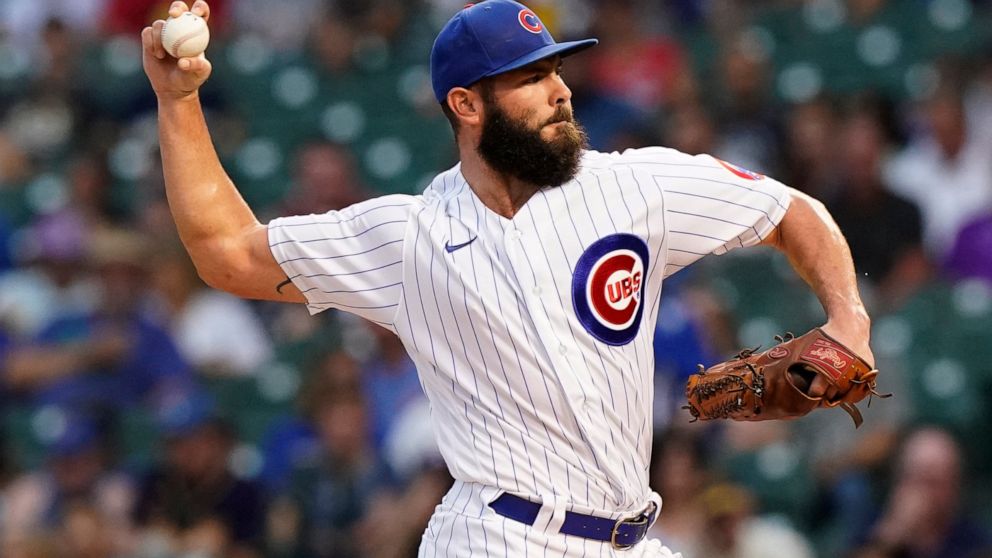 Jake Arrieta caught on with a playoff contender after getting released by the Chicago Cubs, signing a minor league deal with the San Diego Padres

DENVER — Jake Arrieta caught on with a playoff contender after getting released by the Chicago Cubs, signing a minor league deal with the San Diego Padres on Monday.

The former NL Cy Young Award winner is expected to make his first start for San Diego on Wednesday against the Colorado Rockies.

The Padres signed Arrieta to add depth to their injury-plagued rotation. Chris Paddack (left oblique strain) and Yu Darvish (back tightness) are on the 10-day injured list.

San Diego manager Jayce Tingler said Arrieta was put on the team’s taxi squad after joining the team in Denver for the start of a three-game series.

The Cubs released Arrieta on Thursday, a day after he allowed eight runs in four innings against Milwaukee and mocked a reporter for wearing a mask during his postgame interview.

Arrieta went 5-11 with a 6.88 ERA in 20 starts for Chicago, a disappointing return to the team for which he had his greatest success. He is 115-90 with a 3.93 ERA over 12 seasons with Baltimore, Chicago and Philadelphia.

He won the Cy Young Award in 2015 and had another superb season in 2016, helping the Cubs to a drought-busting World Series title.