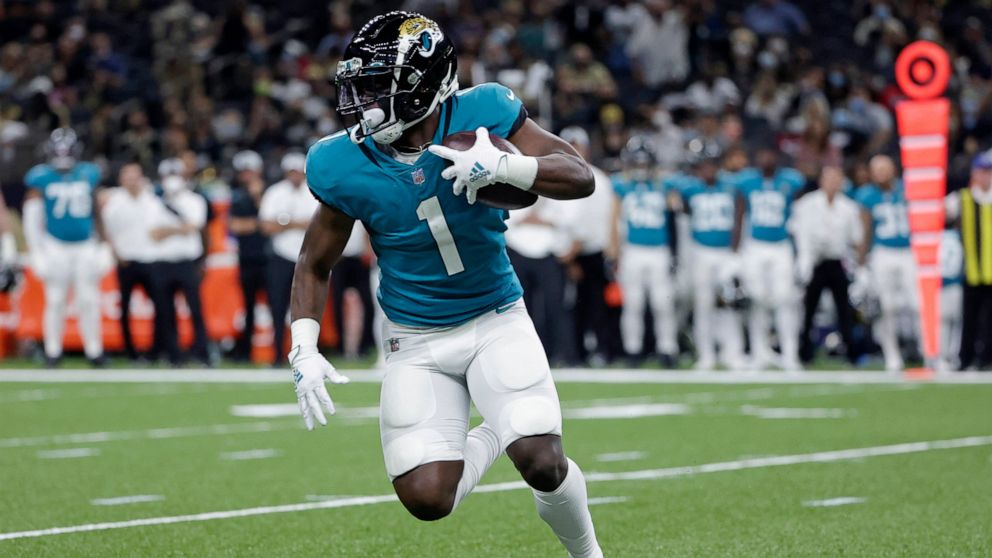 JACKSONVILLE, Fla. — Jacksonville Jaguars rookie running back Travis Etienne is out for the season after injuring his left foot in Monday’s preseason loss at New Orleans.

The team said Tuesday that Etienne, a first-round draft pick from Clemson, has a Lisfranc injury. He was placed on injured reserve and is expected to have surgery as soon as possible.

Since Etienne was placed on IR before the final 53-man roster deadline next Tuesday, his season is over.

Losing Etienne is a significant setback for the Jaguars, who planned to use him to create mismatches in the slot and as a third-down back.

Jacksonville selected Etienne with the 25th overall pick in April’s draft and paired him with fellow Clemson star Trevor Lawrence.

Etienne had been part of a three-back attack for Jacksonville, sharing carries with starter James Robinson and backup Carlos Hyde. But Etienne has more speed and elusiveness than either one and was expected to play a major role in coach Urban Meyer’s offense.