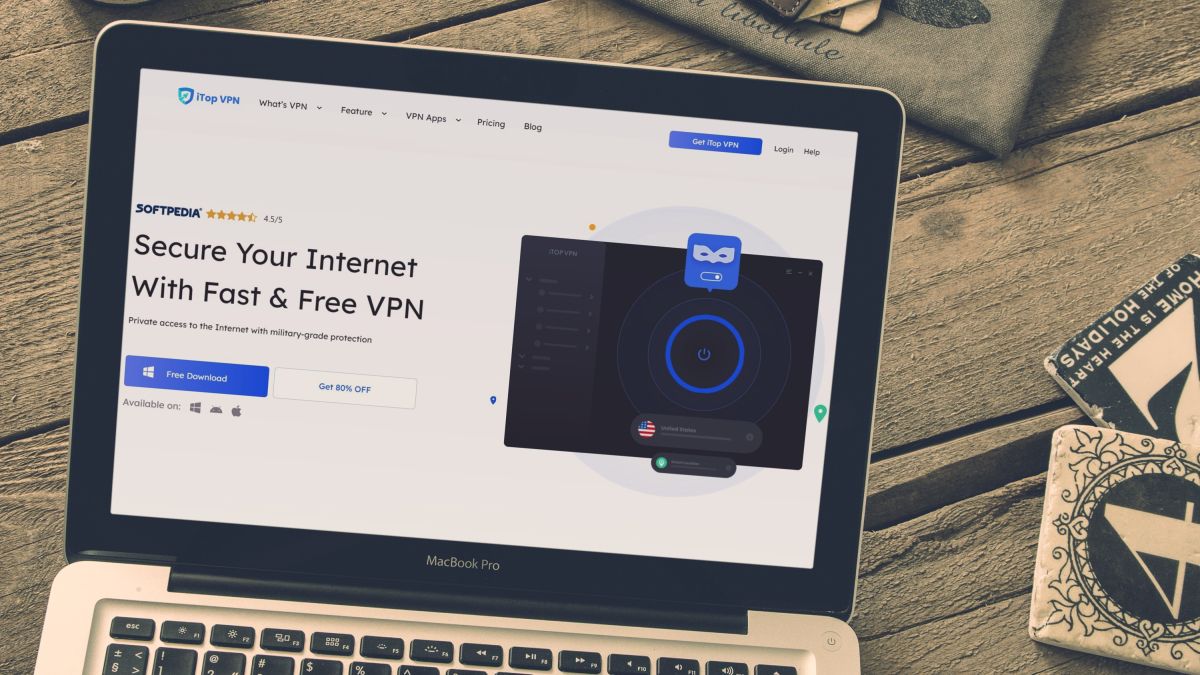 iTop VPN is a relatively new VPN service, founded in 2016, which aims to provide users with a secure, private and fast surfing experience. The provider claims to have already accrued 10 million users worldwide, and we put its capabilities to the test.

iTop’s monthly subscription is about average for the VPN business, at $11.99/month. However, the price drops significantly with longer plans; the one-year option costs only $2.31/month.

During checkout, you can also add $7.99 for the provider’s Extended Download Service. It’s essentially a backup service or download guarantee that allows you to download the provider’s software again for up to one year from the order date, protecting your purchase if your computer crashes. That said, we fail to understand the point of this when you can simply download the app from the website again and sign in with your existing credentials.

With one account, you’ll be able to connect up to five devices simultaneously, which is enough for most users, despite some VPNs offering more.

The provider also offers its basic services for free, although they are limited to 700MB per day, only 16 servers (as compared to 1,800+ when you pay), one virtual location and basic speeds. The free version also cannot unblock geographically restricted streaming services.

If, however, you decide to pay for the service and end up disappointed, there’s a 100% no-questions-asked money-back guarantee. It is offered for the first seven days of your monthly subscription or the first fifteen days if you opt for the six-month or twelve-month subscription.

If you have a six-month or twelve-month subscription and want to end your subscription early, you are also eligible for a partial refund calculated based on unused months.

iTop VPN is still a very new competitor to the likes of ExpressVPN, NordVPN, Surfshark and CyberGhost, so it makes sense that it isn’t on the same level. After all, it doesn’t have many features that they do, such as native clients for almost any modern platform, speedy live chat assistance and torrenting support.

That said, it’s got great potential to someday stand shoulder-to-shoulder with the market leaders, especially considering its excellent download speeds and geo-unblocking capabilities.

If you sign up for the provider’s premium account, you’ll be able to access streaming services and their localized libraries, including Netflix, BBC iPlayer, HBO, and Hulu

We couldn’t find clear information about the provider, but from what we could gather, the company behind iTop seems to be headquartered in Hong Kong. With its service, you’ll get access to over 1,800 servers in more than 100 virtual locations, including Japan, United Arab Emirates, Philippines, Brazil, Russia, India, and so on.

The provider’s products feature a kill switch option that quickly switches off your internet access when the VPN connection suddenly drops. This prevents your data from leaking into the wrong hands outside the VPN protection. Do note that the kill switch is off by default so you may be unknowingly left unprotected until you turn it on.

iTop also offers anti-malware protection in the form of its Security Reinforce feature, as well as Browser Privacy and Ads Block options. These automatically clean up browser traces in Chrome, Firefox, Edge, Safari, IE and Waterfox, as well as blocking ads and malicious links when you surf the Internet.

To secure your data, this VPN relies on TCP, UDP, and HTTPS protocols. We’ve found no mention of any others (TCP and UDP are basically two types of the OpenVPN protocol), such as L2TP, PPTP, IKEv2, or the like. The encryption is super-strong Salsa20 (chacha20) 256-bit.

As far as logging is concerned, the Privacy Policy says the provider doesn’t “log your activity while you are utilizing the services, including your browsing history, the bandwidth you used, or how long you connected to VPN servers,” nor does it “store your original IP address or the server IP address that you connect to.” However, there’s no evidence to support the above claims, such an independent audit.

At the moment, torrenting isn’t supported, although we were told this may change in the future.

iTop VPN works with Windows, Android, and iOS devices. An app for Mac is currently in the works.

At the time of writing, the Android app has been rated by 25,968 people with a score of 4.2 stars (out of 5) and has recorded over a million installs. Its iOS counterpart has 4.6 stars and was updated roughly one month before this review.

If you encounter any problems, you can turn to the FAQ section, blog, or direct contact with the customer support as there’s no help center or knowledgebase on the website. You can reach support using an online form (so no live chat or a phone number you can try), although there’s no live chat option. There are also email addresses available for press, business, or feedback, as well as a Facebook page. The provider states its professional tech groups are on standby 24/7.

The Windows app is nicely designed and pretty straightforward and easy to get around, with just one click on the big button connecting you to the VPN in no time. We tested the provider’s servers on a 47Mbps testing speed and each time the app connected in just a couple of seconds.

We first tried a server in Palermo, Italy, on a fast-speed UDP connection and we liked what we saw. The download speeds were 38Mbps, taking away very little from our original connection.

After that, it was time to test a BBC-dedicated server in London, United Kingdom. This server hailed download speeds that were almost on par with our basic connection: a very strong 45Mbps.

Then we connected to a Netflix-specific server in Kansas, United States. The download speeds were very satisfactory, especially considering this location is across the Atlantic Ocean, delivering a very fast 30 Mbps.

Finally, it was time for a bigger challenge: Australia. However, the VPN did great, with its super-fast 42Mbps UDP connection, but albeit rather slow  7Mbps TCP connection.

iTop VPN is a great alternative for those who for whatever reason can’t (or don’t want to) purchase a market leading service like ExpressVPN.

Although it’s still not on the same level – primarily due to lacking torrenting support, live chat, and native clients for more platforms – it certainly has a lot to offer. Its advantages include low prices, capable geo-unblocking, user-friendly clients, and superb speeds.