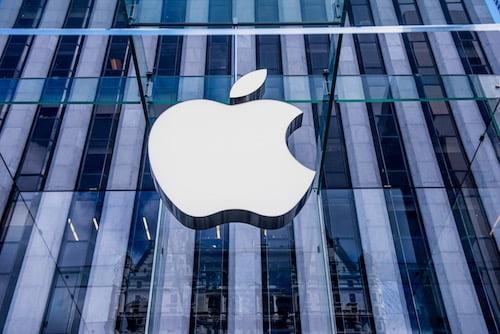 This article has been reprinted from IPWatchdog.com. It was originally published here on July 21, 2021.

“In order for the current wave of antitrust enforcement to have any real success in promoting innovative competition, it must include a recognition of the incredibly pro-competitive nature of a strong U.S. patent system, which itself should urge swift Congressional action on long overdue items like Section 101 reform.”

In late June, medical technology firm Masimo Corporation and its consumer device subsidiary Cercacor Laboratories filed a complaint with the U.S. International Trade Commission (ITC) asking the agency to institute a Section 337 investigation into several versions of the Apple Watch. Masimo’s allegations, which also include trade secret litigation ongoing in U.S. district court, follow an increasingly familiar narrative in which a Big Tech player, in this case Apple, engages in licensing negotiations with a small tech developer, only to poach employees and ideas from the smaller firm without paying the original developers.

The technology developed by Masimo and Cercacor at the center of the suits against Apple is modern pulse oximetry, which tests a human subject’s blood for oxygen saturation levels, which is useful for diagnosing various health issues, as well as general health monitoring. While light-based pulse oximetry devices are well known, Masimo’s technology enabled clinical grade measurements, whereas conventional devices suffered from inaccurate readings, especially when a subject was in motion or had low peripheral blood flow. Other pulse oximetry devices available to consumers “were more like toys” due to these deficiencies, according to Masimo’s complaint.

Patents that have been asserted against Apple in Masimo’s ITC complaint include:

U.S. Patent No. 10912501, User-Worn Device for Noninvasively Measuring a Physiological Parameter of a User. It claims a user-worn device having at least three light-emitting diodes (LEDs), three photodiodes detecting light attenuated by user body tissues, a protrusion with openings allowing light to reach the photodiodes, and a processor receiving photodiode measurements and calculating physiological measurements.U.S. Patent No. 10912502, same title as the ‘501 patent. It claims a similar user-worn device including multiple sets of LEDs, some of them super-luminescent, configured to emit light at different wavelengths for photodiode detection.U.S. Patent No. 10945648, same title as the ‘501 patent. It claims a similar user-worn device having four photodiodes configured to capture light at different quadrants of a user’s tissues.U.S. Patent No. 10687745, Physiological Monitoring Devices, Systems, and Methods. It claims a physiological monitoring device having a material positioned between a plurality of LEDs and the wrist tissues of a user that changes the shape of light emitted by the LEDs, and a surface with dark-colored coating positioned between the wrist and the photodiodes which ensures that light does not reach the photodiodes without first reaching the user’s tissues.U.S. Patent No. 7761127, Multiple Wavelength Sensor Substrate. It claims a physiological sensor with a plurality of emitters transmitting optical radiation along several wavelengths, a thermal mass stabilizing a bulk temperature for the emitters, and a temperature sensor providing an output responsive to the bulk temperature for determining the transmitted wavelengths.

Masimo’s Section 337 complaint notes that Apple contacted Masimo in 2013 to discuss the possibility of incorporating Masimo’s technology into Apple’s devices. Shortly after those meetings, Apple allegedly hired Michael O’Reilly, Masimo’s Chief Medical Officer and Executive Vice President, to assist the company with the development of wellness and mobile applications leveraging non-invasive measurement of physiological parameters. Masimo’s ITC complaint also notes that Apple hired Marcelo Lamego, formerly a research scientist at Masimo who reached the position of Chief Technical Officer with Cercacor, who although a named inventor on Masimo patents asserted at the ITC allegedly learned about non-invasive physiological monitoring while working with Masimo, as he had no previous experience in that field. Despite representations by Lamego that he would not violate contractual obligations to Masimo by pursuing work based on Masimo’s proprietary information, Masimo alleged that Lamego began developing patent applications for Apple based on Masimo’s confidential pulse oximetry technology.

Then, on July 2, a few days after Masimo filed its Section 337 complaint, a series of exhibits was entered into a patent infringement suit filed in the Central District of California against True Wearables, a medical device company manufacturing pulse oximetry devices, which was started by Lamego after his stint with Apple ended. The exhibits, submitted in support of a motion by Apple to quash a subpoena, include an October 2013 email exchange from Lamego’s Stanford email account to Apple CEO Tim Cook in which Lamego writes that, although he turned down previous efforts from Apple recruiters to join Apple because of his fiduciary duties as Ceracor’s CTO, he was interested in joining Apple to help the company with medical device development. In particular, in return for a senior technical executive position at Apple, Lamego proposed to show Apple how to solve “[t]he patient equation,” which he called “the deceptive part” of building effective health and wellness monitoring devices to work on “almost the entire population” rather than just 80%. Within 12 hours, Lamego received a response from David Affourtit, at the time Director of Recruiting for Apple, who then put Lamego in touch with the recruitment division at Apple, leading to Lamego’s hiring at that company.

Joe Kiani, Founder and CEO of Masimo, commenting on this development in the company’s litigation against Apple, told IPWatchdog: “It is incredible that any CEO, especially of a company claiming to be an innovator, would do anything other than inform its HR department not to hire someone making such a proposal.”

Apple’s decision to hire Lamego and file patent applications based on Lamego’s knowledge of Masimo’s proprietary technology has become a focal point in Masimo’s suits against both Apple and True Wearables in Central California. Although U.S. District Judge James V. Selna denied a motion for preliminary injunction last October that would have prevented the publication of an Apple patent application listing Lamego as the sole inventor, Judge Selna found that Masimo was likely to succeed on the merits in showing trade secret misappropriation by Apple. And this April, Judge Selna granted a motion for preliminary injunction in Masimo’s suit against True Wearables, preventing the publication of another patent application listing Lamego and claiming technologies that consist of trade secrets developed and protected by Masimo. As a result, True Wearables and Lamego have been ordered to take all steps necessary to prevent publication of the patent application at issue and any others that disclose Masimo’s trade secrets.

As several antitrust enforcement actions against Big Tech players, especially Google and Apple, continue to move forward, it’s become clear that much of the U.S. tech sector operates on a kind of feudal system, with companies like Apple exercising free reign to steal whatever gratifies them from innovative firms, in violation of the traditional bonds of intellectual property rights. It’s even more troubling to realize that the current wave of antitrust enforcement might never have been necessary if the proper respect had been paid to patent rights, like those owned by B.E. Tech, the inventor of targeted advertising via Internet search, or Smartflash, the inventor of a data storage and access system that provides the underlying technology for every digital app store.

While President Joe Biden’s recent executive order on preserving competition in the American economy rightfully acknowledges that “a small number of dominant Internet platforms use their power to exclude market entrants,” it focuses largely on the application of antitrust law to address problems. In the few spots where the executive order mentions patents, they are discussed with mistrust that patents “unjustifiably delay… competition” without any discussion of the pro-competitive benefits that strong patent rights have for small businesses trying to compete with the Apples and Googles of the world. In order for the current wave of antitrust enforcement to have any real success in promoting innovative competition, it must include a recognition of the incredibly pro-competitive nature of a strong U.S. patent system, which itself should urge swift Congressional action on long overdue items like Section 101 reform.