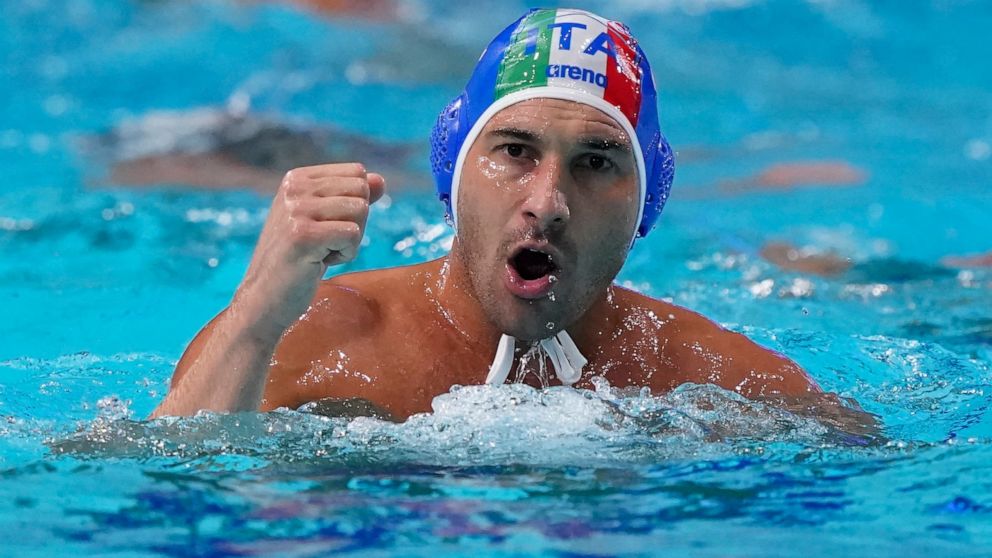 TOKYO — Francesco Di Fulvio and Italy won the 2019 world championship in men’s water polo, establishing themselves as gold medal contenders for the Olympics. Then the coronavirus pandemic arrived.

A year after the Games were supposed to occur, Di Fulvio sees a wide-open competition in Tokyo.

“We are the same team. We do the same play, the same game,” he said. “But now, in Tokyo 2020, maybe, here can win, in my opinion, six, seven teams. They improve their game. We did the same. So I think there will be nice games.”

Italy played one of those nice games Thursday against the United States, rallying for a dramatic 12-11 victory. Di Fulvio scored five times as the Italians jumped over the Americans in Group A with five points after playing to a 6-6 draw against Greece on Tuesday.

Five years after Serbia won gold at the Rio de Janeiro Olympics as the reigning world champion, there is no superpower towering over the 12-country field in Tokyo. Just a ton of possibilities.

Campagna’s team is certainly among those medal contenders. Italy is seeking its first Olympic title since 1992 and No. 4 overall. It won silver in 2012 and bronze in Rio.

The U.S. finished 10th in Brazil, but it picked up some momentum with a runner-up finish in this year’s World League Super Final that included a 10-8 victory over Italy. It then won its first two games in the Olympics against Japan and South Africa.

Looking to strengthen its position for a possible berth in the quarterfinals, the U.S. scored the first four goals against Italy and led 11-9 with 5:22 left. But it couldn’t hold on.

“I think that we should win the game,” U.S. coach Dejan Udovicic said. “We got a few times to conclude the game and we didn’t and they punished us.”

Di Fulvio tied it at 11 with a penalty shot with 2:22 left, and Nicholas Presciutti got the game-winner when he converted a rebound with 1:40 to go. The U.S. had one last chance in the closing seconds, but turned it over.

The U.S. still appears to be in a strong position to advance, but it closes group play with games against Hungary on Saturday and Greece on Monday.

“I think once you get to the quarterfinals, I think anybody can beat anybody,” U.S. goaltender Drew Holland said. “There’s lots of good teams and it’s the Olympics and we’re getting kind of to the nitty-gritty point. But again, build through the group play stage and be playing our best water polo for the crossover.”

Hungary, Spain and Croatia also won on Thursday. Hungary routed winless South Africa 23-1, and Spain moved to 3-0 with a 16-4 victory over Kazakhstan. Loren Fatovic scored three goals to lead Croatia to a 13-8 win over Montenegro.