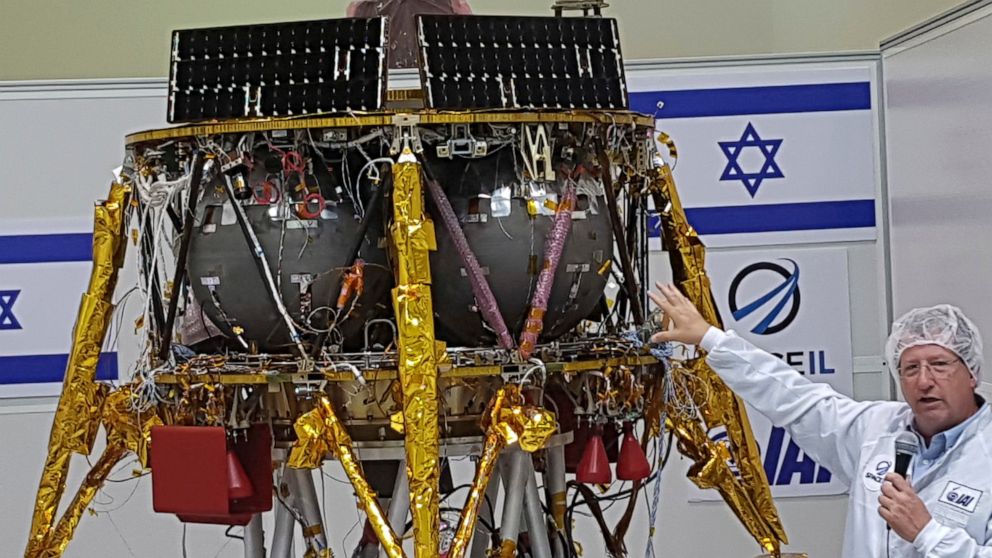 JERUSALEM — SpaceIL, the nonprofit Israeli initiative whose spacecraft crashed on the moon two years ago, said Sunday that it has secured $70 million in funding to make a second attempt at a lunar landing.

SpaceIL said the new pledges means that it has raised almost all of the $100 million it estimates is needed for the mission to meet its 2024 launch target.

The first “Beresheet,” or “Genesis” spacecraft, built by SpaceIL and state-owned Israel Aerospace Industries, crashed into the moon moments before touchdown in April 2019, falling short in its attempt to become the first privately funded lunar landing.

According to the Davidson Institute, a branch of the Weizmann Institute of Science research university in Israel, the spacecraft suffered a string of technical malfunctions. That included damage to the star trackers, a type of navigation tool, failure of computer systems and engine failure.

The new mission, to be called Beresheet 2, was first announced in late 2020 and plans to set new global space records through a double landing on the moon and the installment of the lightest ever moon landers, each weighing 60 kg (132 pounds) without fuel.

It will be composed of three spacecraft — an orbiter and two landers — with the mission hoping to follow China in becoming only the second to successfully land on the far side of the moon.

The orbiter, known as the mothership, is set to remain in space for years, serving as a platform for educational science activities through a remote connection that allows students from around the world to participate in deep-space research.

“The Beresheet project is my life’s mission, so I decided to take it up again. I plan to do everything that is within my power to take Israel back to the moon, this time for a historic double landing,” said Kahn, who is chairman of SpaceIL.