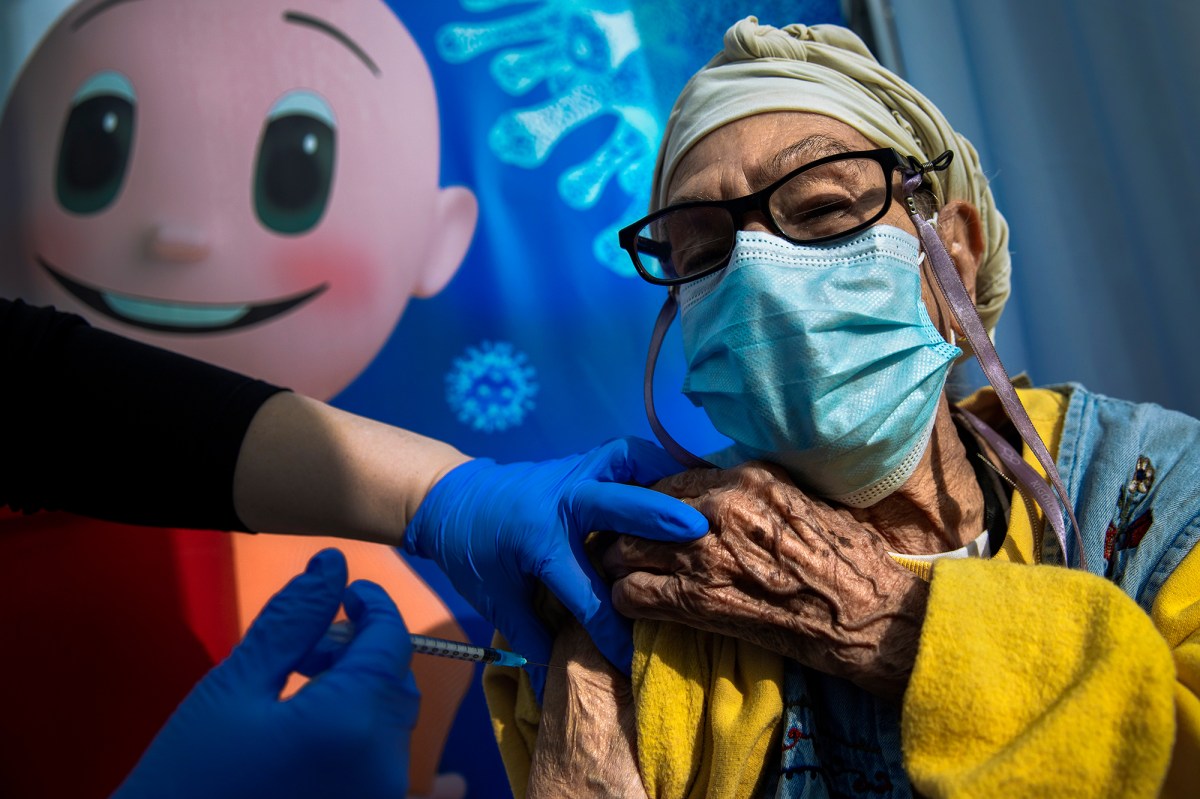 JERUSALEM — Israel’s prime minister on Thursday announced that the country would offer a coronavirus booster to people over 60 who have already been vaccinated.

The announcement by Naftali Bennett makes Israel, which launched one of the world’s most successful vaccination drives earlier this year, the first country to offer a third dose of a Western vaccine to its citizens on a wide scale.

“I’m announcing this evening the beginning of the campaign to receive the booster vaccine, the third vaccine,” Bennett said in a nationally televised address. “Reality proves the vaccines are safe. Reality also proves the vaccines protect against severe morbidity and death. And like the flu vaccine that needs to be renewed from time to time, it is the same in this case.”

The decision comes at a time of rising infections and signs that the vaccine’s efficacy dwindles over time.

Anyone over 60 who was vaccinated more than five months ago will be eligible. Bennett said the country’s new president, Isaac Herzog, would be the first to get the booster on Friday. It will be offered to the general public on Sunday.

Bennett, who is 49, said his first call after the news conference would be to his mother to encourage her to get her booster shot.

Neither the U.S. nor the EU have approved coronavirus booster shots. It’s not yet proven if a third dose helps and, if so, who needs one and when.

But Bennett said that a team of expert advisers had agreed overwhelmingly, by a 56-1 margin, that it made sense to launch the booster campaign. He said the recommendation was made after “considerable research and analysis” and that its information would be shared around the world. Preliminary studies in Israel have indicated the vaccine’s protection against serious illness dropped among those vaccinated in January.

“The findings show that there is a decline in the body’s immunity over time, and the purpose of the booster is to re-strengthen it, thus significantly reducing the chances of infection and serious illness,” Bennett said.

Israel has used the Pfizer/BioNtech vaccine on its population. Previously, boosters were used in some countries with the Chinese and Russian vaccines.

Early this year, Israel carried out one of the world’s most aggressive and successful vaccination campaigns, reaching a deal with Pfizer to purchase enough vaccines for its population in exchange for sharing its data with the drug maker.

Over 57% of the country’s 9.3 million citizens have received two doses of the Pfizer/BioNTech vaccine, and over 80% of the population over 40 is vaccinated.

The vaccination program allowed Israel to reopen its economy ahead of other countries. But Israel has seen a spike in cases of the new delta variant, even among people who are vaccinated. Bennett urged unvaccinated Israelis, especially younger people who have been hesitant, to get vaccinated immediately.

Earlier this month, Israel started giving individuals with weakened immune systems a third shot to increase their resilience against COVID-19.

Pfizer said Wednesday that the effectiveness of the vaccine drops slightly six months after the second dose. Pfizer and its German partner BioNTech have said they plan to seek authorization for boosters in August.

The World Health Organization said earlier this month that there is not enough evidence to show that a third dose is needed.

The agency’s officials have appealed for wealthier countries to share vaccines with poorer nations that have yet to immunize their people, instead of using them as boosters. Israel itself has come under criticism for not sharing more of its vaccines with the Palestinians.

The Israeli Health Ministry recorded at least 2,165 new coronavirus cases on Thursday, following an accelerating rise in infections over the past month. Serious cases of COVID-19 have grown from 19 a day in mid-June to 159 as the highly infectious delta variant has spread.

Thanks to its successful vaccination campaign, Israel lifted almost all of its coronavirus restrictions this spring. But with new cases back on the rise, the country has tried to halt the spread of the highly infectious delta variant by re-imposing limitations on gatherings, restoring a “green pass” system for vaccinated people to enter certain enclosed spaces, and an indoor mask mandate.