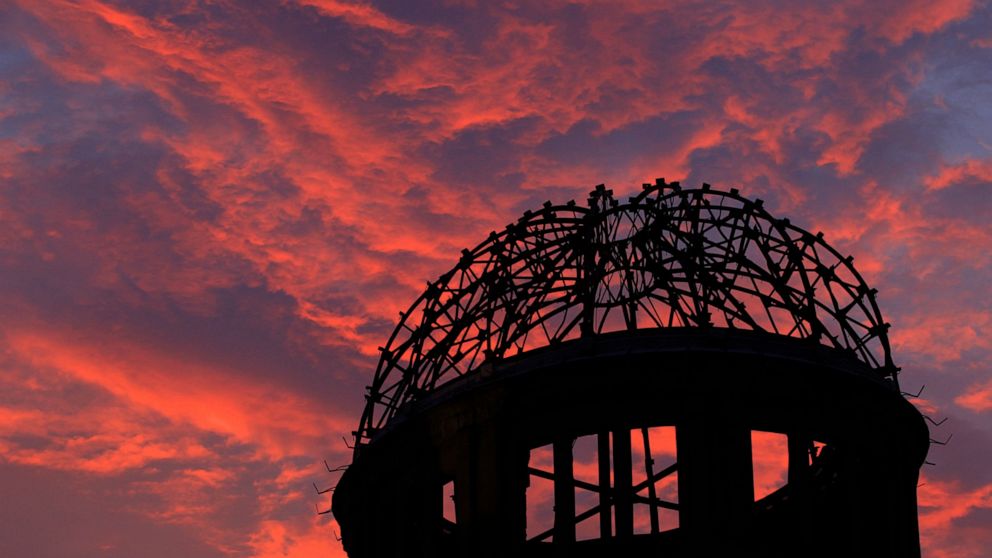 TOKYO — Many residents of Hiroshima welcome attention from abroad, which IOC President Thomas Bach will bring when he visits on Friday. The western Japanese city has been in the forefront of the world peace movement and a campaigner for the abolition of nuclear weapons.

But Bach will also bring political baggage — as will his vice president John Coates when he visits Nagasaki the same day — that is largely unwelcome in two cities viewed as sacred by many Japanese.

Bach and Coates are using the backdrop of the cities, hit with atomic bombs by the United States in 1945, to promote the first day of the so-called Olympic Truce, a tradition from ancient Greece that was revived by a United Nations resolution in 1993. They will also be signaling the start of the Tokyo Olympics in one week. The Games are going ahead during the pandemic despite persistent opposition in Japan from the general public and the medical community.

“Many Japanese believe that that IOC strictly forced Japan to have the Olympics this year,” Yasushi Asako, a political scientist at Waseda University, wrote in an email to The Associated Press. “Many Japanese believe that it is their (IOC’s) fault for having such an international event during the pandemic, and there is a high possibility that the pandemic becomes more severe after the Olympics.”

He will not be welcome by everyone.

“President Bach using the image of ‘a peaceful world without nuclear weapons’ only to justify holding of the Olympics by force under the pandemic is a blasphemy to atomic bombing survivors,” the group said in a statement. “An act like this does nothing but do harm to the global nuclear weapons ban movement.”

They also noted the poor timing. The date — Friday, July 16 — marks exactly 76 years since the Trinity nuclear test took place in New Mexico that led to the nuclear attacks on Hiroshima and Nagasaki just weeks later.

A separate group has also launched an online petition opposing Bach’s visit. The petition, which has garnered almost 70,000 signatures, is addressed to the government of Japan, the Japanese Olympic Committee, and the mayor and governor of Hiroshima.

In ordinary times, the visits — largely photo ops — would draw little attention were it not for the pandemic and the Olympics taking place. Depending on the poll and how the question is phrased, a majority of Japanese oppose holding the Olympics.

Bach defended the visit in a briefing on Wednesday, saying it was focused only on marking the first day of the Olympic Truce. He termed it an IOC offer of peace “and nothing else.”

“This is the message we are going to send in the city of peace — of Hiroshima,” Bach said. “This will have nothing to with politics. We will not politicize this visit in any way.”

Reports out of Hiroshima say the security will be similar to what was in place for President Barack Obama’s visit in 2016.

The official cost of the Tokyo Olympics is $15.4 billion, though a government audit suggests it is much more. The IOC has a large financial stake in the Olympics going ahead since almost 75% of its income is from selling broadcast rights.

Dr. Ran Zwigenberg, a specialist in the history of Hiroshima at Penn State University, noted that tying the games to the bombed city was not a problem at the 1964 Olympics. A 19-year man named Yoshinori Sakai — born on Aug. 6, 1945, in Hiroshima, the day the atomic bomb was dropped on the city — ignited the cauldron in the national stadium to open the 1964 Olympics. The image of him doing it is famous.

“The problem is the controversy surrounding the Olympics, and it’s being very politicized,” Zwigenberg told AP in an interview in Japan where he is doing research. “And that’s something that a lot of people in Hiroshima don’t like. They don’t like to have the image of their city wedded to this kind of controversial visit.”

Zwigenberg has written several books on Japanese history, including one focused on Hiroshima — “Hiroshima: The Origins of Global Memory Culture.”

“I’m generalizing here, but the people in Nagasaki and Hiroshima don’t like to have their name or image used by outside bodies, especially when it’s controversial,” he added.