Infrastructure Bill Set to be Voted Out of Senate This Week 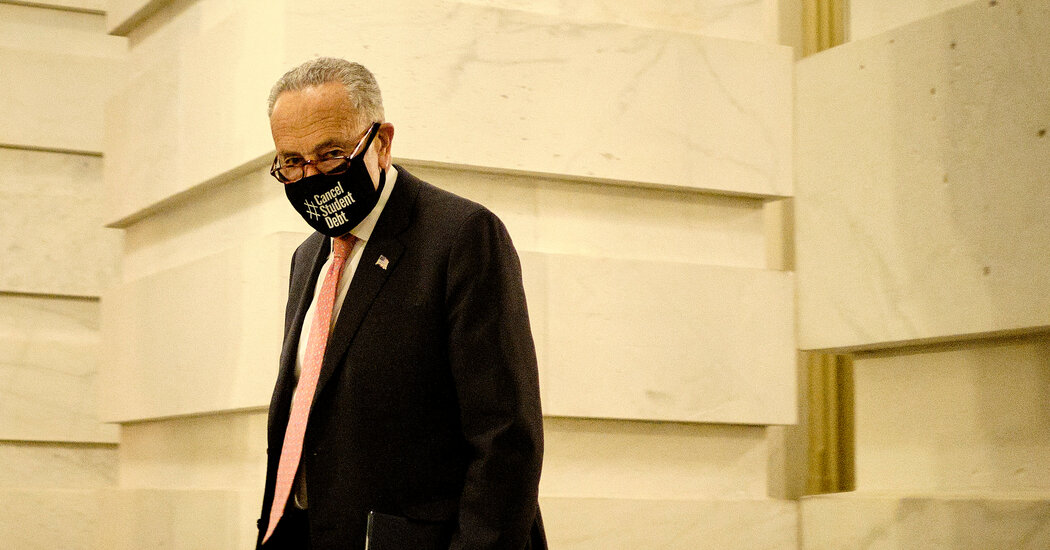 The Senate is expected to advance a $1 trillion infrastructure bill this week after lawmakers spent the weekend finalizing the sprawling measure, which would fund roads, bridges and dams as well as broadband and climate resiliency projects.

The Senate remained in Washington for an unusual weekend session, as negotiators and legislative staff haggled over last-minute changes to the 2,702-page bill. The process has been further complicated by a lack of trust between the two parties, as senior lawmakers and their staff work to help translate the agreement struck by the White House and a group of bipartisan senators.

“I know it has been difficult, and I know it has been long,” said Senator Kyrsten Sinema, Democrat of Arizona and a lead negotiator, speaking on the Senate floor just before 9 p.m. “And what I’m proud to say is that is what our forefathers intended.”

The $1 trillion legislation that negotiators filed Sunday evening would provide $550 billion in new federal funds to shore up the nation’s aging public works system, on top of the expected continuation of existing federal infrastructure programs.

Lawmakers contended their legislation was fully paid for through a patchwork of financing provisions that included repurposing pandemic relief funds and strengthening tax enforcement for cryptocurrencies. (In a speech on the Senate floor that stretched past 10 p.m. on Sunday, Senator Mike Lee, Republican of Utah, raised questions about that assessment.)

The Senate agreed last week to take up the bill, even though the bill’s text had not yet been finalized.

“We haven’t done a large bipartisan bill of this nature in a long time,” said Senator Chuck Schumer, Democrat of New York and the majority leader, on the Senate floor on Sunday as he prepared to unveil the text. The legislation, he added, “is designed to bring our infrastructure up-to-date for a new century, and that is a significant achievement.”

Democratic leaders remain adamant that the Senate will vote on both the bipartisan infrastructure bill and a $3.5 trillion budget blueprint before leaving Washington for a scheduled August recess. The budget measure is intended to unlock the caucus’s ability to pass an expansive economic package that will address climate change, health care and education. It is expected to pass with just Democratic votes, although key moderates in the party have signaled they may not support a final package of that size.

But the Senate cannot take up the budget blueprint until the chamber is finished working on the bipartisan infrastructure bill. That process is likely to drag into the week, as Mr. Schumer has agreed to allow for additional amendments to the legislation. It is unclear how many amendments there will be, or what changes they could cause in the legislation.

Democrats hope to begin the amendment process for the legislation as early as Monday afternoon, Mr. Schumer said, as lawmakers haggle over bipartisan amendments and the timing of votes.

“Senators on both sides expect and deserve opportunities to have a say and put their own state’s imprints on this major bill,” Senator Mitch McConnell, Republican of Kentucky and the minority leader, said. He pointedly added that “our full consideration of this bill must not be choked off by any artificial timetable that our Democratic colleagues may have penciled out for political purposes.”