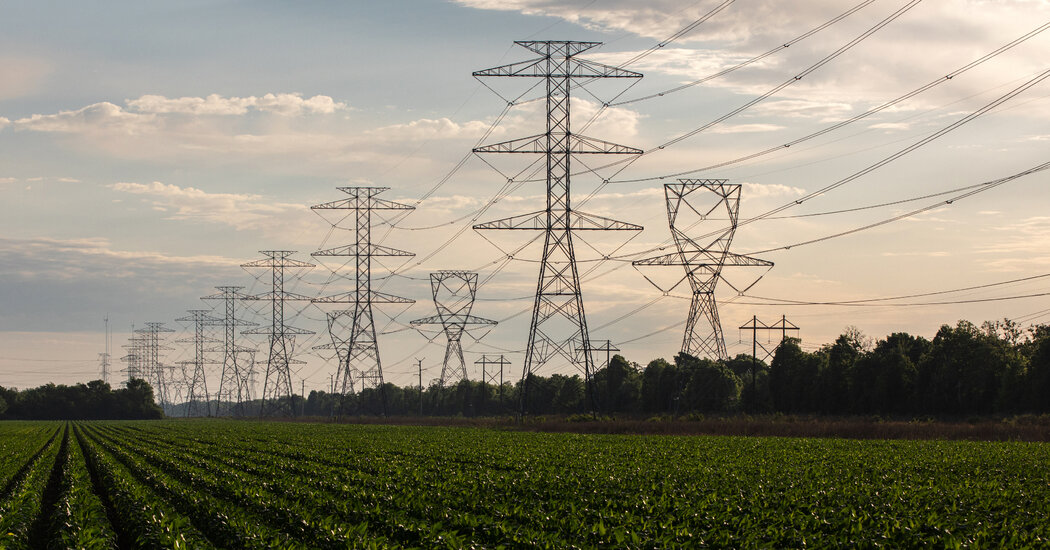 The infrastructure package has some substantial investments aimed at addressing climate change, but it is far from the transformational package that President Biden had sought.

It contains only a fraction of the money he requested for major environmental initiatives like building a network of electric vehicle charging stations and replacing the nation’s lead pipes. And the legislation extends a lifeline to natural gas and nuclear energy, provisions that have already angered House progressives.

The bill does provide $73 billion to modernize the nation’s electricity grid so that it can carry more renewable energy, the single largest federal investment in power transmission in history. And it includes billions of dollars for an array of climate resilience measures.

The compromise includes $7.5 billion to develop electric vehicle charging stations across the country, half of the $15 billion Mr. Biden requested to deliver on his campaign pledge of building 500,000 of them. And part of that money, according to the legislation, must be shared with efforts to build propane and natural gas infrastructure.

There’s another $7.5 billion for clean buses and ferries, but that is not nearly enough to electrify about 50,000 transit buses within five years, as Mr. Biden has vowed to do.

The bill would provide $15 billion for removing lead service lines across the nation, compared with the $45 billion Mr. Biden had called for and the $60 billion water sector leaders say is actually needed to get the job done.

The legislation also includes more than $300 million to develop technology to capture and store carbon dioxide emissions from power plants, and $6 billion to support struggling nuclear reactors; it also directs the Secretary of Energy to conduct a study on job losses associated with Mr. Biden’s decision to cancel the Keystone XL Pipeline.

Energy analysts said the measures in the package, particularly to modernize the electricity grid, will lay the groundwork for pivoting the nation off fossil fuels. But the bill includes no mechanism to immediately mandate the reduction of fossil fuel emissions, a policy that will be necessary to meeting Mr. Biden’s Paris Agreement pledge of cutting United States greenhouse gases 50 to 52 percent below 2005 levels by 2030.

“There’s a lot here that, no matter how you slice it, reflects a real fact on the ground, which is the United States is still 70-percent-odd reliant on fossil fuels in its energy mix,” said Kevin Book, managing director of Clearview Energy Partners, a Washington-based research firm.

“This is not a transition bill,” he said. “This is an incremental bill that includes transition components.”