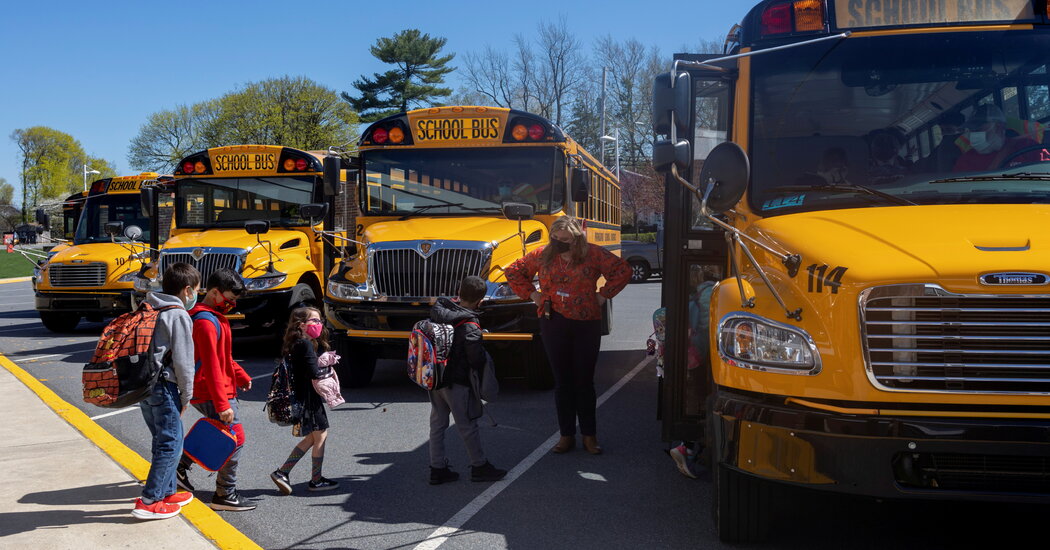 The $1 trillion infrastructure bill under consideration in the Senate includes billions of dollars dedicated to benefiting public schools and children, including funding for replacing lead pipes, upgrading school buses and making it easier for kids to walk to school.

The bill dedicates $15 billion over five years with an increasing amount of money each year — from $2.4 billion next year to $3.25 billion in fiscal year 2026 — for grants to clean up drinking water by removing lead-contaminated pipes and making other infrastructure upgrades. That includes at least $25 million per year for “small and disadvantaged communities.”

Democrats and Republicans alike have touted the effort to clean up water sources, as school systems around the country still struggle from lead-infested pipes. The crisis in Flint, Mich., over lead in the city’s water supply drew international focus on the long-term effects of lead exposure for children there. Cities with an industrial past, including Baltimore, Cincinnati and Chicago, have long histories of exposure to lead in the air, soil and water, an environmental legacy of decades of manufacturing.

Baltimore public schools, for instance, still do not let children drink from school water fountains because of the high levels of lead in the pipes there. On Fox News Sunday, Brian Deese, a senior economic adviser to President Biden, said the bill would “finally bring clean water to our schools,” and Senator Shelley Moore Capito, Republican of West Virginia, said the legislation would result in “less poisoning for your children in their water systems because of lead pipes.”

The legislation also sets $5 billion aside to upgrade America’s school buses to clean-energy models, such as those that run by electric charge instead of fossil fuels, giving priority to low-income, rural and Tribal school districts. Half of the funding will go to zero-emission school buses and the other half to buses that run on alternative fuels.

“Our country is going to buy 20,000 new school buses over the next couple years. Should those buses be made in China or made in America?” said Senator Mark Warner, Democrat of Virginia, speaking in favor of the new resources. “I think they ought to be made in America.”

The bill also mandates a study of how to increase school bus safety through technological updates, such as adding cameras and better lighting to the vehicles, and aims to cut down on drivers who illegally pass school buses with the creation of a public messaging campaign.

It would also allocate at least $1 million per state to create plans for students to walk or bike safely to school from within a two-mile radius of the school building.