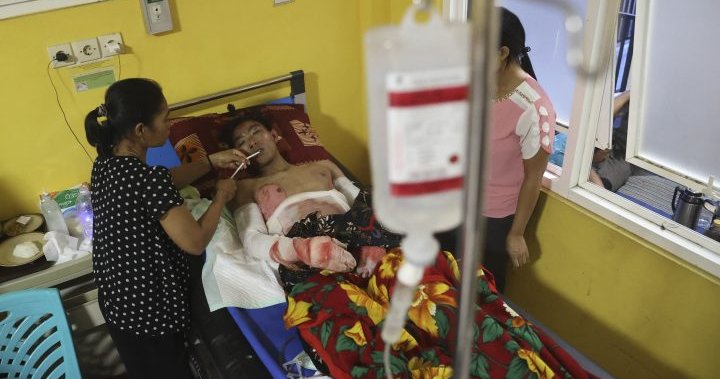 Rescuers were sifting through smoldering debris and thick mud in search of survivors a day after the highest volcano on Java island erupted with fury, killing at least 14 people with searing gas and ash.

Mount Semeru in Lumajang district in East Java province spewed thick columns of ash more than 12,000 meters (40,000 feet) into the sky in a sudden eruption Saturday triggered by heavy rains. Villages and nearby towns were blanketed and several hamlets buried under tons of mud from volcanic debris.

Authorities warned the thousands of people who fled the volcano’s wrath not to return during Sunday’s lull in activity. But some were desperate to check on livestock and possessions left behind. In several areas, everything — from the thinnest tree branch to couches and chairs inside homes — was caked with ash.

“There’s no life there … trees, farms, houses are scorched, everything is covered in heavy gray ash,” said Haryadi Purnomo of East Java’s search and rescue agency. He said that several other areas were virtually untouched.

Search and rescue efforts were temporary suspended on Sunday afternoon because of fears that hot ash and debris could tumble down from the crater due to heavy rains. On Saturday, a torrent of mud destroyed the main bridge connecting Lumajang and the neighboring district of Malang, as well as a smaller bridge.

The eruption eased pressure that had been building under a lava dome perched on the crater. But experts warned that the dome could still further collapse, causing an avalanche of the blistering gas and debris trapped beneath it.

A thunderstorm and days of rain, which eroded and partly collapsed the dome atop the 3,676-meter (12,060-foot) Semeru, triggered the eruption, said Eko Budi Lelono, who heads the geological survey center. 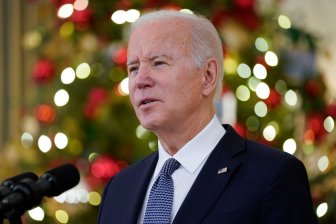 If Russia invades Ukraine, U.S. payback could be all about money 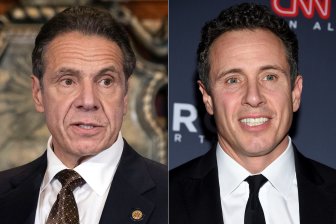 Semeru, the stratovolcano in shape of a cone, is also known as Mahameru, meaning “The Great Mountain” in Sanskrit. It has erupted many times over the last 200 years. Still, as with other volcanoes — it is one of 129 under watch in Indonesia, the world’s largest archipelago — more than 62,000 people call Sumeru’s fertile slopes home. It last erupted in January, with no casualties.

Indonesia, an archipelago of more than 270 million people, is prone to earthquakes and volcanic activity because it sits along the Pacific “Ring of Fire,” a horseshoe-shaped series of fault lines. Currently 54% of the country’s population live on Java, the country’s most densely populated area.

Officials said earlier they had hoped they could avoid casualties by closely monitoring the volcano.

More than 1,300 villagers streamed into makeshift emergency shelters after Saturday’s powerful eruption, but many others defied official warnings and chose to remain in their homes, saying they had to tend to their livestock and protect their property, said Purnomo.

“We’ll do everything we can to evacuate them by preparing trucks and motorbikes for them to flee at any time,” he said.

Indonesian President Joko Widodo said he instructed his Cabinet ministers and disaster and military officials to coordinate the response. The government pledged to relocate residents from hardest-hit villages to safer places in the next six months and to provide 500,000 rupiah ($34.50) per month in compensation for each family while waiting for new houses.