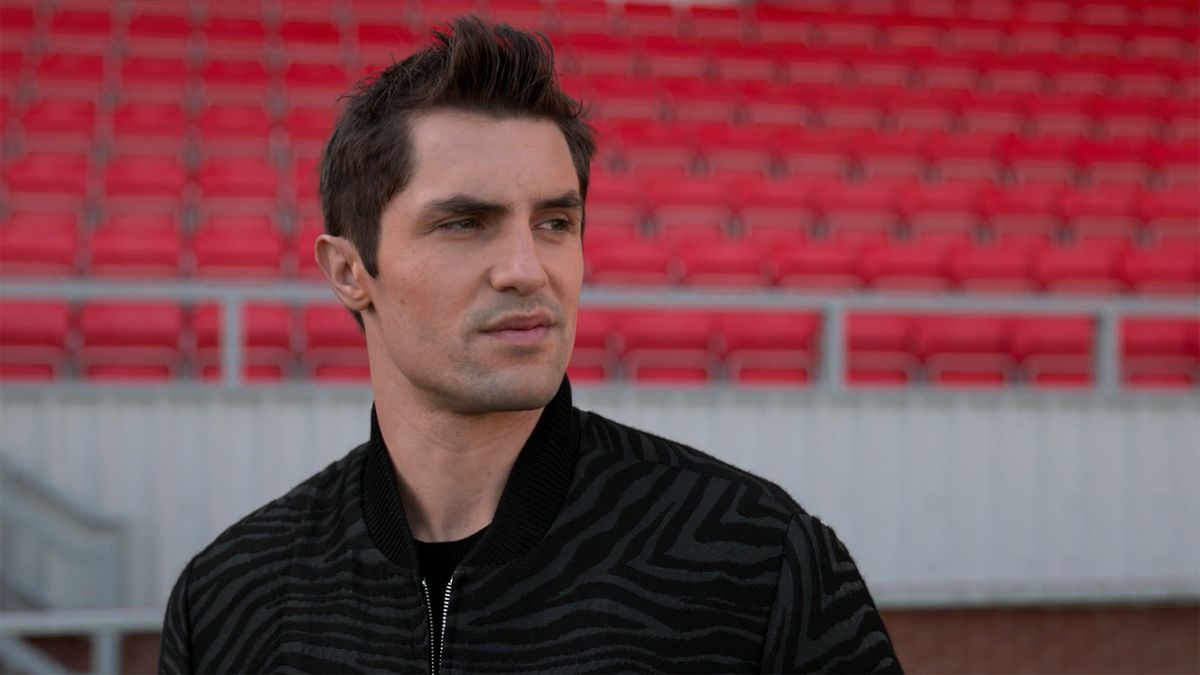 Ted Lasso is a TV show about overcoming adversity. Despite the humor and optimism that runs through Apple TV Plus’ most popular series to date, it doesn’t overlook the struggles that its eclectic cast of characters go through – and, ultimately, their ability to rise above it.

With season 1 focusing on the hardship of key characters including Ted (Jason Sudeikis) and Rebecca Welton (Hannah Waddingham), season 2 trains its eye on the show’s supporting cast and the troubles – personal and professional – that they must conquer to grow as individuals.

That includes Jamie Tartt. The antagonistic former AFC Richmond star’s circumstances are a mystery at the start of Ted Lasso season 2 but, by the end of episode 1 – titled Goodbye, Earl – it appears that Jamie, more than anyone, needs a helping hand.

Ahead of season 2’s premiere, TechRadar sat down with Jamie Tartt actor Phil Dunster to discuss his character’s stuttering soccer career. We also discuss the series’ examination of difficult real-life subjects and whether we’ll see Jamie in a Richmond shirt ever again.

Ted Lasso’s season 1 finale left Jamie at a crossroads. Recalled from his Richmond loan spell by Manchester City, the attacker ended up relegating Richmond by setting up City’s winning goal on the final day of last season.

Rather than celebrate Richmond’s demotion to England’s second tier, though, the egotistical soccer player found himself mulling over his part in proceedings – especially after Ted leaves him a note praising his unselfish behavior in assisting a goal rather than trying to score himself.

Fast forward to season 2 and Jamie is conspicuous by his absence. That is, until the final scene in episode 1.

To Roy’s surprise, arch-rival Jamie is revealed to be part of the series’ line up. So how did he go from starring for Manchester City to appearing on a reality TV show?

“Jamie’s at this place now where he’s trying these different avenues,” Dunster exclusively tells us. “Maybe he feels like he couldn’t continue to do all that work on his own [without Ted]. Perhaps he’s stepping away from football and maybe trying something that is less to do with his talent.”

It appears, though, that Jamie is missing Ted and AFC Richmond’s players. Deprived of their infectious optimism, collective spirit and support, the former Richmond superstar is seemingly taking control of his life for the first time – but that doesn’t necessarily mean that Jamie’s self-made decisions are what’s best for him.

Still, he’s unlikely to admit to missing his former soccer coach and teammates. Based on his brief appearance in season 2’s premiere, Jamie is as narcissistic and cocky as he was in season 1. Dunster, though, believes that it’s all a front on Jamie’s part to hide his deep-seated insecurities, which Ted was seemingly getting to the crux of before Jamie’s Richmond departure.

“Jamie spent the first season tussling with emotional growth and doing some emotional heavy lifting for the first time in his life,” Dunster admits. “His shift in location [back to Manchester City] means that he’s no longer around those people who were helping him try to grow. I think by doing that [emotional growth] on his own, by this point, he’s been trying too hard and he’s tired of doing it, and that’s one of the reasons why we see him at this crossroads [in his life].”

Tackling tough topics on and off the field

Despite its uplifting and heartwarming moments, Ted Lasso doesn’t shy away from real world issues at the centre of the so-called ‘beautiful game’.

The alarming rise in online discrimination towards soccer players, particularly England’s Black footballers following the UEFA Euro 2020 final, made headlines across the globe and saw Sudeikis sport a sweater in support of those who were racially abused.

It isn’t, though, the only unwelcome aspect of the world’s most popular sport. Sexism and homophobia, among other prejudices, are also rife throughout the game and, in many instances, they appear to boil down to one major societal issue that has been prevalent in recent years: toxic masculinity.

It’s a topic that’s been explored in Ted Lasso before. During season 1’s finale, Ted is shocked to overhear Jamie’s dad scream – and physically abuse – his son for assisting Manchester City’s winning goal rather than scoring himself. It makes for hard viewing and, unsurprisingly, leaves its mark on Ted and Jamie.

Jamie’s brief appearance in season 2’s first episode, then, is his way of trying to escape his father’s soccer-based mistreatment by removing it from his life, albeit temporarily.

For Dunster, the examination of such difficult subject matter is what sets Ted Lasso apart from its contemporaries.

As he puts it, Ted Lasso isn’t a show that’s eternally positive. By reckoning with tough topics, he hopes that viewers recognize that, much like the graft that Ted and Richmond’s squad have to put in to become better players, hard work and education are required to try and eradicate these issues from soccer and society as a whole.

“There’s a phrase in the show that goes ‘be curious, not judgmental’, and it’s so powerful and profound,” Dunster says. “It’s a very simple thing but it’s difficult to put into practise. As a series, you see us challenge things like toxic masculinity and mental health, but one of the things that the show does really well is it looks at them in an obtuse way. We’re not going ‘Oh, that toxic masculinity is real’; the writers and creators look at it through a sense of vulnerability and understanding. Hopefully that comes across to the audience.”

Even though his soccer career is temporarily on the back burner, Jamie’s love for the game still shines through. His unashamed ‘I’m the island’s top scorer – sexually!’ comment in episode 1 teases the prospect of a return to the field in the future. So what can Dunster tell us about Jamie’s next steps? Is a Richmond return on the cards, for instance?

“You’ll see a more emotionally evolved character [in season 2],” Dunster teases without giving much away. “I think Jamie will continue to tussle with his issues as we go forward and, just maybe, start to understand that the work is rarely finished.”