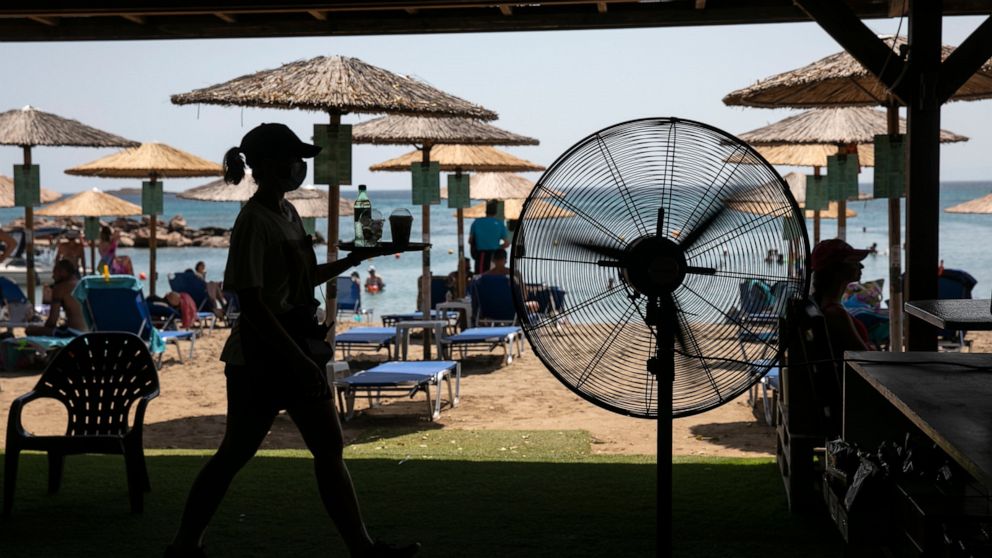 ATHENS — Greek authorities ordered additional fire patrols and infrastructure maintenance inspections Friday as the country grappled with a heat wave fed by hot air from Africa that is expected to last more than a week.

The emergency measures will also include efforts to create more air-conditioned areas open to the public in cities around Greece and at refugee camps, though the efforts are complicated by COVID-19 pandemic-related limits on how many people can gather together.

Temperatures in Greece and nearby countries in southeast Europe are expected to climb to 42 degrees Celsius (107.6 F) in many cities and towns on Monday and ease only later next week.

Officials said the additional inspections were aimed at preventing water and power outages, with the increased use of air conditioning testing the country’s energy capacity.

“This is a dangerous weather phenomenon. We have been saying it from the start of the week,” said Theodoris Kolydas, director of Greece’s National Meteorological Service.

“The conditions will be stubborn and only subside gradually… very hot air masses from the shores of Africa are heading toward our region.”

As the temperatures rose, three separate wildfires damaged homes in southern Greece this week, outside Athens and the western city of Patras.

“On average (in mid-summer), we are dealing with about 50 fires per day, and many of those are under difficult conditions. That number is clearly increasing each year,” Hardalias told private Antenna television.

“It’s a phenomenon that’s gradually getting worse. Climate change is now a climate threat. I say it everywhere I go. We all have a responsibility to protect the country,” he said.