How to Watch the Scripps National Spelling Bee: Time, Channel and More 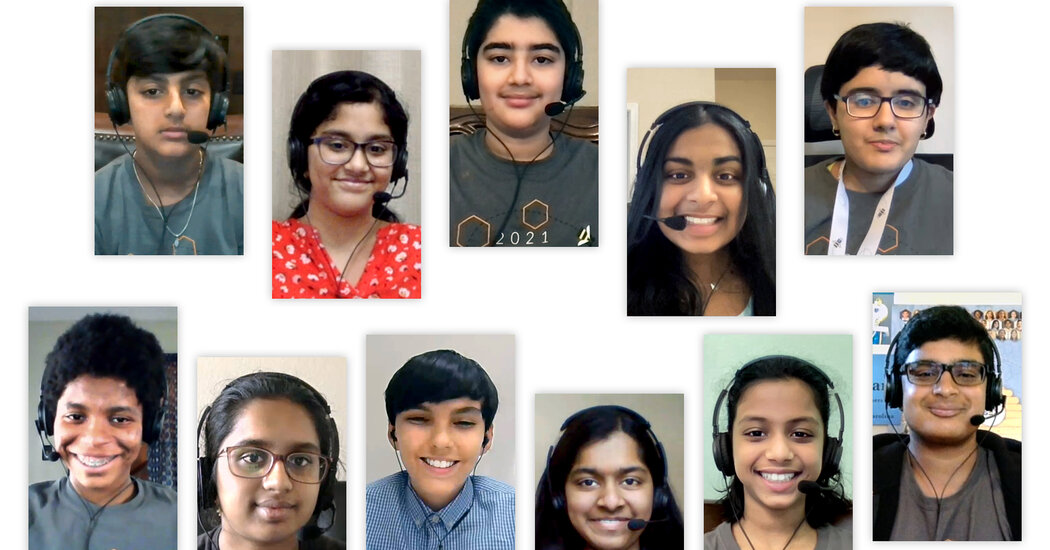 Eleven students will compete in the finals of the Scripps National Spelling Bee on Thursday night, the contest that has pitted kids against orthographical nightmares for almost a century, doling out tens of thousands of dollars in prizes and promoting literacy skills in the process.

The national contest was called off in 2020 because of the pandemic, the first time since World War II that the event had been canceled. This year, the semifinals and earlier rounds of the competition were held remotely, so the finals, held at Walt Disney World near Orlando, Fla., will be the first time the spellers will come together onstage.

The New York Times, which has covered spelling bees large and small for almost 150 years, will continue that tradition on Thursday, reporting live on the spellers’ stories and the words they face. (Definitions will mostly come from the contest’s dictionary partner, Merriam-Webster.)

The finals will be broadcast Thursday at 8 p.m. Eastern time on ESPN2 and ESPNU, and should run to about 10 p.m. or slightly later. New provisions for a possible “lightning round” spell-off have been created in the event of a tie, reducing the chances of a marathon, multispeller victory like the one that took place in 2019.