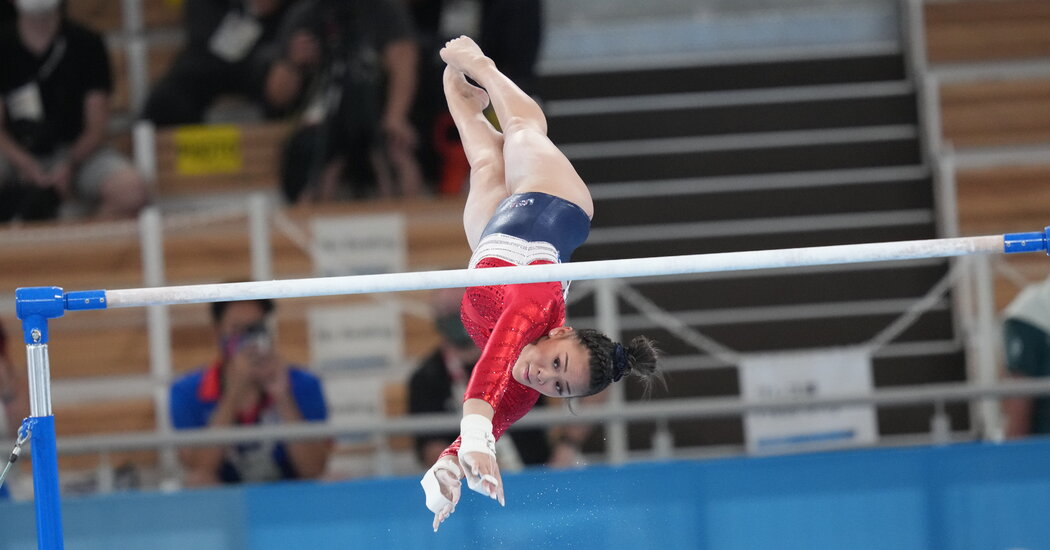 Simone Biles will not repeat as the Olympic all-around champion on Thursday after pulling herself from the event. The shake-up, which came after she withdrew from the team competition on Tuesday, opens the door for her teammate Sunisa Lee, or Rebeca Andrade of Brazil, or the Russians, or the Chinese, to win the individual title, though Biles could still participate in the four apparatus finals next week.

The United States has won every Olympic all-around title since 2004, when Carly Patterson became the first American victor since Mary Lou Retton in 1984. Brazil has never won an Olympic medal in women’s gymnastics.

How to watch in the United States

LIVE: The competition begins Thursday at 6:50 a.m. Eastern time and can be streamed live via the NBC Olympics site, Peacock or the NBC Sports app.

TAPE DELAY: Many fans will prefer to stream a replay or watch the tape-delayed broadcast, which will air on NBC at 8 p.m. Eastern time. To avoid spoilers, turn off mobile news notifications and try to stay off social media.

How the competition will work

The all-around will test 24 individual athletes on vault, uneven bars, balance beam and floor exercise. Their scores on each apparatus will be totaled to determine the most complete gymnast.

Lee and Jade Carey will represent the United States. Biles’s decision to step back created the spot for Carey, who would have qualified for the competition if not for a rule that allows only two gymnasts from any country to compete in it.

Lee is the second-best all-around gymnast in the United States, behind Biles, and is a strong contender for a medal. At the Olympic trials, she outscored Biles on one of the two days of competition, something no other gymnast had done since 2013.

Lee, 18, will also compete next week in the uneven bars and beam finals. She has a good chance of becoming the Olympic champion on the bars because her routine is the most difficult in the world. In the team final on Tuesday it scored a 15.4, tying for the highest mark in women’s gymnastics at these Games so far.

Carey did not win silver with the U.S. team on Tuesday because she secured her own spot in the Olympics, separate from the U.S.A. Gymnastics selection process, by ranking first on the vault in the multiyear World Cup series. She is capable of winning individual medals on vault and floor and has already qualified for both of those finals next week.

The yearlong postponement of the Olympics allowed Carey, 21, to improve her uneven bars and beam skills. As she steps up for the all-around, she will need to score her best on those two events to contend for a medal. But Carey will finish the day on the floor exercise, where she could debut a risky skill: a triple-twisting double layout. It would be the hardest tumbling pass ever performed by a woman.

Gabby Douglas, the 2012 Olympic champion, was similarly left out of the all-around in 2016, despite qualifying in third place behind Biles and Aly Raisman.

Andrade placed second in the qualification, where her competition went so well that, for a fleeting moment, it seemed her total score could have surpassed Biles’s. She earned a 15.4 that night after executing a near-perfect Cheng, a very difficult vault that only a handful of gymnasts can do.