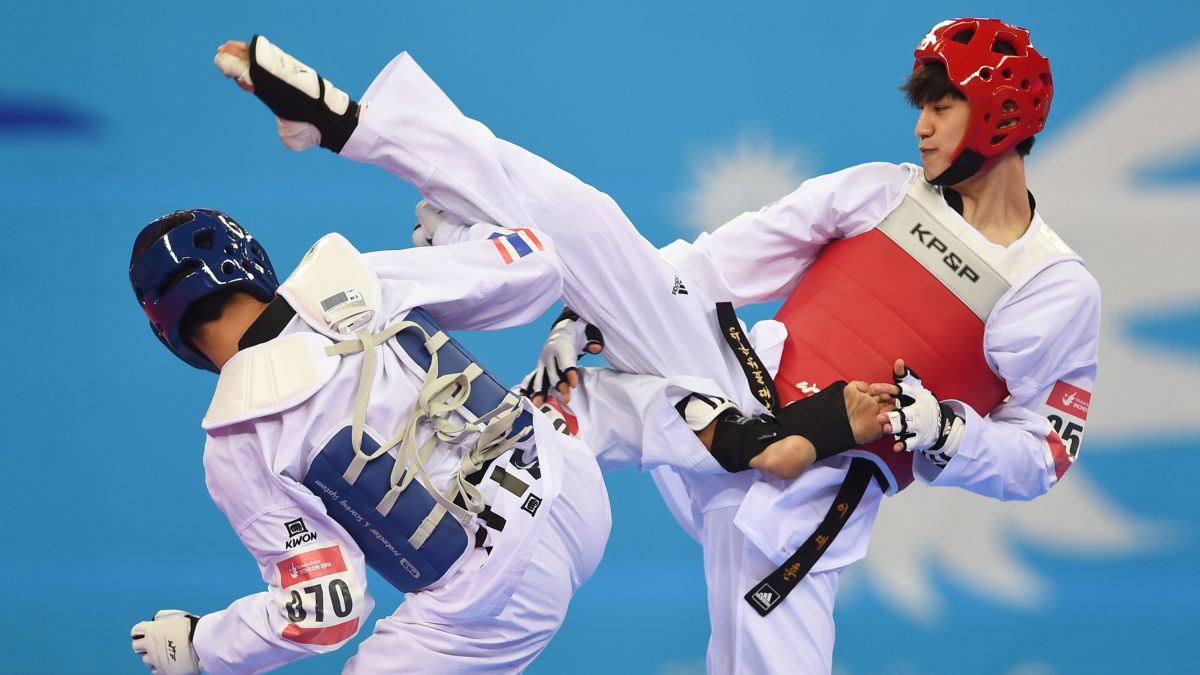 Taekwondo—the combat sport meaning the “way of kicking and punching”—is a relatively new addition to the Games, only becoming a full-medal sport in Sydney in 2000 after being a demonstration discipline for years. Read on to see how to watch a taekwondo Olympics 2020 live stream and all of the times, costs and free viewing locations.

While taekwondo was largely dominated by Asian athletes at its debut, over the years a mix of skilled athletes from across Europe, America, and Africa have made history by taking home gold.

With Tokyo scheduling taekwondo events at the beginning of the Games to maximize viewership, you’ll want to tune in to watch taekwondo at Olympics 2020. Below, we discuss how to live stream Olympics events, and some key dates you won’t want to miss.

There is a huge wealth of free viewing options across the world if you’re looking for an Olympics 2020 live stream. While the Olympics Channel will be showing highlights, regional broadcasters will be the places to catch full coverage.

For instance, UK residents can catch a lot of the main Olympic events this year across BBC One, BBC Two, and online via BBC iPlayer, and Australian residents can tune into Channel 7 or 7Plus online which has some of the best free coverage in the world this year.

How to watch your Olympics live stream when abroad

While you’ll be able to watch an Olympics live stream from the large majority of countries, you may face difficulties if you’re trying to tune in to your usual streaming platform while abroad.

That’s because streaming platforms tend to geo-block their content, stopping you when you’re abroad. Luckily, there is a very simple way to resolve this issue – by using a VPN.

Download one of the best VPN services and you’ll be able to override these geo-blocks and watch the Olympics like you’re back home. This saves you having to track down a dodgy stream while you’re on holiday.

Use a VPN to watch Tokyo 2020 Olympic Games from anywhere

ExpressVPN – get the world’s best VPNWe have spent hours and hours trying out all of the best VPNs, testing them on all of the key categories like speed, security features and their design.

From these tests, one VPN provider has stood out above the rest – ExpressVPN. In all categories it excels and luckily, it is compatible with all of your devices including Xbox and PlayStation, Android and Apple phones, Amazon Fire Sticks, Google Chomesticks, smart TVs and more.

If you sign up for a year long plan right now, you will get an extra 3 months thrown in for free. Don’t have a good experience with it? You have 30 days to get all of your money back!

1. Download and login to a VPN – as we’ve said above, our top choice is ExpressVPN

3. Go to the broadcaster’s live stream – For example, those from the UK can head on over to BBC iPlayer

The first place to head for UK coverage will be BBC One, Two and BBC iPlayer which are all hosting some of the biggest events for the Olympics.

Alternatively, for a more detailed level of coverage, you can use either Discovery+ or Eurosport which both have the UK’s most comprehensive Olympics coverage.

Discovery+ can be watched from your phone, laptop, or Smart TV for free, but you can also upgrade to the Entertainment pass for £4.99 per month or £49.99 per year—be sure to take advantage of the free 7-day trial too.

Eurosport costs £6.99 per month, but subscribe for a year to bring this down to just £4.99 per month. Watch Eurosport on your TV by Chromecasting or connecting a laptop with an HDMI cable, or—if you’re an Apple TV user—stream it directly from your Apple device.

Going on holiday for the 2020 Olympic Games? Not a problem—download and install a VPN to continue accessing UK streaming services from anywhere in the world.

Tune in to the 2020 Olympics in the US by heading to NBC, either online or via your TV, if you have cable access. If you don’t have cable, that’s also not a problem—you can use one of a couple of other services offering Olympics coverage.

While Peacock TV has some highlights, coverage and other bits of Olympics content, it is by no means the most comprehensive – a better option would be Sling TV.

Sling TV will also be live-streaming the Tokyo Olympics—the Sling Blue package costs $35 per month and includes NBCSN access, and your first month is just $10, too.

Or, you could also check out FuboTV which will be offering a lot of Olympics coverage and it has a free 7-day trial. This does go back up to $64.99 after the trial though.

Get the best offer on TV streaming services

How to watch Olympics hockey in Canada

Those in Canada can catch Olympic taekwondo events across a variety of channels, including TLN, TSN, CBC, and Sportsnet. Plus, if you don’t have cable, you can access the last three online instead via their independent streaming services.

Out of all of the options, CBC will be the best choice with a large amount of free Olympic coverage. Alternatively, TSN and Sportsnet have coverage but you do need to pay for them.

Taekwondo fans down under can head to Channel 7 for free Olympics coverage, or use the online 7plus streaming service instead—this is available on any internet-enabled device, including your smart TV.

More 2020 Olympics broadcasters around the world

Don’t live in any of the countries we’ve listed above? Not to worry, the Olympics are available to watch from the large majority of countries around the world. While some countries won’t have free viewing options or as many choices, you should have an option available in your region.

Unsurprisingly, the list of viewing platforms is very extensive but luckily, there is a dedicated Wikipedia page with all of the different channels airing the Olympics.

Compare the best overall VPN services in 2021 by price: