How to Survive a Plague, Part 2 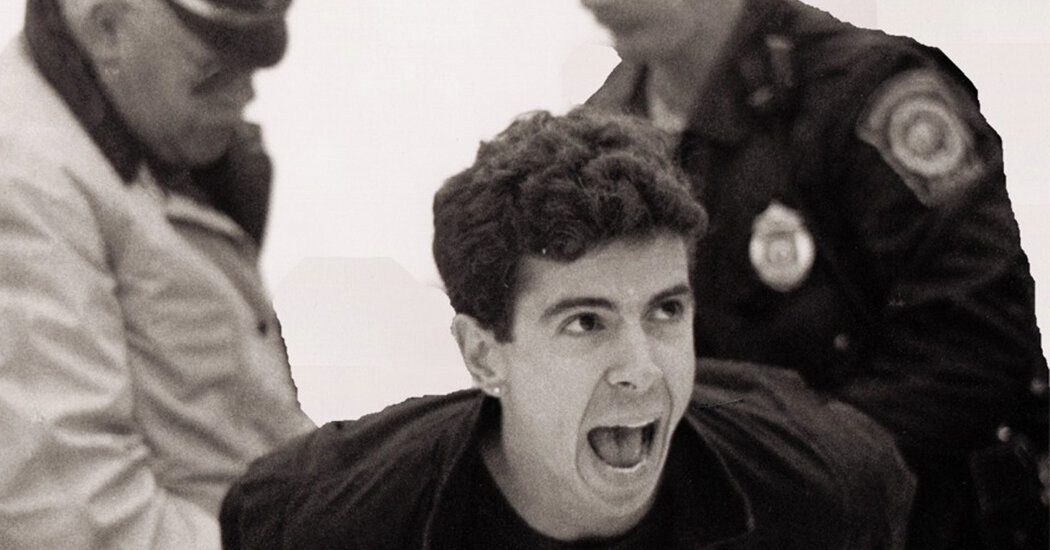 This week, Mayor Bill de Blasio announced that workers in the city hospital system would be required to get the Covid vaccine or submit to weekly testing. If you were surprised by the development, it was almost certainly because you assumed that nurses and doctors and orderlies and administrators — those with such an intimate connection to so much devastation — had been vaccinated already for months.

In fact, the immunization rate for public hospital workers is lower than the citywide average, and if that weren’t concerning enough, the Police Department revealed on Wednesday that it had administered vaccines to just 43 percent of its staff. Its “newest internal messaging,” the department said in a statement, was centered on addressing “rumors, misinformation and concerns with vaccination,” the area where the discourse might have begun a long time ago. Driven by the aggressive Delta variant and an entrenched skepticism or deeply held mistrust, some New York neighborhoods are witnessing Covid positivity rates climb above 5 percent — last November, a citywide figure of 3 percent signaled a new wave of the pandemic and occasioned the closure of schools.

While the political class might be firing the ammunition of mandates, fines, or — in the case of poor minority communities where a fear of the medical establishment is genuine — sensitively focused education efforts, it is going to war with the soft weaponry of stunt and easy rhetoric. It feels like regression. Two years ago, amid a measles outbreak, New York became one of a handful of states in the country to eliminate religious exemptions for school vaccinations. “I’m shocked we got it passed,’’ Brad Hoylman, a state senator representing the West side of Manhattan, told me recently, pointing out that the new law came into being without the support of public health officials. A few months later, New Jersey tried to push through similar legislation and failed.

To understand the current moment, it is important to realize the extent to which denialism has been such a powerful current in the history of American public health. In response to mandatory smallpox inoculation in Massachusetts in the late 19th century, a pamphlet titled “Vaccination Is the Curse of Childhood” made its way around Boston, encouraging parents to find doctors who would help them game their way out of safeguarding their children against a highly contagious disease. Nearly 100 years later, those fighting the AIDS epidemic were left to deal with a dangerous movement, prompted by the writing of a molecular biologist named Peter H. Duesberg, who argued that the alleged libertine lifestyle, particularly recreational drug use, among gay men ultimately destabilized the immune system and caused AIDS, not H.I.V., which he considered a benign passenger virus.

I recently spoke about some of this with Peter Staley, who along with Larry Kramer was one of the two most influential activists of the AIDS era, the center of the acclaimed documentary “How to Survive a Plague.” Mr. Staley had been a critic of the de Blasio administration’s slow start to the containment of the coronavirus, and I wanted to talk to him about the challenges of changing behaviors and combating insidious fallacies in a time of so much disruption to public health.

“It’s hard to sell things to people when you don’t have any data, but what we’re learning with Covid is that it’s also hard to sell things to people with all the data in the world,” he told me. The year 1985 was a pivotal one in the course of AIDS because epidemiological predictions were coming true — the case rate was exploding — and the Centers for Disease Control determined that condoms offered good protection against transmission. Before this point, all that existed in terms of a prevention campaign was essentially Larry Kramer screaming at gay men to abstain from sex.

Because of the long lag time with H.I.V. between infection and illness, many young people were removed from the horrors of the crisis in the earliest years. But by 1985 everyone knew someone who was sick or dying, Mr. Staley said. “Nothing focuses the mind more than illness and death right in front of you, and if there is any analogy it is that this week we are seeing politicians”— Mitch McConnell and others on the vaccine-resistant right — “telling people to get vaccinated.”

The data has shown us that the very, very sick are almost entirely those who have forgone inoculation, a reality given explicit emotional illustration in a widely shared Facebook post, which also arrived this week, from a doctor, Brytney Cobia, in Birmingham, Ala., a state where only one-third of the population is fully immunized.

“I’m admitting young healthy people to the hospital with very serious Covid infections,” she wrote. “One of the last things they do before they’re intubated is beg me for the vaccine. I hold their hand and tell them that I’m sorry, but it’s too late.”

Between 1985 and 1986, H.I.V. infection rates plummeted, but Mr. Duesberg’s debunked theories arrived in 1987, a threat to the progress. Activists and scientists joined forces to battle the deception. “Sometimes you have to be ruthless,” Mr. Staley says today. “Fighting denialism is the work of day-to-day combat.” It persisted for decades. As late as the 2000s, Mr. Staley found himself working to shut down a documentary that promoted the idea that H.I.V. was harmless. It featured an interview with Christine Maggiore, a prominent AIDS denialist and the subject of an earlier, similar film, who ultimately died of complications related to AIDS in 2008. Her daughter, also H.I.V. positive, died a few years earlier.

“Everyone knows someone who is healthy with H.I.V.,” he said. “The denialists have all died.”