This week, the Americans with Disabilities Act turned 31 years old. For the uninitiated, the landmark civil rights law “prohibits discrimination” against people with disabilities in many aspects of life including in the workplace, at school, on transportation, and places open to the general public. While the law has helped enrich the lives of many people within the disability community, we are still a marginalized group. Disabled people still have many issues to fight for themselves and other minority groups they may belong to.

When someone says the word “protest,” the image that probably comes to mind is a crowd of people marching, holding signs, and chanting demands for change. But unfortunately, marches are not accessible to everyone. Walking in a crowd is physically hard for some—particularly those with disabilities—and others may feel unsafe entering a large gathering (we’re still in a pandemic, after all) or putting themselves close to police presence. However, a protest—or “a complaint, objection, or display of unwillingness usually to an idea or a course of action”—can take artistic, conversational, and digital forms, and social justice and political reform work certainly doesn’t end when public demonstrations are over.

To commemorate the anniversary of the ADA, earlier this week, President Biden invited disability activists like Judy Heumann and Ali Stroker to the White House. While he acknowledged that there is still progress to be made, some parts of his speech made me realize just how much work disabled people have ahead of us. He said, “May God bless you and all of you dealing with disabilities. You’re—you are an inspiration to all of us.” As a wheelchair user, I have spent much of my life fighting to be seen as anything other than an “inspiration” for existing.

The disability community and our fellow marginalized groups have a lot of protesting to do before the mainstream media will acknowledge that our lives deserve to be as fulfilling as everyone else’s. To explore how we can all continue to organize and shift power—even without marching—ELLE.com spoke with several social justice and political leaders to get their expert advice on how drawing, tweeting, and spending can create change. Below, find several ways you can continue to protest, even if you’re not physically showing up.

Take a Stand With Your Art

Art has been an effective method of protest since as far back as the Dadaist period, when people gathered at the infamous Cabaret Voltaire nightclub in Zurich, Switzerland for performances that protested World War I. They cut out newspaper headlines to create the first protest collages and then everything evolved from there. We often think of street murals and powerful photographs taken at marches as the best examples of protest art, but every creative representation of a social or political message counts as such, and signs don’t have to be exclusive to the streets, either. Grab a poster board and markers, and write your truth to display on your lawn, in your window, or even on your living room wall.

“Art allows people to envision a better world,” says social justice artist Shirien Damra, whose portraits of Black people killed by police have gone viral on Instagram. She first began posting her work after Ahmaud Arbery’s death and has since completed drawings of Breonna Taylor, George Floyd, and Elijah McClain. “My [subjects] in the drawings usually have their eyes closed,” she says. “It’s a symbol for inward reflection. We need to consistently have deep reflection if we want to change.” 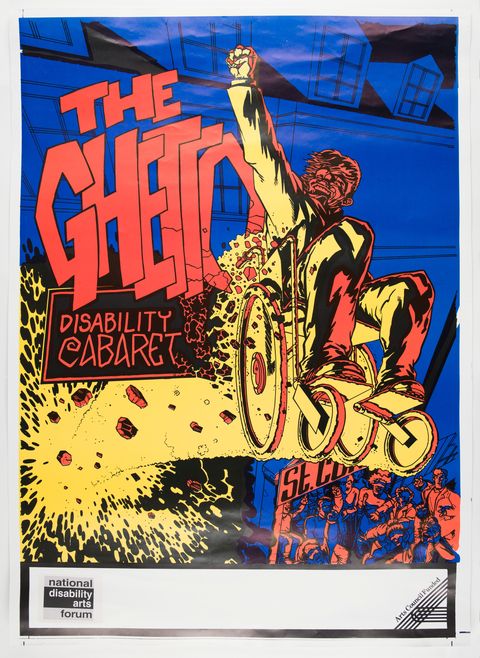 When making art, the medium doesn’t matter as much as your connection to it, Damra says, so it’s important to take time to discover what inspires you to act. (She points out that collage is often an effective technique for people who don’t have drawing skills but still want to express themselves.) She also encourages people to include calls to action in their artwork whenever possible, as they might inspire further activism. “Art speaks to a lot of people in ways that political analysis and news and other things don’t necessarily touch.”

Kezia Williams is tired of empty calls to action. “Calls to action are just that—calls,” says the founder of The Black Upstart, a program that teaches Black entrepreneurs how to launch their businesses and eventually become employers. “There are no results unless you’re able to practice exactly what you preach.” In 2020, Williams launched My Black Receipt, an initiative that encourages people to “put your receipt where your protest is.” She asked her friend Torrence Reed, the founder and CEO of Zoom Technologies, to create software that would allow people to upload their receipts from Black-owned businesses. The initiative first launched last year on Juneteenth. The goal was to reach $5 million over 17 consecutive days; instead, it raised $7.5 million.

Making a conscious choice to buy Black is not a trend, Williams says, it’s a lifestyle change. It’s also a choice that may require compromise. If you choose to purchase a book from a Black-owned bookstore, it may take longer to get to your doorstep than if you ordered it from Amazon. The bookstore owner has higher upkeep costs and less access to discounts, so it could cost more, too. “And my call to action around that is grace,” William says. “Grace around the purchase, grace around the process.”

But as you commit to buying from small, Black-owned businesses, also be sure to track the promises bigger companies make around diversity and day-to-day practices. “A fund is just a promise to raise the money, it’s not actual dollars going to work when the proclamation is made,” Williams says. As consumers, we can hold businesses accountable via social media. Public pressure does yield results, so tweet at companies who have yet to fulfill their promises or leave comments on Instagram posts. If you can find an email address, send a message and follow up.

“Buying from a Black entrepreneur isn’t just about the purchase, but about strengthening the economic fabric of the Black community.”

Every conversation you have with someone who’s open to understanding issues that are important to you matters. Grace Aheron, the communications director at Showing Up For Racial Justice (SURJ), an organization that invites white people into anti-racist action, says, “The goal is to keep the door open, to listen, to respond with curiosity rather than defensiveness or judgment.” One of the only outcomes we can control is our reaction to different or hostile opinions. “In preparing, think about ways to de-escalate yourself,” Aheron says. “When your heart starts racing when somebody says something that offends you, write on your hand ‘breathe,’ or take three deep breaths, or do something that’s gonna bring you down from that ‘fight or flight’ [response].”

“Talking to people, bringing more and more people onto the side of white folks fighting white supremacy—that’s actually in some ways more important.”

It’s essential to show up for people who are open and ready to talk, without hostility or an air of superiority. Amanda Stahl, disability access co-coordinator at SURJ, calls that attitude “the opposite of cancel culture.” Stahl’s role at SURJ includes helping white disabled people understand the connections between racism, ableism, and economic disparity. She explains that the key to having social justice conversations that might eventually cause change is “not having too high of expectations but meeting the person where they are.”

Both Aheron and Stahl call one-off marches the “sexy” kind of social justice work. “Talking to people, bringing more and more people onto the side of white folks fighting white supremacy—that’s actually in some ways more important,” Aheron says. “It can have a more long-term impact on changing material conditions in the world. The protest happens, you put your Instagram picture up, you get excited about it, and then what? There’s always the next step. And sometimes the next step is the less sexy part. It’s the conversations. It’s going to the city council meetings.”

Social media is a form of expression, so it can also be used as a vehicle for protesting. “Don’t underestimate the voice you have,” says Ameena Rasheed, the digital and communications coordinator at Polichic Engagement Fund. “Your one post could be the reminder that your nephew, your cousin, your aunt, your uncle needed to say, ‘Oh my gosh, I did not know that that was happening.’” Rasheed’s organization creates custom, up-to-date graphics with information about voting rights and regulations in Texas to keep residents informed and partners with local influencers to increase their reach.

Alencia Johnson, the National Director of Public Engagement for Senator Elizabeth Warren’s presidential campaign and founder of 1063 West Broad, a social impact agency, also points out that influencers aren’t only people with millions of followers. “They’re the people that might have a few hundred followers, but if they post something, their whole community is activated,” she says.

“It doesn’t have to be flashy and exciting and fun to matter,” adds Keah Brown, the author and creator of #DisabledAndCute, a hashtag that celebrates disabled bodies. “It was my way of protesting the idea that the only body that’s valuable is a body that has no disability.” When she realized she had created a movement, she used her newfound platform to talk about issues within the disability community.

Being outspoken online can be intimidating, but Johnson encourages people to keep posting and view any missteps as a chance to grow. “That [takes the pressure off of] people who feel as though, ‘I have to be perfect. I have to know all the language, I have to do all of this. I’m too overwhelmed to be engaged,’” Johnson says. “It’s learning out loud.”