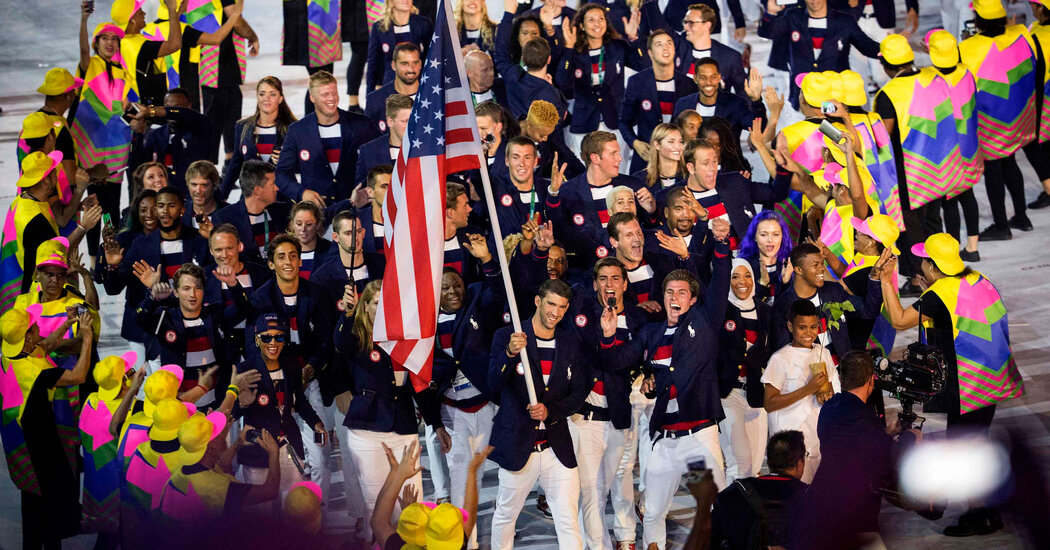 Where is the United States marching in the parade of nations in the opening ceremony? If this is in alphabetical order, why is Yemen coming right after the A’s? And why is Russia getting a prime position?

The order of the parade of nations varies almost every Olympics. The sequence is determined by history, language, and sometimes other factors.

The first to enter the stadium is always Greece, because the ancient Games originated there back in 776 B.C. This year, the second team to enter will be the special team of refugee athletes the International Olympic Committee has put together. The team goes under the name “I.O.C.,” and in Japanese script that ranks ahead of every other nation alphabetically.

Coming in just behind Greece is also a nice honor for refugee athletes who, after all, have faced significant challenges even making it to the Games. But the third team to enter does not generally prompt similar sentimental reaction among fans globally.

Russia has been banned from the Games because of its state-sponsored doping program. But Russian athletes may still compete, just not as “Russia” or behind the Russian flag. Instead they will be known as “R.O.C.,” for the Russian Olympic Committee, and that ranks second alphabetically.

The nations of the world follow based on the Japanese alphabet. For English speakers, this will mean an adjustment. Uganda, Ukraine, Uzbekistan and Uruguay are near the front of the line at these Games. And they are immediately followed by Britain, the British Virgin Islands and then a bunch of nations beginning with the letter E.

So when does the United States arrive? Alphabetical vagaries mean they will be the third-to-last team to arrive, just ahead of France.

Last of all is always the host team, and for these Games that’s Japan. Sadly, the usual roar from the home crowd will be missing when the athletes for the host nation arrive.