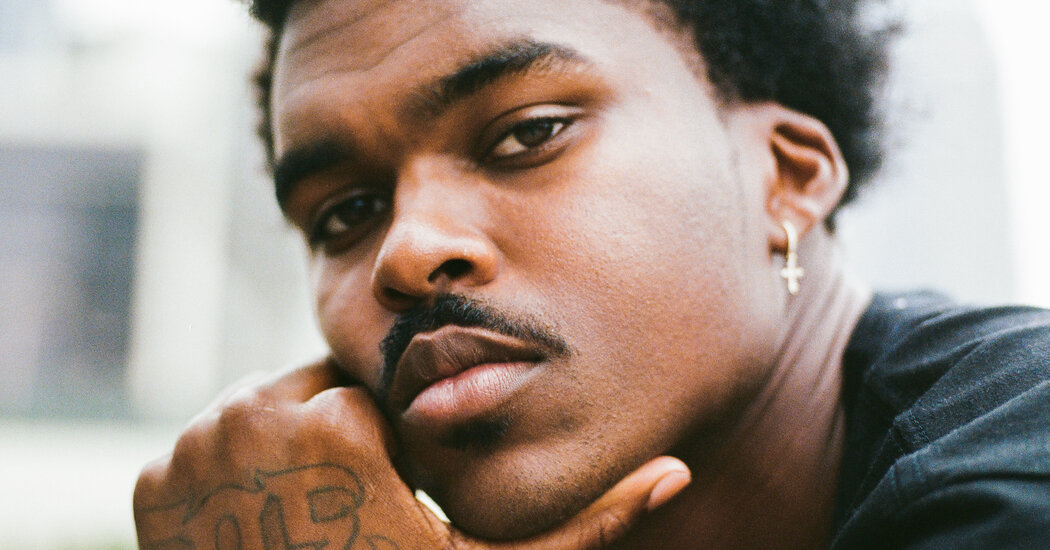 On June 20, 2019, Kris Wilkes awoke in an Airbnb near downtown Indianapolis. He was happy. Next to him was the woman he was falling in love with. Scattered throughout the rest of the rooms of the rented house were friends and family members who had supported him throughout his budding basketball career. It was the morning of the N.B.A. draft, and Wilkes was on the cusp of achieving a childhood dream.

Just a few miles up the road at North Central High School, Wilkes had become a coveted basketball recruit. He got his first scholarship offer, from Indiana, when he was in eighth grade. He ultimately committed to U.C.L.A., where he became known for his high-flying, rim-rattling dunks. He made the Pac-12 all-freshman team, and after his sophomore season, he was projected to be selected in the N.B.A. draft, near the end of the first round.

Now, more than two years later, he hasn’t made it onto an N.B.A. roster. He has never even appeared in a G League or summer league game.

Moments after waking up on draft day in 2019, Wilkes discovered something startling: He couldn’t move his legs. He tore off the bed covers and stared at his lower body. He tried to fire every muscle from his hips to his toes, but nothing happened. He had no feeling below his waist.

He called his father, who was at home nearby, and asked him to drive over right away.

Wilkes initially declared he would enter the draft after his freshman year at U.C.L.A., but he returned for his sophomore season to try to prove he should be a first-round pick. In March 2019, he declared for the draft again. He signed with the Wasserman management and marketing company, and his agents there arranged private workouts with teams. For players projected to be picked outside the top 14, those workouts can be the difference between starting a pro career in the N.B.A. or in the developmental G League. Wilkes wasn’t worried.

“I had no doubt in my mind that I was going to be a first-round pick,” Wilkes said. “I was in the best shape of my life. Unfortunately, it was short-lived.”

By the time he reached his seventh workout, with the San Antonio Spurs, he felt sluggish. Near the end of the workout, Wilkes almost collapsed, and a trainer pulled him aside to take his temperature. It was 103 degrees. Team staff members walked him to a nearby hospital, where he was diagnosed with strep throat. Wilkes called his agent, who canceled his next workout, with the Atlanta Hawks, and he returned to his childhood home in Indianapolis to rest and recover for draft night.

Within days, his fever had disappeared and his throat felt better, but he started to notice other disconcerting symptoms. His limbs would feel as if they were coated in glass. Sometimes, he wouldn’t be able to feel a hand touching his arm. Other times, he felt an almost unbearable tingle. At night, he couldn’t sleep with a blanket on his legs because it was too irritating. Then his back began to hurt. As an athlete, Wilkes was used to a certain amount of joint pain and muscle stiffness, but this was different.

One night, the pain got so bad that his father, Greg Wilkes, took him to urgent care. There the doctor asked Kris if he could remember the last time he had urinated. It had been more than a day. The doctor told him to rush to an emergency room because his bladder was at risk of ripping.

In the emergency room, Wilkes received morphine and a catheter, and he was released with the catheter still connected. “Here I was, days before getting drafted, and I was shuffling around my house with bad back pain and a catheter in,” he said in a series of phone calls from his home in Los Angeles last month. “It didn’t feel like I was 20. I felt like I was 80.”

Two days later was the draft. Kris awoke, couldn’t move his legs and called his father. Greg Wilkes has spent the past 25 years with the Indianapolis Police Department and is trained in emergency medical response. “I wasn’t a police officer or a first responder in that moment,” he said. “I was a father, and my heart and nerves were shot. I was thinking, ‘What is going on?’ My 20-year-old son is one of the most athletic people I’ve ever met in my life, and he can’t move. How could that be possible?”

Greg called an ambulance for Kris and followed it to St. Vincent Hospital. That night, the family crowded into Kris’s hospital room and tuned the TV to the N.B.A. draft. Word had gotten around to teams that Wilkes wasn’t well, and he watched as all 60 N.B.A. draft picks came and went, his name uncalled. For a few moments afterward, the beeps of an electrocardiogram machine were the only sounds in the room.

“I was in the best shape of my life, hooping at the highest level of my life, looking good, getting ready to get drafted,” Wilkes said. “And then I was in the hospital, struggling to breathe, barely able to move my legs, and wondering if my career was over.”

Then Wilkes’s agent called and told him that the Knicks wanted to sign him to a two-way contract, which would make him primarily a G League player but allow him to play in some N.B.A. games. The family erupted in celebration.

But there was a problem: Kris would have to go to New York for a physical. And the doctors in Indianapolis still didn’t know what was wrong with him — or if he would ever walk again.

When the neurologist Adam Fisch saw Wilkes’s symptoms, he ordered a series of tests — X-rays, spinal fluid sampling, magnetic resonance imaging — but was cautious with both his diagnosis and his prognosis. Fisch, whom Wilkes authorized to speak with The New York Times about his medical history, said he began to suspect that Wilkes had acute disseminated encephalomyelitis, an autoimmune disorder otherwise known as ADEM.

The disorder has a small but poorly understood association with inflammatory bowel diseases like Crohn’s, which Wilkes had been diagnosed with during medical testing months before the draft. ADEM often follows a viral infection, like Wilkes’s strep throat. The body confuses its own brain tissue and spinal cord with the infection and begins to attack itself. ADEM affects between 1 in 125,000 and 1 in 250,000 people around the world every year. An overwhelming majority of those cases are found in children.

“It’s as rare as hen’s teeth. One in a million doesn’t even do it justice. The odds are infinitesimal,” he said.

Fisch treated Wilkes with high doses of steroids and two different blood therapies. “Some patients with ADEM will get just one of those treatments,” Fisch said. “Kris’s case was so severe that we decided it was imperative to use all three at once.”

Fisch didn’t make any long-term predictions, but other hospital staff members told Wilkes to prepare for the possibility of having to use a wheelchair for the rest of his life. His mother, Ahkisha Owens, rejected that right away.

“I wouldn’t let myself even have a single thought that my baby wasn’t going to walk again,” she said. “I looked at him and I said, ‘God didn’t get you this far only to take your legs out from underneath you.’”

After a week in the hospital, Wilkes regained feeling in his lower extremities, but he had lost more than 20 pounds and didn’t have the strength to walk. When he was discharged a week after that — the staff recommended inpatient physical therapy, but Wilkes insisted on returning home — Wilkes was expected to be in the wheelchair for at least two months.

The next morning, Greg was at the stove cooking a big breakfast to welcome Kris back home — French toast, eggs, bacon and sausage — when he heard a sound like deflated tennis balls bouncing down the hallway. He turned and saw Kris out of the wheelchair, holding himself up with a walker. “Dad, what are you cooking?” he asked. “It smells good!”

By August, Wilkes had progressed enough to take his first flight. He went to Palm Springs, Calif., to see Lexie Stevenson, the woman who was with him the morning of the draft. “As soon as he could walk, “he walked to me,” Stevenson said. “And we’ve been walking together ever since.”

In September, Wilkes flew to New York to try to pass a physical for the Knicks. He had to be careful about how much water he drank because his bladder control hadn’t fully returned. Near the end of the workout, he was so dizzy from running baseline sprints that he ran into a wall. Nobody had to tell him that he had failed the physical. He knew.

In October, after the Knicks signed Ivan Rabb to fill the two-way roster spot they had been saving for Wilkes, David Fizdale, the head coach at the time, said Wilkes “came down with a serious illness. I don’t know what it was, but it was pretty severe. So right now we’re not going down that road.”

‘I was right there.’

In the past two years, Wilkes has had health scares, such as when he got a cold and felt the glassy sensation return to his skin. And there were sleepless nights when he woke up Stevenson to talk — or to ask her to hold him while he wept.

“I was able to cover the depression, but I had it,” he said. “I’d been working my whole life to get to the N.B.A. And I was right there. To go from that to paralyzed with no money and back home in Indiana, it sucked.”

He resolved his money issues with a payout of “several million dollars” from a school-sponsored loss-of-value insurance policy he had signed up for at U.C.L.A. He quit his job as a Postmates delivery driver and started a company called Origyn Sport, which introduced its first product, a training basketball, in September.

Though Wilkes has regained most of his muscle mass, he can sense that he is still not as explosive as he once was. He knows that making it to the N.B.A. now is a long shot. But he has faced long odds before.

“Maybe most people don’t think I can get to that point, but why would I bother listening to them?” he said. “I didn’t listen to the doctors who told me I wouldn’t walk again, and I’m not going to let anyone talk me out of my goals now.”