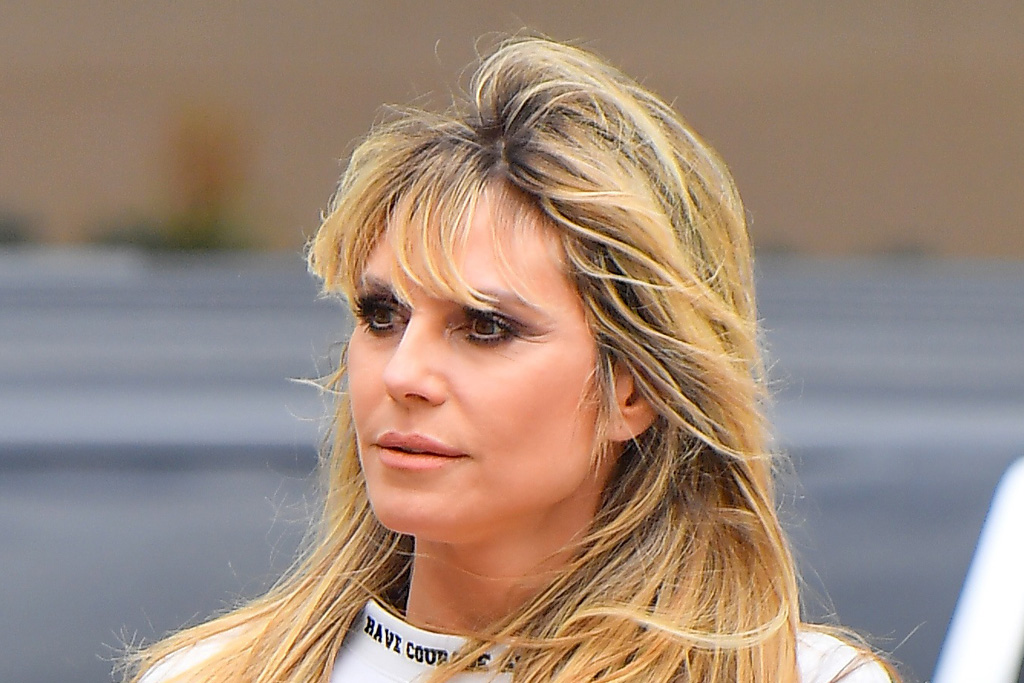 Heidi Klum is one of the first customers in the world to get her hands on Kim Kardashian’s new Fendi x Skims collection.

The model took to Instagram last night to show off her new pieces, modeling a neon orange crop top and coordinating briefs from the collab. To elevate her shapewear further, Klum also unveiled a set of coordinating tangerine gravity-defying mules from Fendi.

The square-toe design appeared to fall in line with classic silhouettes when viewed from the front — but from a side angle, that’s where it got its edge. The fuzzy shoes came set atop an upside-down Fendi logo, perfectly placed to act as a gravity-defying heel for the base of the mule; the unique heels debuted during Fendi’s fall ’21 runway show back in February.

The drop releases on Nov. 9, at 9 a.m. ET and will also feature leggings, crop tops, dresses and more in varying shades including hot pink. Pricing for the pieces has yet to be announced but fans can sign up for the collection’s waitlist now at Skims.com.

2021 has been a major year for Klum herself already; she is currently serving as a judge on her NBC talent series as well as the co-host of the second season of her Amazon Prime’s series, “Making the Cut,” alongside her former “Project Runway” co-star Tim Gunn; the competition series profiled up and coming designers with winning styles added to shop live every week to Amazon. Klum herself also has served as the host and executive producer of “Germany’s Next Topmodel” since 2006.

Before her TV stardom, the German-American star kicked off her career modeling for the likes of Jordache, Victoria’s Secret and Sports Illustrated as well as founded her own swimwear and intimates lines. In her shoe closet, you can find everything from towering Christian Louboutin pumps to embellished sandals as well as unconventional fish-style rubber slippers.

Make your outfit pop in these orange heels inspired by Heidi Klum.

Flip through the gallery to see more of Heidi Klum’s dazzling style over the years.