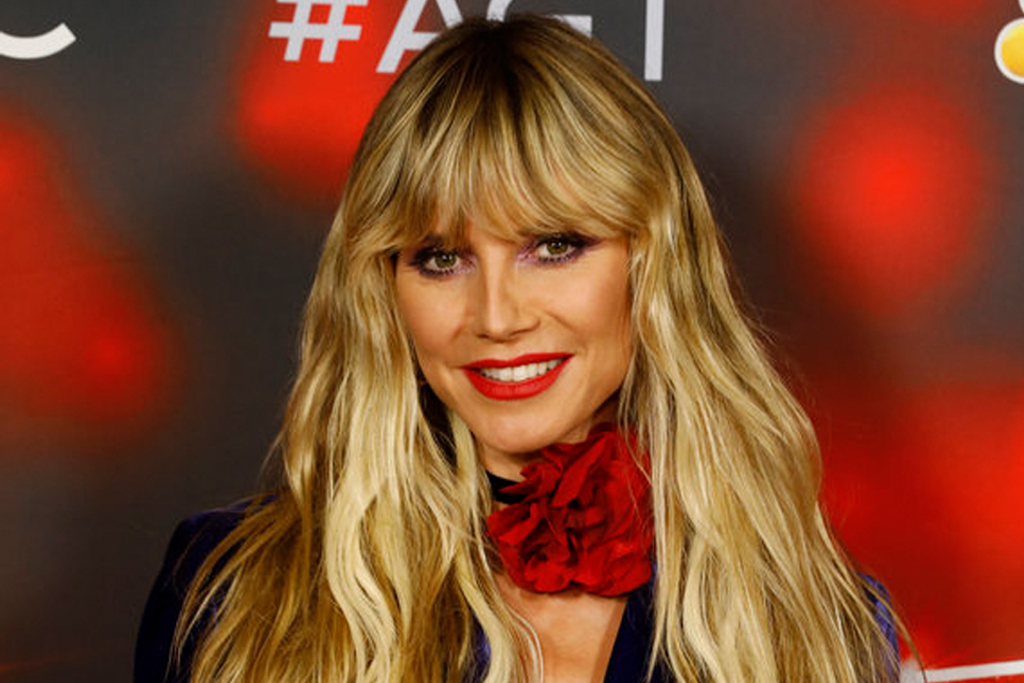 Heidi Klum was a vision in blue at last night’s quarterfinals for “America’s Got Talent.”

The model and series judge walked the red carpet before the results show in a full blue velvet moment courtesy of Peter Dundas. The plunging blazer included a double-breasted fit while the pants fit with a wide-leg flare and a high-rise silhouette; both pieces can be found on major clearance currently at Net-a-Porter.

Blazer and suits have become the new normal amongst celebrity style trends thus far in 2021, potentially led in part by the first-ever female Vice President Kamala Harris and her neverending lineup of perfectly tailored power suits. Stars including Kate Beckinsale, Christina Aguilera, Tracee Ellis Ross and more have already pulled off the trend this season with more bold looks to come.

As for Heidi Klum, under the hem of her own elongated pantsuit peeped out the finishing touch for her look: pointed-toe pumps. The dark-colored pair came set atop a lifted stiletto heel with a patent leather finish and a smooth rounded vamp.

2021 has been a major year for Klum herself already; she is currently serving as a judge on her NBC talent series as well as the co-host of the second season of her Amazon Prime’s series, “Making the Cut,” alongside her former “Project Runway” co-star Tim Gunn; the competition series profiled up and coming designers with winning styles added to shop live every week to Amazon. Klum herself also has served as the host and executive producer of “Germany’s Next Topmodel” since 2006.

Before her TV stardom, the German-American star kicked off her career modeling for the likes of Jordache, Victoria’s Secret and Sports Illustrated as well as founded her own swimwear and intimates lines. In her shoe closet, you can find everything from towering Christian Louboutin pumps to embellished sandals as well as unconventional fish-style rubber slippers.

Recreate Heidi Klum’s glam look for less in these pieces inspired by her outfit.

Click through the gallery for more of Heidi Klum’s red carpet style over the years.