He Killed Himself After the Jan. 6 Riot. Did He Die in the Line of Duty? 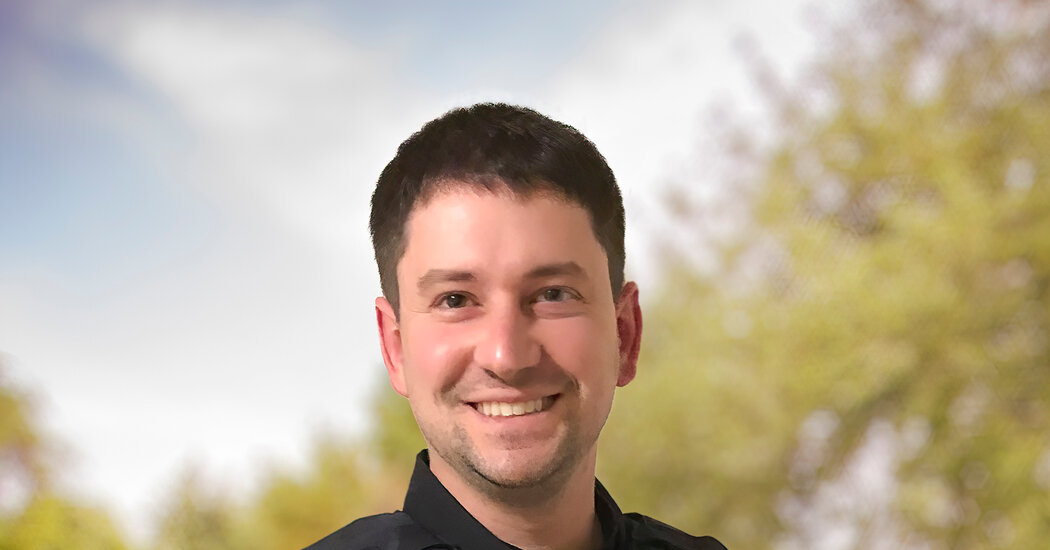 Jeffrey Smith, a 12-year veteran patrolman, was one of hundreds of Metropolitan Police Department officers deployed on Jan. 6 to defend the Capitol from a violent mob. He was hit in the head with a metal pole during the melee and afterward, his wife said, he seemed to slip into a deep depression.

He was ordered back to work eight days later, but he never made it. In his car on the George Washington Parkway on the way to his shift, he shot himself with his service weapon, becoming the second officer to take his own life in the wake of the riot.

On Friday, his widow, Erin Smith, will petition the Police and Firefighters’ Retirement and Relief Board to designate her husband’s suicide as a death in the line of duty, a designation that comes with vastly greater financial benefits and, she says, more dignity. But the odds are decidedly against her.

Unlike in the military, which commonly awards benefits to families of soldiers who take their own lives, police suicides are not considered line-of-duty deaths — in fact, the law generally forbids that designation. The families of officers who kill themselves say the rules represent an outdated approach that recognizes the physical dangers of policing but not the mental ones.

“When my husband left for work that day, he was the Jeff that I knew,” Ms. Smith said in an interview. “When he returned after experiencing the event, being hit in the head, he was a completely different person. I do believe if he did not go to work that day, he would be here and we would not be having this conversation.”

The details of what Officer Smith, 35, encountered that day at the Capitol are not fully known. The Police Department has declined to release video from his body camera, but he told his wife and others that it had been the “craziest” thing he had ever experienced, “like a movie.” A photograph shows him outside the west side of the building in a gas mask, and he later said that he had been punched and hit in the face shield with a flying metal object.

He kept working, he later told friends and family, but he was rattled. Assigned to guard a hotel after the riot, he protested when he was told to remove his helmet, saying he had already been hit once.

A sergeant sent him to the Police and Fire Clinic, which handles job-related injuries, where he was prescribed ibuprofen and sent home.

Congressional representatives for Officer Smith and the other officer who killed himself after the Jan. 6 events, Howard S. Liebengood of the Capitol Police, said they believe the deaths should be considered job-related. Officer Liebengood’s widow, Serena Liebengood, wrote in an open letter to Representative Jennifer Wexton of Virginia that the Capitol Police must improve its mental health care and that “the mental and emotional well-being of these officers can no longer be overlooked or taken for granted.”

Officer Liebengood had to work lengthy shifts for the next three days after the Jan. 6 riot, his wife said in her letter, and became “severely sleep-deprived.” After the third shift, she said, he returned home and killed himself.

House Speaker Nancy Pelosi, who named both officers in her bill to grant the Congressional Gold Medal to the officers who responded on Jan. 6, said through a spokesman that the issues raised by Officer Leibengood’s widow were “well-founded” and urged the Justice Department to approve line-of-duty benefits in the case. If they do not, she said, Congress would look for ways to change the law.

Some states have a presumption that certain physical ailments are job-related. In Florida, heart attacks are assumed to be line-of-duty because of the stress of the job — regardless of how many cheeseburgers an officer eats, said Jeff McGill, a police trainer and co-founder of BLUE H.E.L.P., a suicide prevention group that tracks officer suicides. “If we’re going to assume that the job affects the heart, then why are we not assuming that the job affects the brain?”

In emotional and sometimes tearful testimony at a congressional hearing this week, officers who defended the Capitol described being insulted, stunned with Tasers, sprayed with chemical agents, and beaten with their own batons.

The distress they described was not only physical, and it did not end that day — they said they were still dealing with trauma, anxiety and survivor’s guilt, and they pleaded with fellow officers to take advantage of the counseling that was available.

Long a taboo subject for officers, the psychological stress of policing has been increasingly openly addressed, and has taken on urgency as departments struggle to stem a flood of retirements and recruit new officers. Experts estimate that officers have a 50 percent greater risk of suicide than the general population, in part because of their frequent exposure to trauma. And while there is no official count, researchers have found that more police officers kill themselves each year than are killed on the job.

But while the military treats more than 90 percent of suicides as line-of-duty deaths, police departments do the opposite. By law, a federal benefit of $370,000 awarded to the families of fallen police officers and firefighters cannot be granted for any death “caused by the officer’s intention.”

A spokeswoman for the Metropolitan Police Department said that city statutes included a similar prohibition, and that there was no known case in the department of a suicide being deemed line-of-duty.

Officer Smith had no “intention” of causing his own death — rather, it was the trauma of Jan. 6 that caused the depression that led to his suicide, Mr. Weber said.

He had no history of depression or mental health issues before Jan. 6, according to a report by a psychiatrist, Patrick J. Sheehan, an expert on police and firefighter workers’ compensation cases who was hired by Mr. Weber to conduct a forensic evaluation.

Friends and family described Officer Smith as an even-keeled person who doted on his 90-pound dog, Mr. Bossman, and loved his patrol beat near the Washington Mall so much that he decided not to seek a promotion for fear he would be moved.

But things changed after Jan. 6. Officer Smith became distant and uncharacteristically angry, his wife said. He stopped his daily calls to his parents in Illinois, and expressed no interest in walking the dog.

The “dramatic change” in Officer Smith’s demeanor is strong evidence that his deployment at the riot was the “precipitating event leading to his suicide,” concluded Jonathan Arden, the former chief medical examiner for the District of Columbia, who was hired to review autopsy and medical records for Ms. Smith.

Officer Smith returned on Jan. 14 to the clinic where he had been treated for the head injury the previous week, but he was not asked at that time whether he was having suicidal or homicidal thoughts, and was cleared to return to duty the next day, Dr. Sheehan’s forensics report notes. Staff members at the clinic did not respond to requests for comment.

Suicide is often the result of complex factors, and it is difficult to definitively cite a precipitating cause. But experts on police suicide said the Capitol riot would almost certainly have been deeply affecting for the officers on the front lines. The violence was unexpected and officers were overwhelmed. They may have felt a sense of failure because the building was breached as the world looked on, and every aspect of the police response — from the lack of preparation to some officers’ perceived coziness with the rioters — was the target of criticism.

Law enforcement leaders have not taken a public position on the question of death benefits. The chiefs of both the Metropolitan and Capitol Police Departments declined to comment, and union leaders for the two departments did not return multiple calls.

Jim Pasco, the executive director of the National Fraternal Order of Police, said the union had been pushing for a change in the law to allow the federal death benefit to be awarded in job-related suicides. “It is sometimes difficult to directly tie the suicide or other tragedy to the performance of duty,” he acknowledged, “but just because it’s hard doesn’t mean we shouldn’t do it.”

If you are having thoughts of suicide, call the National Suicide Prevention Lifeline at 1-800-273-8255 (TALK). You can find a list of additional resources at SpeakingOfSuicide.com/resources.