Harry Rosenfeld, Who Saw News in a ‘Third-Rate Burglary,’ Dies at 91 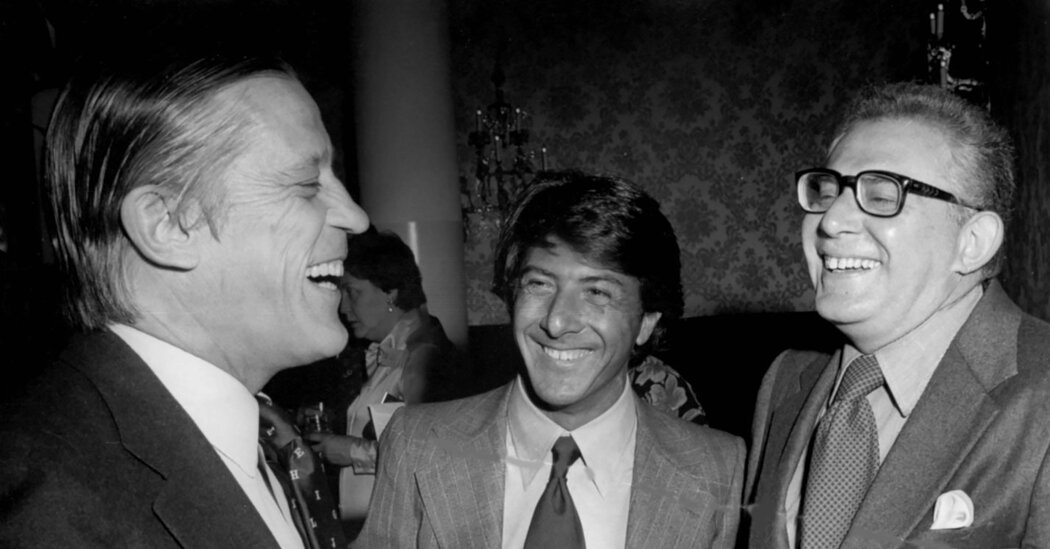 Harry M. Rosenfeld, who injected his brash brand of journalism into The Washington Post, where he oversaw the two reporters who transformed a local crime story into the national Watergate corruption scandal that toppled the Nixon administration, died on July 16 at his home in upstate Slingerlands, N.Y. He was 91.

The cause was complications of Covid-19, his daughter Amy Rosenfeld Kaufman said.

As The Post’s assistant managing editor for metropolitan news, Mr. Rosenfeld directly supervised Bob Woodward and Carl Bernstein as they mined secretive sources in their follow-the-money unraveling of the Watergate break-in, which President Richard M. Nixon’s press secretary had described as a “third-rate burglary attempt” and which led to Mr. Nixon’s resignation in 1974.

At one point Mr. Rosenfeld shielded the two reporters from attempts to remove them from the story once its broad implications became apparent. The Post’s editor, Benjamin C. Bradlee, had sought to replace “Woodstein,” as the duo were nicknamed, with Post veterans steeped in government and politics.

As quoted in Mr. Woodward’s and Mr. Bernstein’s book “All the President’s Men” — a line delivered by Jack Warden playing Mr. Rosenfeld in the 1976 movie version — Mr. Rosenfeld defended the reporters by asking Mr. Bradlee a rhetorical question.

“They’re hungry,” he said. “You remember when you were hungry?”

The Post won a Pulitzer Prize for its Watergate coverage. In one indelible moment, Nixon, responding to a question that Mr. Rosenfeld had posed at a news conference that the president held with editors in 1973, declared that he had never profited from holding public office. “I’m not a crook,” he said.

Mr. Rosenfeld’s jobs at The Post were sandwiched between 18 years at The Herald Tribune in New York and, beginning in 1988, a long tenure as editor of the Hearst Corporation’s two newspapers in Albany, The Times Union and the afternoon Knickerbocker News.

An immigrant who had fled Nazi persecution in Germany as a youth, Mr. Rosenfeld joined The Herald Tribune as a shipping clerk — a summer job before college — and was foreign editor when the paper folded in 1966. He retired from The Times Union in 1996 (the Knickerbocker News ceased publication in 1988), but continued to contribute columns to the editorial page.

At The Post, the dynamics of pitching articles at story meetings were so robust that Doris Kearns Goodwin, in her review of “All the President’s Men” in The New York Times Book Review in 1974, wrote that beyond the Watergate scandal itself “there is a second even more powerful story” told in the book — about the inner workings of a newspaper as the editors “play the role of prosecutor and judge.”

“The reporters’ meetings with city editor Barry Sussman; metropolitan editor Harry Rosenfeld; managing editor Howard Simons, and executive editor Benjamin Bradlee — to decide which stories would go into print — are the best parts of the book,” she wrote.

In his book “From Kristallnacht to Watergate: Memoirs of a Newspaperman” (2013), Mr. Rosenfeld recalled proudly that at The Post he was “part of a team that took a mediocre newspaper and elevated it to greatness.”

While The Post’s publisher, Katharine Graham, called him “a real hero of Watergate for us,” he left the paper in 1978 after he was reassigned to edit the Outlook and Book World sections, which he considered a downgrade.

Twelve years earlier, though, he had jolted journalism in decorous Washington with a nervy New York sensibility that made some colleagues uncomfortable. Some still point to the coverage of Debra (Muffin) Mattingly, a 14-year-old runaway from Arlington, Va., whose boyfriend had bashed her father to death with a crowbar. Mr. Rosenfeld assigned six reporters to the story and pursued it as it played out for 18 months.

“I like to say that when The Herald Tribune closed and he moved to The Washington Post,” said Peter Osnos, a former Post reporter and editor, “he brought brash New York savvy to Washington before you could get a decent bagel there.”

Hirsch (Harry) Moritz Rosenfeld was born on Aug. 12, 1929, in Berlin to Jewish parents from Poland, Sam Rosenfeld and Esther (Szerman) Rosenfeld. His father was a furrier. Although the family applied to emigrate to the United States as early as 1934, their application was not approved until March 1939, after the Nazis had ransacked Jewish-owned businesses and torched the Rosenfeld family’s synagogue.

Mr. Rosenfeld went to Stuyvesant High School in Manhattan and earned a bachelor’s degree in American literature from Syracuse University in 1952. He served in the Army from 1952 to 1954 and later did graduate work in history at Columbia University and in poetry at New York University.

In addition to his daughter Amy, he is survived by his wife, Anne (Hahn) Rosenfeld, whom he married in 1953; two other daughters, Susan Rosenfeld Wachter and Stefanie Rosenfeld; and seven grandchildren.

There was not a “scrivener” among his ancestors, he recalled in his memoir, but in his high school yearbook he chose journalism as his dream profession. In a career that he said had been influenced by his childhood under the Nazis, he “discerned a theme underpinning much of my journalistic labors: holding to account the accountable, the more powerful the better.”