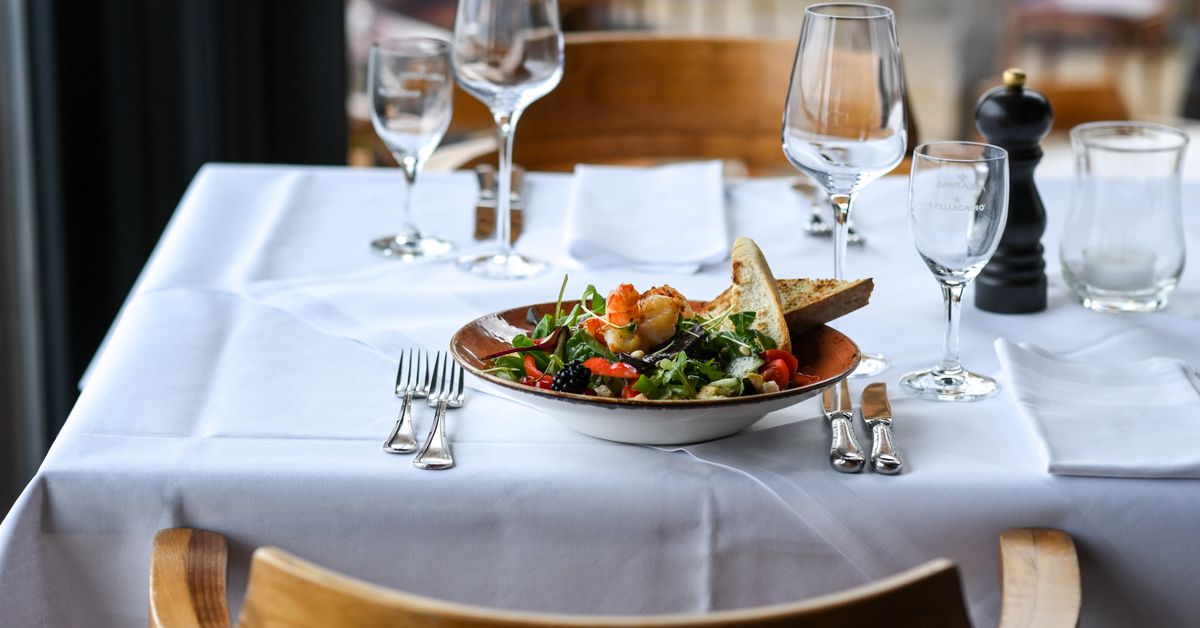 This Recipe for Bulgarian Toast Will Change the Way You Do…

There’s been increasing pessimism over the past week about the return of a new coronavirus surge across Southern California and beyond, this one burning quickly through mostly unvaccinated groups as a result of the much more transmissible (and potentially more severe) delta variant. And while the rapidly increasing numbers of COVID-19 cases and hospitalizations are far from the alarming heights of last winter’s incredibly deadly surge, they have once again reached the numbers seen last summer. On July 13, 2020 — and with numbers mirroring those of today — Gov. Gavin Newsom announced a statewide closure for indoor dining, all just weeks after a broad reopening.

And notably, some of the county’s largest confirmed workplace COVID-19 outbreaks in the current summer 2021 surge are happening at restaurants and bars.

Per the Los Angeles County Department of Public Health and compiled by independent journalist Lexis-Olivier Ray, fully half of the 10 largest confirmed outbreak sites (those are non-residential workplaces with at least three or more confirmed and tested cases of COVID-19) in LA County are at hospitality settings. Leading the list is Bottega Louie in West Hollywood with 10 cases, followed closely by Bootsy Bellows (also in West Hollywood) with nine cases.

There’s growing belief that some level of statewide shakeup is coming — including a mandatory mask requirement for all indoor activities (which Los Angeles County already has in place). Local and state officials could also once again begin to limit indoor capacities for retail and restaurant environments, or to apply more strict measures should cases continue to rise above their current rolling seven-day average of more than 2,400 daily cases.

So what does all of this mean directly for bars and restaurants around Los Angeles and greater Southern California? That’s an open question at the moment, though public officials have previously said that “anything is on the table if things continue to get worse.” It’s also important to note that unlike previous shutdowns and reopening rollbacks, this surge is coming amid wide vaccine availability — though not all counted cases are coming from unvaccinated people. So-called breakthrough cases, where a vaccinated individual contracts the coronavirus and only experiences mild symptoms but is still able to transmit the virus to others, are rare but becoming increasingly common, sparking further fears that ongoing coronavirus mutations could create more vaccine-resistant variants.

It’s also worth noting that, while Los Angeles County has a relatively high vaccination rate, the region is still far from total herd immunity, which some public health officials say won’t come until roughly 75 percent or more of a total population is vaccinated. What’s more, many people (including children and some immunocompromised folks) are not currently able to receive the vaccine, putting them at increased risk as the delta variant spreads.

Many bars and restaurants both locally and nationally have already begun to close their doors to customers who cannot confirm their vaccination status (or show proof of a recent negative COVID-19 test), in an attempt to keep everyone safe inside. That’s particularly true for employees, considering that during the height of the winter surge in California, being a line cook was the deadliest job in the state.

Other operators across the country continue to wait with bated breathe to see just how disastrous this latest surge will become, particularly as the United States continues to experience vaccine hesitancy in many communities and the increased chance of viral transmission that always comes in the fall and winter months. The good news is that overall COVID-19 deaths remain low (for now), but as total cases and hospitalizations continue to grow the number of overall deaths is likely to follow.

Restaurants, bars, and other hospitality sectors currently remain open at full capacity (with mask-wearing indoors) so far, as operators continue to battle enormous pandemic-related issues including low staff levels, logistics challenges and high prices for goods, and the increasing worry that this growing surge could come at a terrible public health and small business cost.