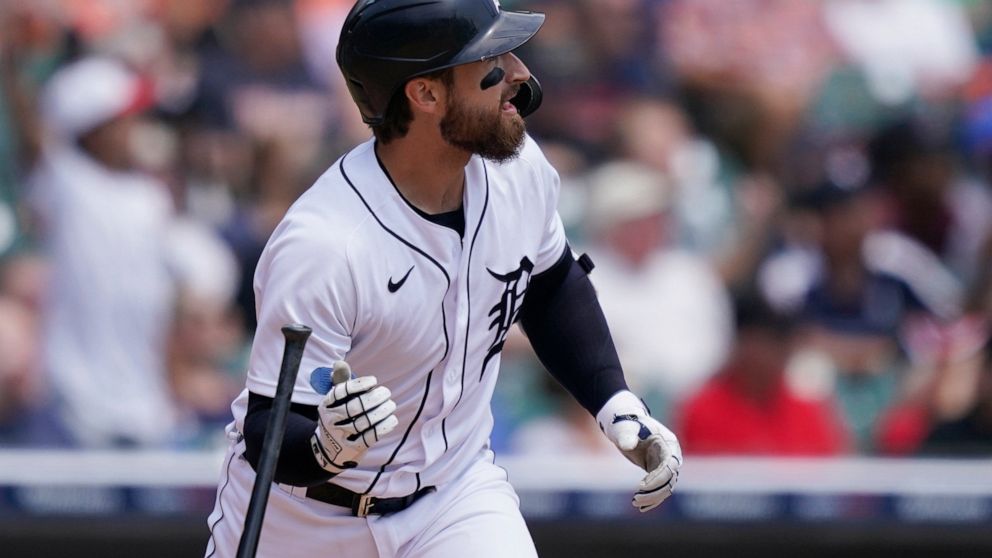 DETROIT — Eric Haase hit a three-run homer in the first inning and the Detroit Tigers extended their winning streak to a season-best seven games by topping the slumping Texas Rangers 7-5 on Thursday.

Zack Short and Victor Reyes also homered for the Tigers, who completed a four-game sweep and a perfect post-All-Star break homestand.

“I’m proud of our entire team’s performance,” manager A.J. Hinch said. “That’s a really good homestand to kick-start the second half. It’s a nice feeling right now. We feel really good about how we’re playing and we’re getting results.”

Texas has lost nine straight, equaling its longest slide this season. David Dahl and Isiah Kiner-Falefa each drove in two runs for the Rangers.

Kyle Funkhouser (4-0), the fourth Tigers pitcher, gave up one run in two innings. Starter Tyler Alexander allowed one run on three hits in 3 2/3 innings. Gregory Soto got the last three outs for his 11th save and third in as many days.

Detroit entered the All-Star break on a four-game skid.

Haase’s 15th homer this season made it 3-0, and Victor Reyes hit a sacrifice fly in the second inning.

“When you have a chance to sweep a team in a three-game or four-game series, if you can take a quick lead, it does make you feel better in your own dugout,” Hinch said. “Haase did that with the three-run homer.”

Texas scored in the fourth on Andy Ibanez’s bloop single. Detroit responded with back-to-back homers from Short and Reyes.

The Rangers pulled within 6-4 in the sixth on Dahl’s RBI single and Kiner-Falefa’s two-run single, but they never got closer.

“Once (Alexander) got out of the game, we strung together some good at-bats, especially in big spots,” Woodward said. “There were some big moments where we got a little unlucky in some of those later innings. We hit some balls hard and just didn’t find any grass.”

Foltynewicz has surrendered a major league-high 31 homers this season. … The Tigers’ winning streak is their longest since they won eight straight from July 25-Aug. 3, 2016.

Tigers: C Jake Rogers, who was placed on the 10-day IL earlier this week, has been diagnosed with a right forearm strain. He may not return until September, Hinch said. … RHP Michael Fulmer (cervical spine strain) began a rehab assignment with Triple-A Toledo on Thursday.

Rangers: LHP Kolby Allard (2-7 4.06 ERA) will start the opener of a three-game series at Houston on Friday. Allard has lost his last five starts dating to June 24.

Tigers: RHP Wily Peralta (3-1, 1.76) takes the mound as Detroit begins a three-game series at Kansas City on Friday. Peralta has given up one earned run in 26 2/3 innings in his last five outings.