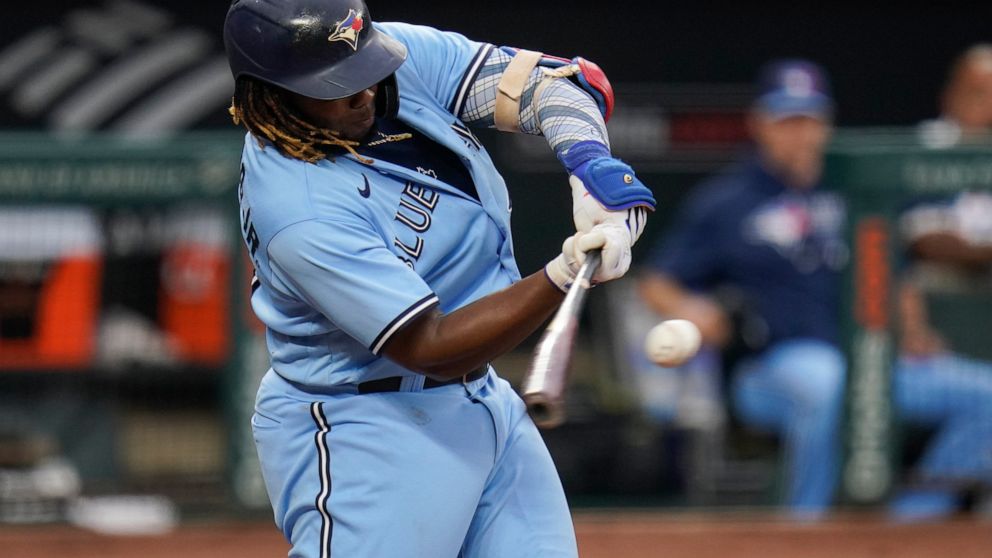 Guerrero hit RBI singles in the first and fourth innings to help Toronto build a 6-0 lead. The 22-year-old star also singled in third inning and finished 3 for 4 to raise his batting average to .341.

Bichette drove in three runs and had three hits, including a two-run drive into the left-field seats that made it 9-1 in the sixth.

That made it easy for Hyun Jin Ryu (8-5) to beat the Orioles for the third time since June 20. The lefty gave up five hits and one run in five innings with two walks and seven strikeouts.

Baltimore starter Matt Harvey (3-10) was tagged for six runs and nine hits in 3 2/3 innings. The right-hander is 0-9 in 12 starts since May 1 and now ranks second in the AL in losses behind teammate Jorge López (11).

Harvey has a 7.70 ERA and has completed the fifth inning just once during his current skid, yet he continues to pitch every fifth day because manager Brandon Hyde has little else to choose from out of an injury-depleted, dreadful rotation.

The Blue Jays benefitted greatly from a replay review that overturned the original call and fueled a three-run first inning. With runners at first and second and no outs, Guerrero hit a liner to left that a diving Ryan McKenna was ruled to have caught, and Baltimore turned it into a double play.

But replay showed he didn’t catch it, and Guerrero was credited with an RBI single. Randal Grichuk subsequently delivered a run-scoring groundout and Cavan Biggio followed with a double that brought home Guerrero.

Toronto made it 6-0 in the fourth. After Lourdes Gurriel Jr. doubled in a run and Bichette chased Harvey with an RBI single, Guerrero ripped a 3-2 pitch from Adam Plutko into center field to bring in another run.

Reliever Trevor Richards joined the Blue Jays on Wednesday, one day after being traded from Milwaukee and less than two months after being dealt by Tampa Bay to the Brewers. Both trades caught him by surprise, particularly the second one.

“You’re never really expecting it in the middle of the season, especially after you’ve been traded,” Richards said. “It’s a shock a little bit, but a new atmosphere is good and I’m looking forward to it.”

Richards worked a perfect sixth inning in his Toronto debut.

A five-inning stint by Spenser Watkins in his first major league start on Tuesday night snapped a dubious streak by Baltimore. It was the first win by an Orioles starter since June 8, ending a 24-game drought — longest in Orioles history, according to Stats.

Blue Jays: RHP Julian Merryweather (strained left oblique) has experienced a setback in his bid to come off the injured list. “It’s taking longer than we thought it would,” said manager Charlie Montoyo, adding that the standout reliever has temporarily stopped throwing off the mound.

Orioles: 3B Maikel Franco was placed on the 10-day injured list with a right ankle sprain. He hasn’t played since the injury occurred on June 30 in Houston but hopes to return immediately after the All-Star break.