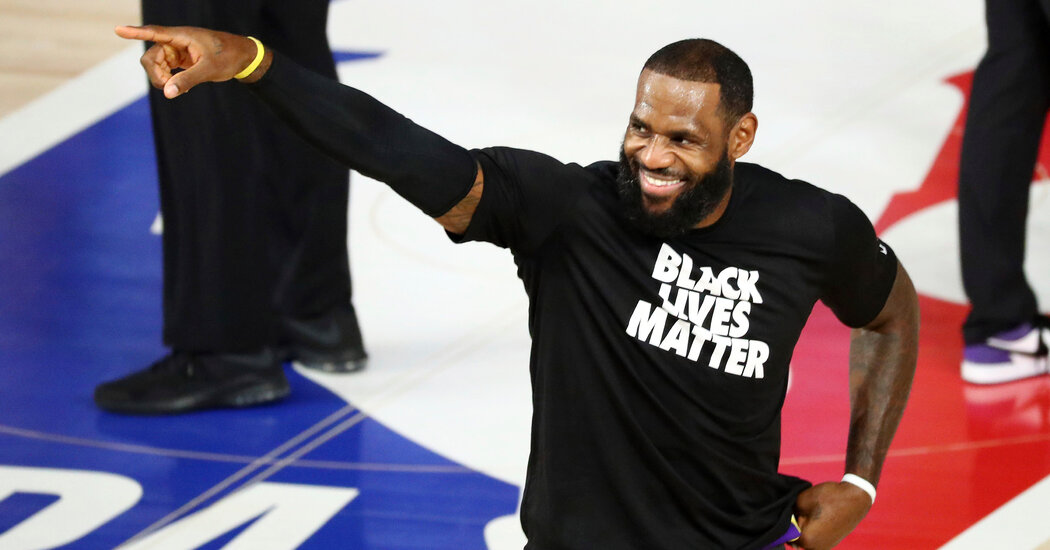 More Than a Vote, the organization launched a year ago by prominent Black athletes and entertainers to protect African Americans’ voting rights, is launching a campaign focused on the nation’s criminal justice system.

The campaign, called Protect Our People, kicked off Monday with an episode of the HBO series “The Shop,” which is produced by the basketball star LeBron James and Maverick Carter, Mr. James’s close friend and business partner. Mr. James was among the charter members of More Than a Vote.

The episode features a conversation about racial justice and police killings between Miami Police Chief Art Acevedo, Natasha Cloud, the pro basketball player who skipped the 2020-21 W.N.B.A. season to focus on social justice concerns; Benjamin Crump, an attorney who has represented families of Black people killed by police; Philonise Floyd, the brother of George Floyd; the journalist Jemele Hill; and Meek Mill, the rapper and criminal justice activist.

“2020 proved that when athletes speak out about the issues that matter to them, people listen. As we said at the beginning of this year, this effort was never about one election,” said Michael Tyler, a spokesman for More Than a Vote. “The Protect Our People campaign will replicate the successful model of harnessing athlete activism in electoral politics and apply it to the ongoing fight to move public opinion and change criminal justice policies that regularly victimize Black communities.”

The Protect Our People campaign has also produced advertisements online urging senators to pass the George Floyd Justice in Policing Act, which passed the House in March but remains stalled in the Senate. And it intends to push for local legislation, including a proposal in California to implement a statewide system for revoking the license of police officers who commit serious misconduct and a referendum in Cleveland that would create an independent oversight panel to investigate police misconduct.

‘Some people just don’t like us:’ In a Texas synagogue, 11 hours of terror