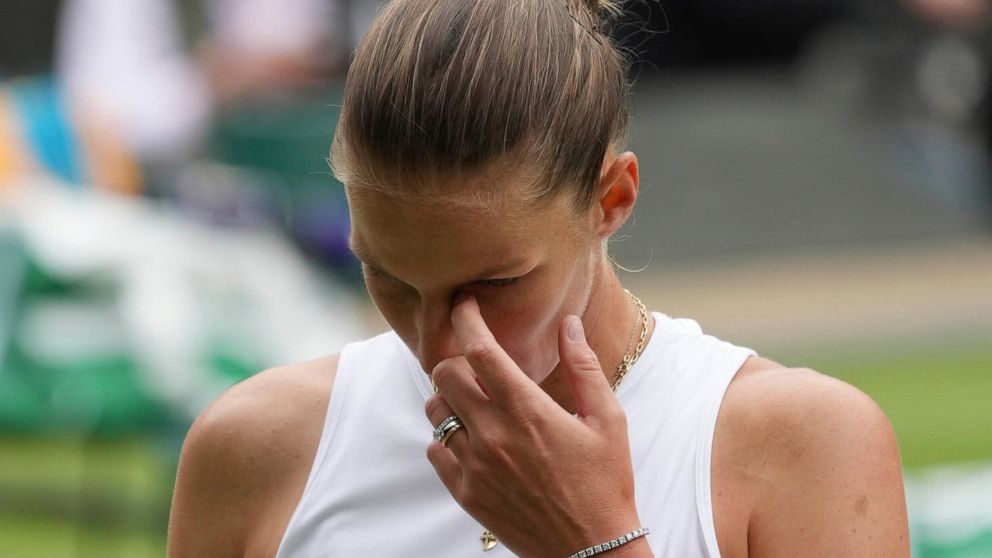 BRISBANE, Australia — Evonne Goolagong Cawley stayed up well past her usual bedtime on Saturday night. Not that she minded being tired when she woke up all-too-early on Sunday morning: her friend and protege Ash Barty was the new Wimbledon champion.

Barty completed a 6-3, 6-7 (4), 6-3 win over Karolina Pliskova in the women’s singles final at the All England Club on Saturday. It was just past 1 a.m. Sunday on Australia’s east coast when the match ended and Goolagong Cawley and her husband, Roger Cawley, may have woken up the neighbors with their noisy reaction at their home on the Sunshine Coast, north of Brisbane.

There wasn’t much time to sleep before the phone calls started.

“It was very emotional for me to be watching Ash,” Goolagong Cawley said Sunday. “I’m so proud of her and the way she handles herself on and off the court. She’s like a little sister to me, so it seems like a family win today.”

Goolagong won Wimbledon twice — for the first time 50 years ago in 1971 — and again in 1980. Until Barty’s victory, that had been the last time an Australian woman won a singles title at Wimbledon.

Barty’s wins and her career have been intertwined with Goolagong Cawley because of their Indigenious heritage — Goolagong Cawley is a Wiradjuri woman and Barty a Ngaragu woman. Their Aboriginal ancestors are from the same state — New South Wales, although the Wiradjuri people are mostly in the central areas, and the Ngaragu from the southeast.

The two have known each other since Barty was 15.

“Evonne is a very special person in my life,” said Barty, whose outfit was a tribute to the dress Goolagong Cawley wore when she won Wimbledon for the first time. “I think she has been iconic in paving a way for young indigenous youth to believe in their dreams and to chase their dreams. She’s done exactly that for me as well.”

Goolagong Cawley made it clear in an interview Sunday that it was a mutual admiration society.

“She made me proud from the first time I saw her,” Goolagong Cawley said. “She was 13 and after I saw her in a match, I knew she had all the skills — the slice, the volley, the smash, everything in one game! I looked at Roger (her husband Roger Cawley) and we thought ‘She’s got it, she’s going to be a champion.’ So look at her now.”

Australian tennis great Rod Laver chipped in with his congratulations to Barty on Twitter: “So happy for you (at)ashbarty, your dream comes true and what a fight. Congratulations on your Wimbledon victory, I hope you and your team celebrate well along with your many fans around the world and back in Australia. Rocket.”

Barty’s parents — Rob and Josie Barty — said in an interview with Australian Associated Press on Sunday that they he had no idea initially that the youngest of their three daughters would ever become a Wimbledon and French Open Grand Slam singles champion and world No. 1.

“Then she goes over and wins (junior) Wimbledon at the age of 15, you don’t usually win the junior slams until you’re 18, your last year, and we sort of thought ‘maybe she is pretty good at this game.’”

She’s also pretty good at golf, for those who wonder. When the pandemic last year forced tennis tournaments to be canceled and international travel all but shut down for months, Barty worked on her golf game and lowered her handicap down to single figures.

Goolagong Cawley isn’t surprised by Barty’s success at whatever she attempts.

“I’m so proud of everything she does,” Goolagong Cawley said. “One of the last messages I sent her ahead of the final was that dreams do come true, no matter what you try.”