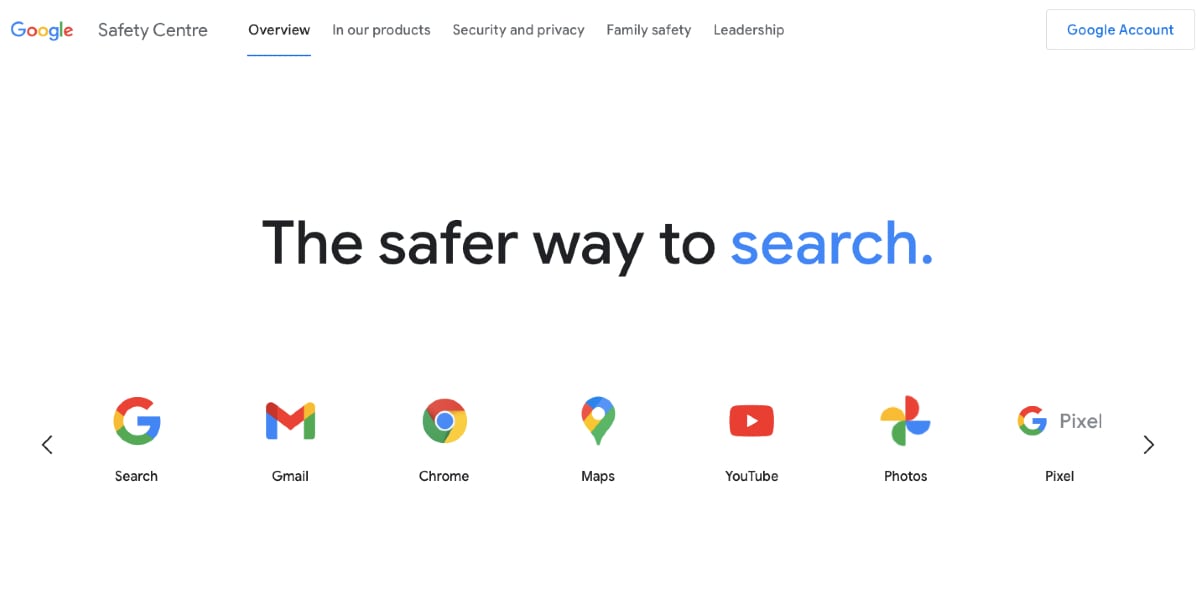 Google at the virtual Google for India event on Wednesday, August 25 launched an updated Google Safety Centre in eight Indic languages and introduced an online safety-focussed programme ‘Be Internet Awesome’ for kids in the country. The programme that is already live in some global markets includes an interactive experience called ‘Interland’ to help children learn the fundamentals of online safety while playing free arcade games. The Internet giant also announced a partnership with Indian comic book publisher Amar Chitra Katha to bring online safety content in popular comic book characters across eight Indian languages. The new announcements from Google are aimed at bolstering Internet safety among Indian users.

The updated Google Safety Centre is designed as a single destination dedicated to educating users about digital safety and help them secure their accounts. It also includes the ‘My Activity’ hub that users can access to review, control, and delete the activities saved to their Google accounts to improve safety. Google claimed that particularly the ‘My Activity’ hub received over a billion visits by Indian users in the first half of 2021 alone.

Alongside the enhancements, the updated Google Safety Centre has received new Indian languages support. The company has initially offered the Safety Centre in Hindi, Marathi, Malayalam, Kannada, and Telugu, with Bengali, Tamil, and Gujarati to roll out by the end of the year.

Google also launched the ‘Be Internet Awesome’ programme in English and Hindi languages to help children, families, and educators in India learn about the basics of online safety. The programme also includes the ‘Interland’ experience that essentially has a collection of games to help kids learn digital safety and how they can safeguard valuable information, one-up cyber bullies, and spot what’s real and what’s fake.

Google has brought its ‘Be Internet Awesome’ programme to IndiaPhoto Credit: Google

The gamified experience will also be extended to Amar Chitra Katha’s popular series across eight Indian languages to help educate the masses about digital safety practices.

“With the increasing user adoption and the contribution of digital connectivity in India’s economy, we cannot take the Internet for granted,” said Vint Cerf, Vice President and Chief Internet Evangelist, Google. “Since the pandemic broke, there is a heightened need to strengthen safety and security, reliability and privacy, and the overall resilience of the internet and its applications.”

During the virtual event, Android and Google Play Vice President Sameer Samrat also announced the upcoming JioPhone Next as the first in its category to offer “premium phone capabilities”, “solid framework of safety and security”, “latest Android releases and security updates”, and “Google’s world-class security and malware protection”. The smartphone that was announced in partnership between Google and Jio is due to go on sale on September 10.

Google additionally announced that it had “significantly” expanded Google Play support teams in the country to work better with its partners and users in the country on various areas, including user safety.