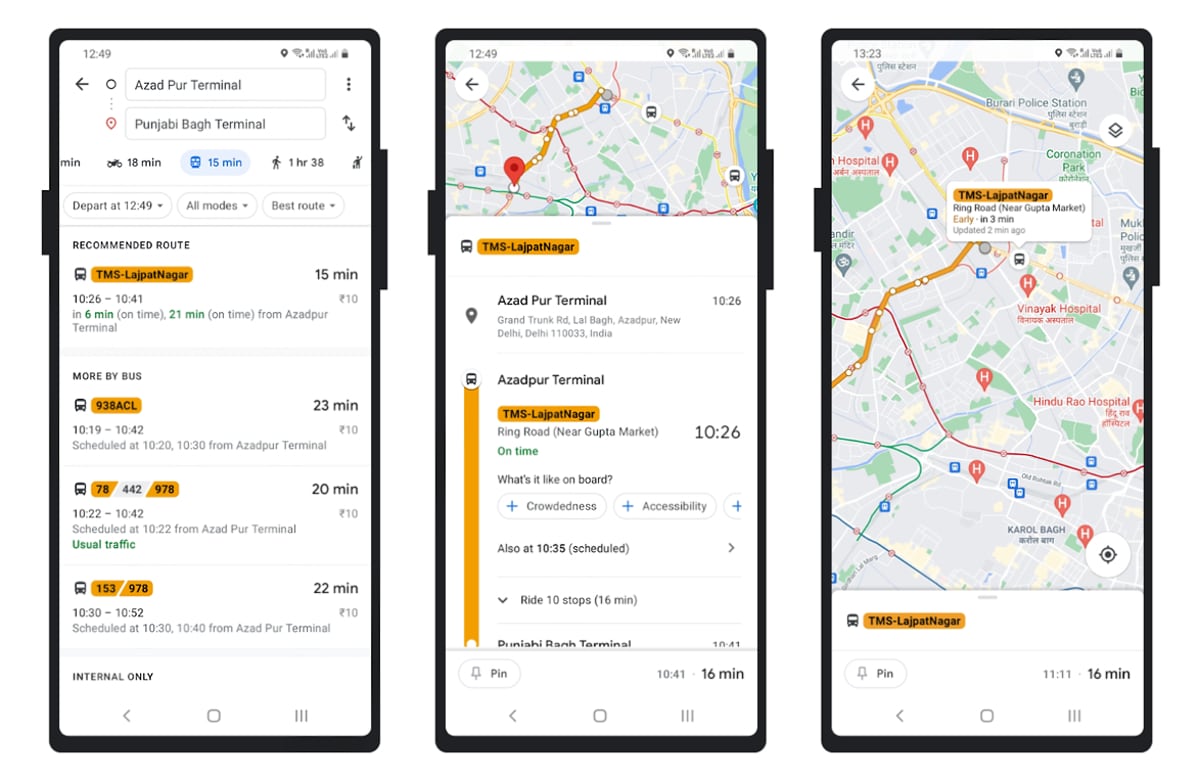 Google Maps has rolled out a new real-time bus service information feature for users in Delhi. It will enable users to know exactly when the next bus will be arriving at the bus stop, enabling them to plan their commute better. Google has teamed up with Delhi Transport Ministry, Delhi Integrated Multi-Modal Transit System (DIMTS), Indraprastha Institute of Information Technology (IIIT) Delhi, and Lepton Software to integrate this useful real-time public bus service feature for Delhi users in Google Maps.

The tech giant says that this feature will not only offer information about which bus to catch to get from one destination to the other, but also when the next bus is actually arriving at the stop where the user is waiting. The feature will also give an estimation of how long the trip is going to take and whether the bus is delayed or on time. In addition, Google Transit will automatically update the times in line with the new conditions. Arrival times based on real-time information available are marked in green or red on Google Maps.

This feature is essentially aimed reducing the hassle of waiting for public transport users. It lets you better plan your departure and may prove to be a big boon in easing the stress of commuting. To use the real-time bus service information feature, open Google Maps on Android or iOS handsets. Enter the destination and tap the ‘Go’ icon. Enter the source and destination locations and tap the ‘transit’ (the little tram) icon to view times, bus numbers, routes, and real-time arrival information highlighted in green or red.

Tapping a recommended route lets you view more information on the route’s stops. Tap the bus stop to see a listing of all arriving buses, where relevant real-time information is depicted by the green or red beacon. Google Maps also offer access real-time bus information by searching for a particular bus stop, tapping its name and its listed bus numbers. Users will be able to see a listing of all buses arriving, with the location-enabled buses displaying their real-time ETA.

Google says that the real-time bus information feature is also available in Hindi. It can be changed in Google Maps settings or within the device language settings. Detailing on plans to expand to other cities, Google says that it is working with public transport services in other cities to enable real-time transit information will announce these as and when they become available.