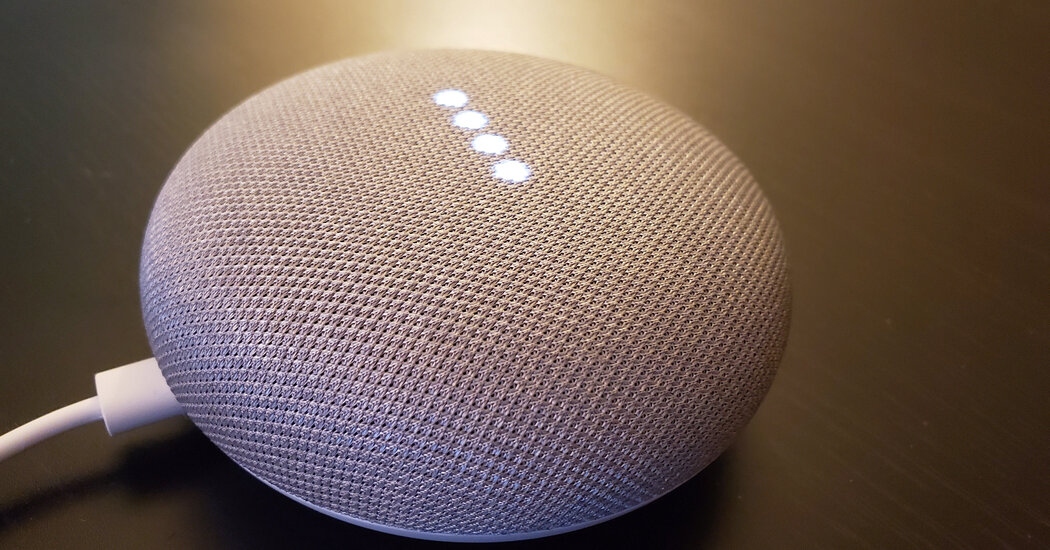 OAKLAND, Calif. — Google infringed on speaker-technology patents held by Sonos and should not be allowed to import products that violate Sonos’s intellectual property, a judge said in a preliminary finding by the United States International Trade Commission.

In January 2020, Sonos sued Google in federal court and in front of the United States International Trade Commission, a quasi-judicial body that decides trade cases and can block the import of goods that violate patents. Google later filed a countersuit against Sonos, claiming that Sonos was infringing on its patents.

Sonos had asked the commission to block imports of the Google Home smart speaker, the company’s Chromecast systems and Pixel phones and computers. Those products are made in China and shipped to the United States.

The brief ruling did not explain why the judge, Charles E. Bullock, believed Google had violated a statute of the Tariff Act of 1930, which aims to prevent unfair competition through actions such as the import of products that infringe on U.S. patents, trademarks or copyrights.

The judge’s ruling is not the final word. The full commission has to consider his decision before making a final ruling, which is scheduled to take place on Dec. 13. If an import ban is imposed, it wouldn’t take effect for 60 days.

The two companies are locked in legal disputes in California and Texas as well as France, Germany and the Netherlands.