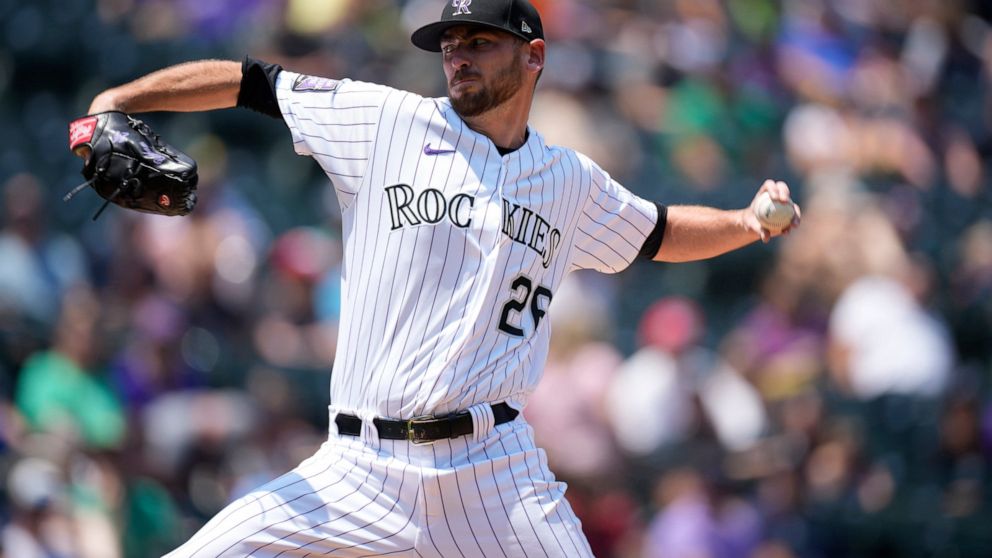 Austin Gomber pitched effectively for six innings in his return from the injured list, Dom Nunez hit a three-run double in a five-run first inning and the Colorado Rockies beat the Seattle Mariners 6-3

DENVER — Austin Gomber pitched effectively for six innings after spending a month on the injured list, Dom Nunez hit a bases-loaded double in a five-run first and the Colorado Rockies beat the Seattle Mariners 6-3 Wednesday.

Gomber (7-5) allowed three runs on three hits, all of them solo homers. He was reinstated earlier in the day after being out since June 20 because of tightness in his left forearm.

Kyle Seager, Luis Torrens, and Mitch Haniger all homered for the Mariners.

Daniel Bard pitched a hitless ninth, fanning Torrens for the final out, for his 15th save in 20 opportunities.

The Mariners chose longtime reliever Keynan Middleton (0-1) as their opener. But the Rockies jumped on him in his first career start.

C.J. Cron drew a bases-loaded walk, Charlie Blackmon had an RBI single and Nunez hit a two-out, three-run double for a 5-0 lead.

Darren McCaughan, making his major league debut, relieved Middleton to start the second and pitched five hitless innings. He walked three, struck out none and allowed a run on Raimel Tapia’s sacrifice fly.

Seager hit his 18th homer in the second. Torrens began the fifth with his 11th home run and Haniger connected in the sixth for his 23rd.

Haniger extended his hitting streak to 11 games and has reached base in 20 straight games dating to June 25.

Rockies: RHP Antonio Santos was optioned to Triple A Albuquerque to make room on the roster for Gomber. … It was Gomber’s first appearance since June 19, when he had to leave a start after two innings due to left forearm tightness.