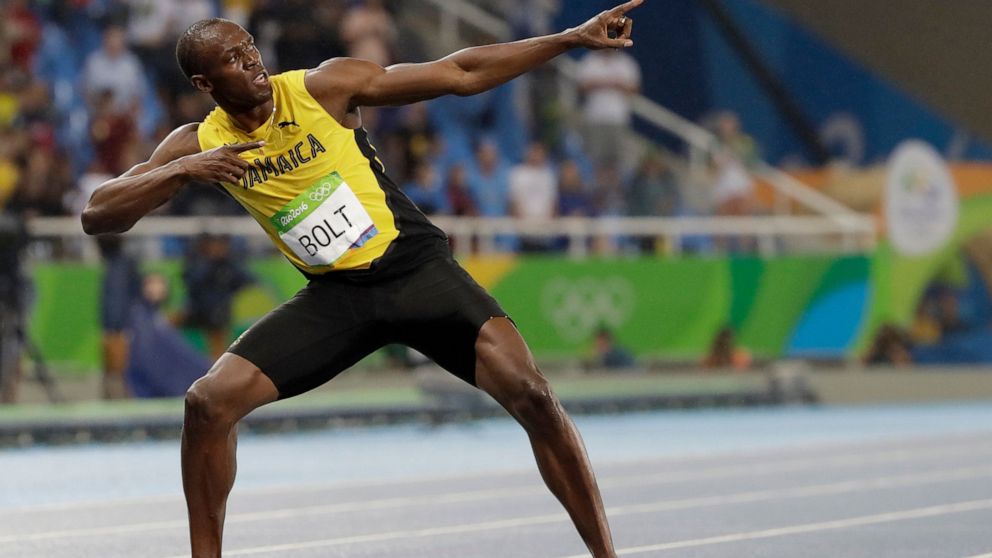 That’s right, the now-retired world’s fastest man is not only changing diapers these days but also distances as he makes a brief comeback for a promotional race.

The new father of twins selected the 800 meters, a two-lap endeavor measured in minutes, not seconds, like he’s more accustomed. The training has been grueling for the 100- and 200-meter world record-holder but has made him miss the action.

“When I go to the track and start training, then I don’t miss it that much,” cracked the 34-year-old Bolt, whose nearly 13-year reign as Olympic champion in the 100 and 200 will come to an end at the Tokyo Games. “I’m excited to be training and just running and seeing what I can do.”

Since his retirement in 2017, Bolt’s life has involved making records ( he’s a music producer ) and raising a family. He and his partner, Kasi Bennett, recently welcomed twins, Saint Leo and Thunder, to their family (they also have a young daughter named Olympia Lightning ). He also enjoys a good soccer match (he wants to meet French soccer standout Kylian Mbappé because “he’s fast”) and of course a well-run race — especially a distance event such as the 800.

Bolt’s best time over two trips around the track is 2 minutes, 5 seconds, he said. But he quickly added: “I did that in my track shoes. If I put the spikes on, I can make it under 2 minutes.”

Bolt is undertaking the new distance in part for a promotion — and to simply put on those spikes again. His opponent won’t be on the track, either. He is going up against a CarMax customer who is getting an instant online offer for a vehicle on their phone as Bolt speeds around his home track. The July 13 “race” will be streamed on his Facebook page.

It may even be punctuated by his signature “ Lightning Bolt ” pose at the finish.

“I definitely miss it a little bit,” Bolt said of the adrenaline rush from competing. “I’m excited to be training and just running and seeing what I can do.”

To prepare, he has been riding his Peloton bike and in training doing something he rarely used to do — circle the bend of the track and just keep on going. He is running lap after lap.

“Just to get my legs ready for the lactic acid and my lungs for the air that I need,” he explained.

He insisted his return to a lane, though, isn’t a sign that he’s leaving the door open for a comeback.

“Definitely not,” Bolt emphatically said. “This is just a one-off challenge to see if I still got it.”

“I’m trying to be humble and cool,” Bolt cracked.