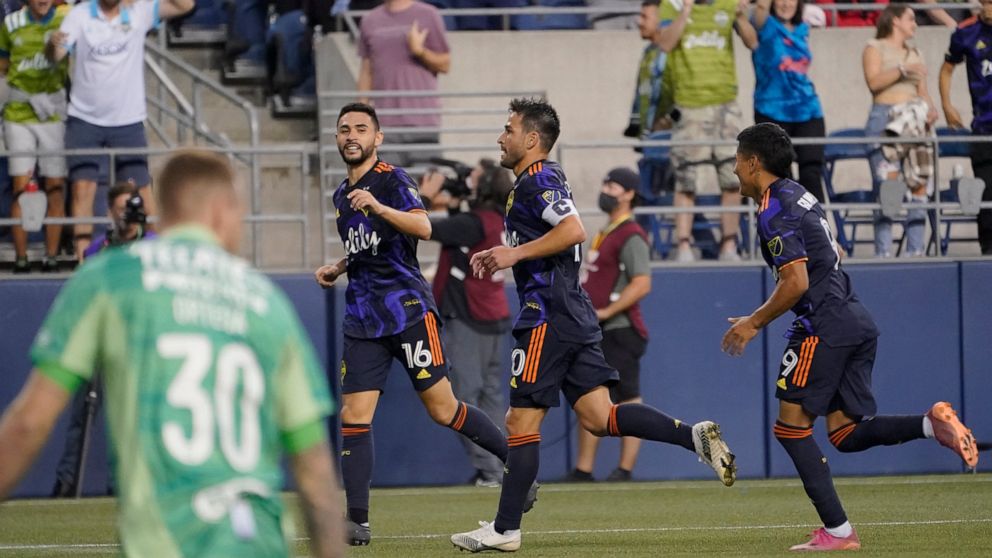 This All-Star week is another step in the lengthy process of aligning Mexico’s top pro teams with their American and Canadian counterparts to present a united — and lucrative — continental front to the soccer globe. The partnership already includes two cup competitions, and both leagues’ leaders have acknowledged it could eventually lead to a full merger.

The players representing those teams at Los Angeles FC’s Banc of California Stadium are more interested in providing a memorable game for fans in this vibrant, soccer-loving American city where nearly half of the population is Latino, most with proud Mexican roots.

“As players, you want to be part of history,” said Seattle Sounders midfielder Cristian Roldan, a suburban Los Angeles native and the captain of the MLS All-Stars. “That’s something we all cherish. This is a really great event for that reason.”

The border-crossing nature of this event was personified by MLS’ two biggest Mexican stars: the LA Galaxy’s Javier “Chicharito” Hernández and LAFC’s Carlos Vela, who both started out as Chivas prospects and played in Europe before moving stateside to bolster MLS’ fortunes.

But after the event was promoted for weeks with advertisements and billboards prominently featuring their faces, both star forwards’ teams announced Monday they will miss the All-Star Game due to injuries.

The absence of Chicharito and Vela is a blow to coach Bob Bradley’s MLS squad, but players from both leagues believe MLS’ quality of play has risen in recent years to a level close to Liga MX, which has traditionally been the stronger competitive league while struggling with more financial fragility.

“There’s not much difference between the leagues anymore,” said Columbus’ Lucas Zelarayán, who moved north from Tigres UANL before last season and immediately led the Crew to the MLS Cup title. “Both countries have grown a lot in recent years. … MLS has caught up.”

Zelarayán is just one of many players who have moved between the leagues in recent years, and most of them have echoed Zelarayán’s beliefs — even if Mexican teams are still largely dominant in tournament play.

The leagues’ top teams already compete against each other in the Campeones Cup and the Leagues Cup, providing two opportunities to gauge the teams’ relative quality. They also meet regularly in the bigger CONCACAF Champions League, which a Mexican team has won every year since 2005 — although LAFC came agonizingly close to knocking off Tigres last season.

While a full merger isn’t imminent, rumors abound of more opportunities for interleague team competition — and this All-Star setup is another incremental step. MLS had pitted its All-Stars against a well-known European club team every year since 2004.

While MLS craves Liga MX’s massive crowds and exposure to the Mexican association’s larger overall fan base across Latin America, Liga MX would benefit financially from the overall broadcast rights possibilities and the increased exposure in wealthy North America. One probable clash was addressed last year by Liga MX when it suspended promotion and relegation for at least five years: MLS is a closed league, which boosts its franchises’ value and justifies MLS’ extraordinary expansion fees, among other benefits.

Liga MX games have long generated higher U.S. television ratings than MLS games, and this intriguing All-Star clash might do big numbers on both sides of the Mexico border. Just ask teenage FC Dallas forward Ricardo Pepi, who grew up in Texas watching Liga MX, not the MLS.

“I’ve always watched (Liga MX) games with my dad,” echoed the Galaxy’s Julian Araujo, the U.S.-born Mexican international. “Growing up, I always watched (Club América and El Tri goalkeeper) Memo Ochoa. It’ll be crazy to see him on the field, for sure.”