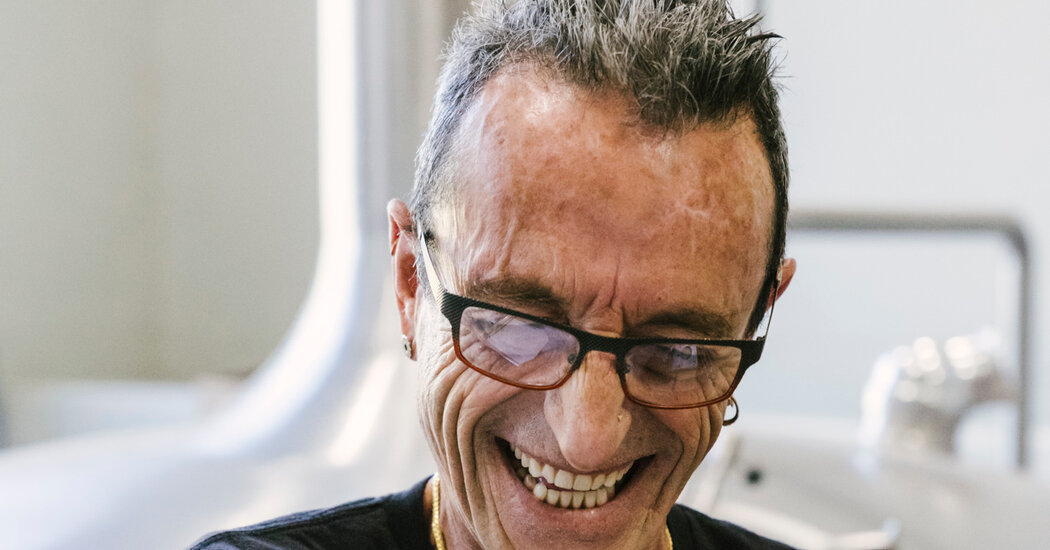 Frenchy Cannoli, a renowned hashish evangelist who spent 18 years as a nomad learning to make the drug from the resin of the cannabis plant in rural parts of Asia, Africa and Mexico, died on July 18 in San Francisco. He was 64.

The cause was complications during surgery, said his wife, Kimberly Hooks, who is affectionately known as Madame Cannoli in her husband’s world.

Mr. Cannoli — a nom de ganja for the way that he rolled resin like the Italian pastry — blended a true believer’s love of the drug with a connoisseur’s nose for quality and an enthusiast’s zeal for the hashish that comes from cannabis grown in Northern California.

“I’ve been making hash all my life,” he said, in his thick French accent, during a speech to the Concentration cannabis conference in 2019. “It’s not a big deal — it’s my life.”

His hashish earned him respect in cannabis circles, as did his workshops, “Lost Art of the Hashishin,” which taught artisanal producers and home gardeners in the United States, Canada, Spain and the Netherlands how to harvest the resin glands of the cannabis plants, known as trichomes. He wrote widely and left behind two unfinished books, one a history of cannabis concentrates and the other a hash-making manual.

Mr. Cannoli, who lived in Richmond, Calif., was also helping cannabis producers from Humboldt, Mendocino and Trinity counties — known as the Emerald Triangle — get legally protected geographic designations from the State of California for their products the way that the Champagne, Napa Valley and Bordeaux regions did long ago in the wine industry.

And he is the subject of a documentary series, “Frenchy Dreams of Hashish,” that has yet to be released.

“I’d been smoking marijuana since I was 14 and met Frenchy when I was 33 and learned more about the plant in those two years than in the 15 I’d been smoking,” the director, Jake Remington, said by phone. “I just remember, me and Frenchy, the camera rolling, going from farm to farm, smoking joint after joint.”

Mr. Cannoli was born Didier Camilleri on Dec. 13, 1956, to French parents in Nice and grew up there, in Brittany, and in Gabon, where his father worked. As a youngster, he dreamed of traveling the Silk Road and sailing the Red Sea. He read avidly about the British explorer Sir Richard Burton and the French adventurer and smuggler Henry de Monfreid.

At 17, Didier tried hashish for the first time and was quickly transformed. It brought him joy and a sense of well-being that he had never experienced before (and continued to for the rest of his life).

On his 18th birthday he left France with a few hundred dollars to start what would become an 18-year pilgrimage to smoke the best hashish he could find and to learn how to cultivate it from those who knew the best traditional techniques.

Now a hash rambler, Mr. Cannoli sought out cannabis masters in Morocco, Mexico, Thailand, Nepal (where he met Ms. Hooks, in a restaurant in 1980), Pakistan and India. He spent eight cannabis-growing seasons in the Parvati Valley in northern India, living in a cave or a lean-to.

“Collecting live resin from wild cannabis plants with my bare hands in remote valleys at the foot of the Himalayas has been by far the most engaging and extraordinary experience of my life,” he told Forbes in 2019.

His wanderings gave him a deep appreciation for cannabis farmers and their “terroir” — a French word borrowed from winemaking that he described in Skunk magazine in 2019 as “the delicate symbiosis between the land, the plant kingdom, and the humans who nurture and enhance the characteristics of the land.”

When Mr. Cannoli’s hashish journeys ended in the early 1990s, he and Ms. Hooks had already had a daughter, Océane, and were living in Japan. He sold leather handbags and Japanese antiques, and worked as a translator of user manuals and other publications. He and Ms. Hooks moved to Walnut Creek, Calif., in 1996 and married a year later. He continued selling handbags for a while and managed a restaurant in Berkeley.

In 2005, he began to wade into the cannabis industry. Nine years earlier, the use of marijuana for medical reasons had begun in the state, and he started attending events where cannabis vendors and aficionados got together. After sharing his hash at those gatherings he eventually began selling it to medical dispensaries.

Along the way, Mr. Cannoli’s name was bestowed on him by Subcool, a cannabis grower.

In 2015, Mr. Cannoli started his workshops, which thousands of people have attended.

He is survived by his wife and daughter.

The hashish that Mr. Cannoli made under his name was memorable at first scent.

Leo Stone, a boutique cannabis seed breeder in Garberville, Calif., recalled how Mr. Cannoli “bumrushed” him in their first encounter in 2012. Mr. Stone had just won an industry award, the Emerald Cup, for one of his strains of cannabis, when Mr. Cannoli held an open jar of his hashish to his face.

“It was like being punched in the olfactory sense,” Mr. Stone said by phone. “I never smelled hash that amazing. His hash was paradigm shifting.”