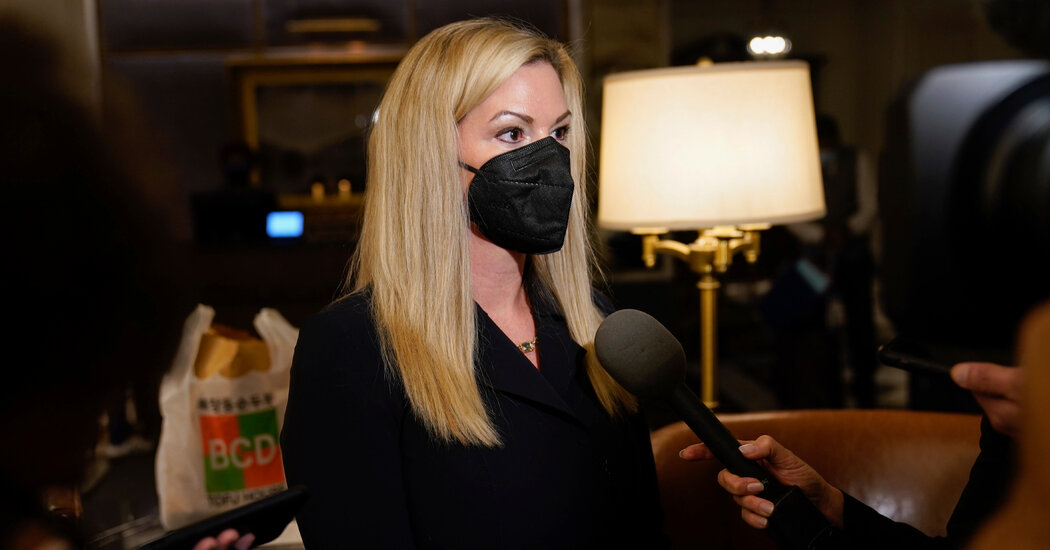 When the N.F.L.’s 32 team owners met in a Midtown Manhattan hotel Tuesday for their quarterly discussion of league business, two women formerly employed by the Washington Football Team interjected with their own agenda item.

Melanie Coburn, a former cheerleader and marketing director, and Ana Nunez, who worked in sales, delivered a two-page letter that implored the league’s five-member Social Justice Working Group to release the results of the 10-month investigation into what they called “the sexist and misogynistic culture” at the team. The group is made up of five team owners.

In July, the N.F.L. fined Washington $10 million after its yearlong investigation into the rampant culture of sexual harassment perpetuated by managers and executives at the club under the ownership of Daniel Snyder. Human resource consultants will also monitor the team for two years.

But the league did not release the findings of the investigation, led by Beth Wilkinson, a Washington-based lawyer, who instead was asked to deliver her report orally. Her presentation formed the basis of the league’s decision on how to penalize the team.

Without a transparent accounting of the misconduct found in the investigation, Coburn and Nunez, along with 10 other signees of the letter, argued that it was impossible to know “whether the corrective actions taken by the WFT were sufficient to address the underlying problems that we, and others like us, reported to Ms. Wilkinson.”

Their call for the league to publicly release the investigation’s findings came after The New York Times and The Wall Street Journal published in early October internal emails written and received by Bruce Allen, a former Washington team president, that were filed with racist, homophobic and misogynistic language, as well as topless photos of the team’s cheerleaders.

Allen was fired in December 2019. The reporting of his communication with Las Vegas Raiders Coach Jon Gruden led Gruden to resign his position on Oct. 11.

Since then, women’s rights advocates, N.F.L. players, and, last week, two members of Congress, have demanded that the league publish its findings and release all of the 650,000 emails gathered in the investigation.

The league has said it did not release its findings to protect the identities of some of the former employees.

About four dozen of those employees spoke to The Washington Post and other news media outlets about widespread sexual harassment and intimidation. But many more declined to speak publicly but still want the findings released, Coburn and Nunez said.

“There are a lot of former employees who are still scared and intimidated and have yet to come forward, and we want to make sure their stories are heard,” said Coburn, who worked as a cheerleader and marketing director for 14 years before leaving the team in 2011. “When I saw that it was an oral report it made it seem like a sham to me.”

Jeff Miller, a spokesman for the N.F.L., declined to comment when asked whether the team owners had read the letter. He said Commissioner Roger Goodell would address the topic when he meets the media Tuesday or Wednesday.

While there is no formal item on the team owners’ agenda specific to the Washington Football Team, some owners have discussed it informally.

When he arrived at the meeting Tuesday, Jets owner Woody Johnson repeatedly declined to discuss the topic, deferring to the league office.

The release of those emails “rekindled the fire” to get the report released, Coburn said. “It showed that these videos and photos (of cheerleaders) circulated way further in the N.F.L. than we ever could have imagined.”

“We want the public to know the truth,” Coburn said.