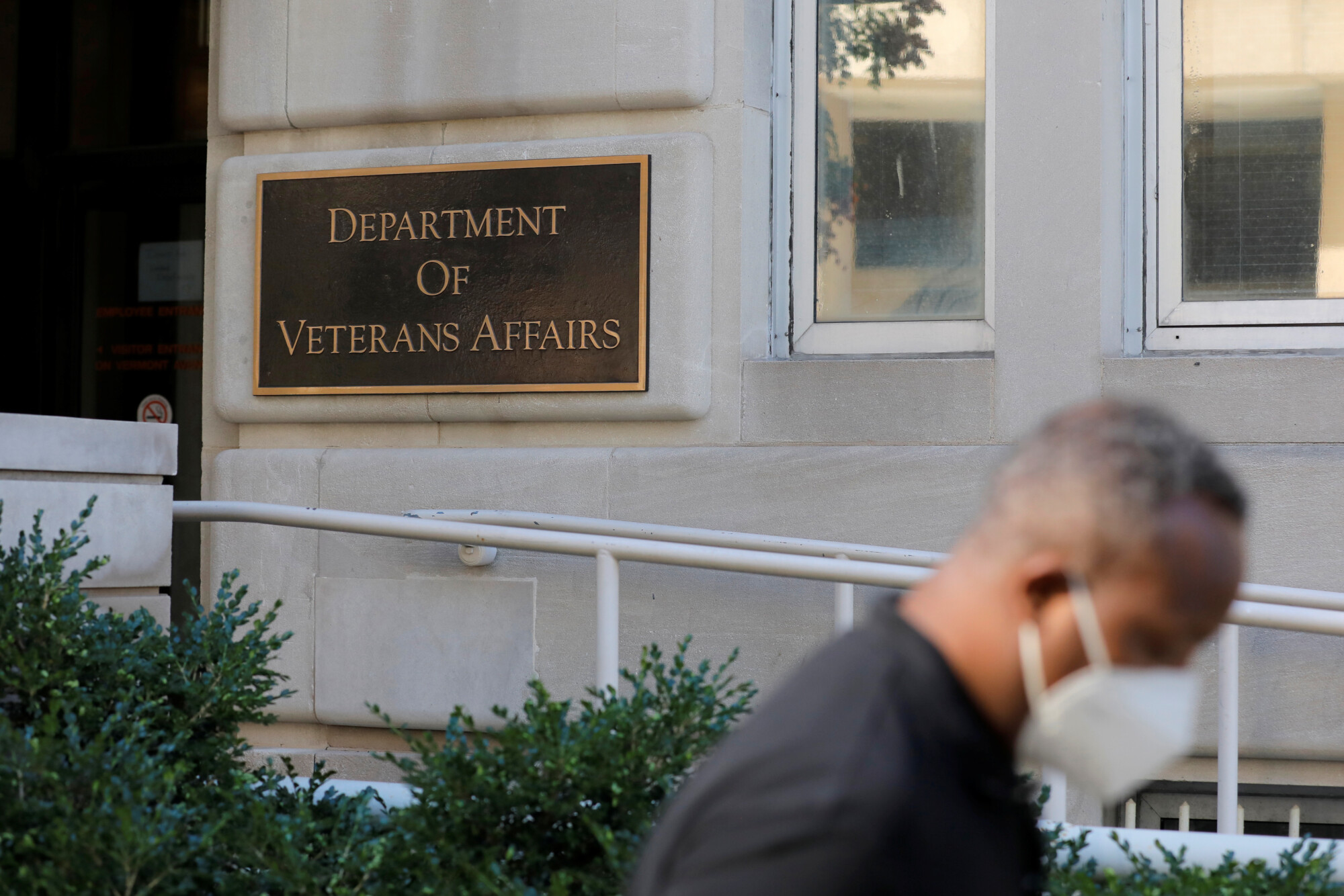 The Department of Veteran Affairs is requiring employees to get a COVID-19 vaccine, the first federal agency to do so.

“We’re mandating vaccines for Title 38 employees because it’s the best way to keep Veterans safe, especially as the Delta variant spreads across the country,” Denis McDonough, the secretary of veterans affairs, said in a statement.

The employees will have eight weeks to get fully vaccinated.

Fully vaccinated means getting both Pfizer or Moderna shots, or the single-shot Johnson & Johnson jab.

If employees refuse, they could be fired.

The department pointed to how dozens of medical groups, including the American Hospital Association, just came out in support of forced vaccinations. The agency said four employees have died from COVID-19 in recent weeks and that they were all unvaccinated, and that there has recently been an outbreak among both unvaccinated employees and trainees at one of the agency’s training centers.

“Whenever a Veteran or VA employee sets foot in a VA facility, they deserve to know that we have done everything in our power to protect them from COVID-19. With this mandate, we can once again make—and keep—that fundamental promise,” McDonough said.

Asked about the mandate at the White House, President Joe Biden denigrated the reporter. “You are such a pain in the neck, but I’m going to answer your question because we’ve known each other so long. It has nothing to do with Iraq,” he said.

“Yes, Veteran Affairs is going to, in fact, require that all doctors working in their facilities are gonna have to be vaccinated,” he added.

Hours earlier, White House press secretary Jen Psaki made no mention of the mandate in a press briefing on Monday afternoon held just before the agency’s announcement.

In fact, she told reporters that the White House had not determined whether it would be legal for the administration to require federal employees get a COVID-19 vaccine.

“It hasn’t been determined that it would be illegal, no. But we have not made a determination about that,” Psaki told reporters in Washington.

The Biden administration last month said federal agencies generally shouldn’t force their employees to get a COVID-19 vaccine as a precondition for working in person.

Matthew Staver, chairman of Liberty Counsel, a Christian group that represents a variety of clients, told The Epoch Times in a previous interview that the group believes the law doesn’t allow forced vaccinations.

“We don’t believe that any state or government can enforce these COVID shots, especially because they are still under the emergency use authorization,” Staver said.

Drug regulators granted the authorization to Pfizer and Moderna shots in December 2020 and Johnson & Johnson’s jab earlier this year. None have yet been granted full approval.

Psaki in her briefing expressed support for businesses and institutions like the NFL either mandating vaccinations or imposing harsh restrictions on those who are not vaccinated.

Pressure on people to get a vaccine “may save lives,” she added. “The more people are vaccinated, the more the country will be safe.”

Biden offered a similar message when asked if the administration had to get people who haven’t gotten a jab vaccinated. “We have to,” he said, though he did not elaborate further.

Administration officials have repeatedly blamed in recent weeks unvaccinated people for the increase in COVID-19 cases and hospitalizations the country is seeing. They often cite the Centers for Disease Control and Prevention (CDC) as the source of that claim. The CDC has declined so far to make public the data, which it says comes from voluntary reporting at the state level.

The rise in cases is driving consideration of recommending even the vaccinated wear masks in a range of settings, Dr. Anthony Fauci, one of Biden’s top medical advisers, said over the weekend.

“This is under active consideration,” Fauci said, adding that he has been part of the discussions.

Leading Democrats and Republicans have encouraged Americans to get a vaccine, though Republicans largely oppose forced vaccination while many Democrats support it. Civil rights advocates have raised concerns about forced shots, and some employees who work for companies that mandated vaccinations have sued. The legal battles are ongoing.

After one NFL player questioned whether he would keep playing in the league due to the league’s strict policies, Sen. Ron Johnson (R-Wis.) said on Saturday that he supports Americans’ right to choose.

“No one should be pressured, coerced or subjected to reprisal for refusing a medical treatment, including the COVID vaccine,” he said in a statement.