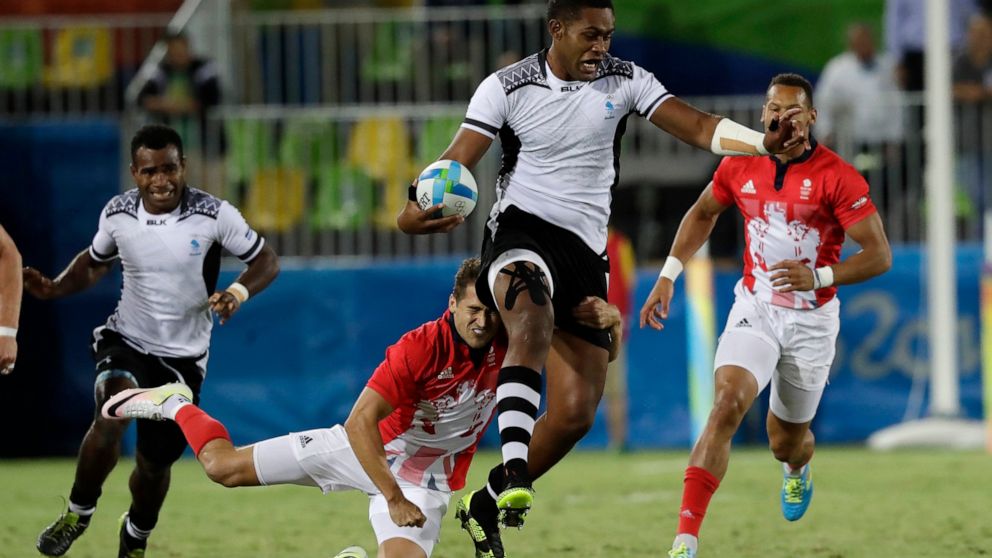 BRISBANE, Australia — For six days, fit, strong Olympians hurled themselves at each other and at the try line in short, sharp bursts.

Australian gold. A sideline marriage proposal from a venue staffer to a player on the Brazilian team (she said ‘yes’). Capped off with a dozen Fijian men in a circle singing a celebratory hymn as a far-away Pacific island nation rejoiced.

The debut of rugby sevens at the Olympics in Rio de Janeiro delivered what the sport’s world governing body had hoped to achieve: millions of new and a more diverse range of fans.

World Rugby chairman Bill Beaumont describes the Olympic inclusion as “a game-changer for our sport.”

“Rugby sevens’ first appearance at Rio 2016 had a profound effect, attracting an estimated 30 million new fans globally, with the history-making story of Fiji’s first-ever Olympic medal one of the most memorable moments of the games,” he said in an email to The Associated Press. “The dynamic, action-packed nature of rugby sevens has captured the attention of fans around the world.”

A study conducted by Nielsen Sports showed women and the 18 to 24 age group were “the most strongly supportive of sevens fit with the Olympics” and that two-thirds of all new rugby followers were introduced to the sport from sevens or touch rugby formats.

“The future of rugby sevens is bright as the short format game continues to grow, engaging and attracting ever greater global audiences, particularly in emerging nations,” Beaumont said.

Japan’s quarterfinal run at the 15-a-side 2019 Rugby World Cup it hosted and its group-stage upset win over New Zealand and fourth-place finish at the Rio Olympics will ensure the sport gets plenty of attention.

In 2016, Fiji rugby sevens captain Osea Kolinisau carried his national flag into the opening ceremony and a week later delivered his country its long-awaited first gold. In Tokyo, Black Ferns captain Sarah Hirini will be the female flag bearer for New Zealand, hoping to upgrade a silver won five years ago to gold.

The inclusion of rugby sevens in the Olympics increased the reach of the sport in traditional markets such as France, Britain and Australia, but also in the United States and Germany. Other Nielson research in 2019 showed the number of rugby fans across so-called emerging nations has almost doubled since 2013, up to 168 million, with recent surges in India and Brazil.

The traditional 15-a-side rugby format was last played at the Olympics in 1924. The sport started staging its own showpiece, the Rugby World Cup, every four years since 1987 but has remained dominated by the traditional powerhouses New Zealand, South Africa, Australia and New Zealand.

The nature of the 15s format, with set pieces such as scrums and lineouts and based on heavy defense and phased attacks, can sometimes be stop-start across 80 minutes.

The bite-sized sevens version gives the game a different appeal. Sevens, as the name implies, features seven players on each team and games are condensed into two seven-minute halves. The emphasis is on attacking rugby — and there’s plenty of it. The lack of set pieces makes size less relevant than skill and speed.

The Fijian men were the undisputed kings of sevens playing their national game, were hot favorites in Rio and duly thumped Britain in the final. South Africa beat surprise semifinalist Japan for the bronze. They’ll also be strong contenders in Tokyo.

But the Olympic inclusion also gives some big countries with less tradition in the rugby a medal motivation. The U.S. men’s and women’s teams have been near the top of the world sevens rankings in recent seasons. Canada won the bronze medal in the women’s tournament at Rio — immediately before Australia beat New Zealand for the first Olympic gold ever awarded in the sport.

China and Russia will be making rugby sevens debuts in the women’s tournament in Tokyo.

Apart from Australia and New Zealand in Rio, Brown said, the women’s tournament was pretty error-ridden in 2016.

But “if you look back at the last three years, the duration of play has gone through the roof with how long you have to work to score tries and the ability to keep hold of the ball,” Brown said. “I think there’ll be five teams who can legitimately win gold this time — and I think we fall into that category.”

Australia’s women’s coach John Manenti agreed that the 2016 Olympics, when there was “probably three teams in the race,” was a catalyst for increased competition.

“The whole scheme of women’s rugby since Rio has gone through the roof,” he said. “Back then we were one of the only centralized professional teams, and now there’s eight or nine teams on the circuit that are fully professional.”

World Rugby said sevens has continued to grow since Rio, attracting bigger audiences with the 2019 World Sevens Series — the last full season before the COVID-19 pandemic — producing a year-on-year increase of 64% across video views to 198 million, and more than 749,800 attending tournaments.

The diminutive Jerry Tuwai grew up in Fiji in a small house without electricity or running water. He’s now among the national heroes from the gold-medal winning team in Rio and as the player of the decade in the world sevens series.

He said the Olympic gold was like the “biggest prize in sport” but he didn’t fully appreciate the impact of their win until their massive reception on returning home.

“People from all walks of life were standing there, calling out our names,” he told the Olympic Channel. “Then you realize that you have done something really big.”