Fact check: COVID-19 vaccines are not causing a rise in stillbirths in Canada 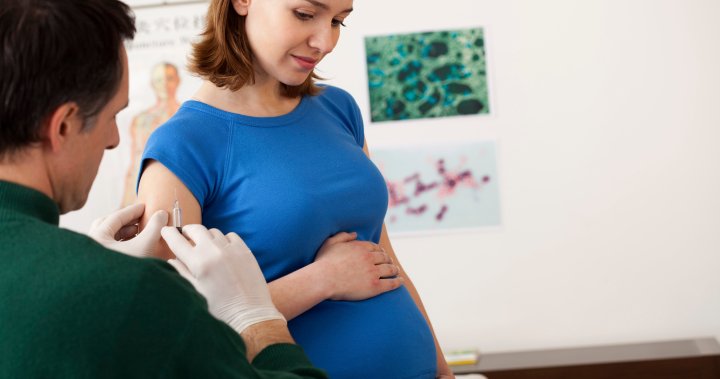 A conspiracy theory circulating online claims stillbirths are rising in Canada after women receive the COVID-19 vaccine. But the facts tell a very different story.

The baseless claims of a rise in fetal deaths across the country began circulating in recent weeks, bolstered by unverified statistics shared on social media and in videos by former medical professionals, whose qualifications have been stripped for touting misinformation.

But Global News has gathered data from the hospitals in question and has found that the recorded number of stillbirths is a minuscule fraction of what anti-vaccine protestors claim.

Health officials have repeatedly said all vaccines approved for use in Canada are safe for those thinking of getting pregnant, pregnant or breastfeeding.

Read more:
Among the unvaccinated in B.C.’s ICUs are young pregnant women

The genesis of the stillbirths conspiracy theory appears to be a video from a rally outside the North Vancouver RCMP office in British Columbia on Nov. 11, spearheaded by retired family physician Mel Bruchet along with Daniel Nagase, a former fill-in doctor who was relieved of his duties after administering patients with an unapproved COVID-19 vaccine. In the video, Bruchet calls the pandemic a “hoax.”

The video shows protesters spreading disinformation about COVID-19. In one clip, Bruchet describes talking with an unnamed individual, who spoke to a number of unnamed doulas, who told him there had been 13 stillbirths in an unspecified 24-hour period at Lions Gate Hospital in North Vancouver.

2:53
Province urges expectant mothers to get the COVID-19 vaccine

Only 4 stillbirths in Vancouver in 5 months

Data from Vancouver Coastal Health (VCH) shows that from April to late August 2021, there were just four stillbirths across VCH’s seven hospitals, compared to 1,326 live births. Data specifically from Lions Gate Hospital could not be disclosed due to privacy reasons.

In the previous year, there were 3,299 births and 11 stillbirths.

Nonetheless, the unfounded theory that stillbirths are rising across Canada snowballed. 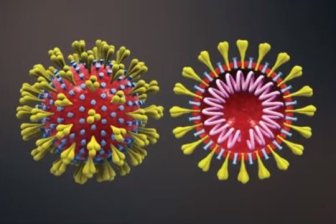 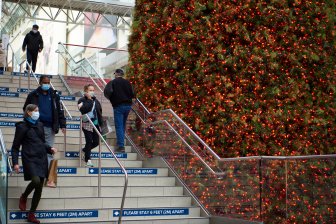 Unverified articles on WordPress sites then began popping up with headlines that stated the rate of stillbirths was “exploding” across Canada, with the links being disseminated through anti-vaccine groups on Telegram.

Nagase later appears in a widely shared video from an anti-vaccine rally on Nov. 20 in Calgary, where he repeated and elaborated on the theory, but added that he had also been told there were 86 stillbirths in the first half of this year in a “women and children’s hospital” in the Waterloo region of Ontario. In the video, Nagase stutters and changes his statement at least once.

“In Waterloo, Ontario, I have a more reliable statistic that there was 86 stillbirths between January and July and normally it’s only one, it’s only five or six stillbirths every year,” he said.

This is also incorrect.

Only 15 stillbirths in Waterloo, not 86

Data from the Better Outcomes Registry & Network (BORN), Ontario’s perinatal, newborn and child registry, shows there were between 12 and 15 stillbirths in the Waterloo region between January and June 2021.

The reason for the differing numbers is that the Waterloo region’s hospitals fall under slightly different boundaries, and are either counted under a local health integrated network or a public health unit.

Read more:
Will the coronavirus vaccine cause infertility? Here’s what you need to know

In total, across the entire province of Ontario in the first six months of this year, there were 300 stillbirths and 67,199 live births. This means that women had a 0.44 per cent chance of experiencing a stillbirth so far in 2021. This is actually lower than in previous years, where it was 0.47 per cent.

In Canada, according to Statistics Canada data, there are around 3,000 stillbirths per year.

However, conspiracy theorists have doubled down on their assertion that this year’s stillbirths are due to the COVID-19 vaccine.

Nagase adds in the video from the Calgary rally, “But the most important confirmation that we have from the Waterloo, Ontario, report is that all of the 86 stillbirths were fully vaccinated.”

But experts say such a report does not exist, because there is no easy way to know this information. A spokesman for BORN Ontario says that data would need to be drawn from COVAX, the global vaccine coalition that delivers the vaccine to each country.

Nagase had his medical license terminated for treating patients with ivermectin, an unapproved treatment for COVID-19 popular with anti-vaccine groups and once endorsed by former U.S. president Donald Trump. Ivermectin is used to treat livestock for parasites and has been the subject of warnings by Health Canada, which said “there is no evidence that ivermectin works to prevent or treat COVID-19.”

Nagase is now a fixture at anti-vaccine rallies. In one video interview shared in a Telegram group, he is hailed as a “hero to all Canadians.”

Read more:
COVID-19 conspiracy theories deter some from getting vaccine

His claims have been frequently shared alongside a tweet posted on Nov. 21, from a woman who says her daughter experienced a stillbirth at eight-and-a-half months pregnant at Lions Gate Hospital. The woman said her daughter received the “poison vaccine.”

After being contacted by Global News, Vancouver Coastal Health released a statement on Twitter saying it is “aware of rumours and disinformation” circulating about the rise in stillbirths.

“This type of disinformation adds unnecessary stress to expecting parents who have received a COVID-19 vaccine, on health-care staff who must reassure their patients, and on the health-care system, as resources are stretched further during the ongoing pandemic response,” the statement said.

Other claims now circulating in social media groups state that higher stillbirth numbers are being reported in Toronto. The claim says that in one hospital there were five in one week.

This is also unlikely. According to BORN data, the entire province of Ontario has had between 42 and 56 stillbirths in total, per month, in the first half of this year. There are more than 40 hospitals in Toronto, so that’s around one stillbirth per hospital, per month, unless there was a serious event. A BORN spokesperson confirmed there was no such event this year and that the claim was untrue.

This conspiracy theory isn’t unique to Canada, though. An excerpt from a letter from a “retired doctor” in New Zealand is also doing the rounds on Telegram, claiming the stillbirth rates were rising in several rural parts of the country, relying on unverified information.