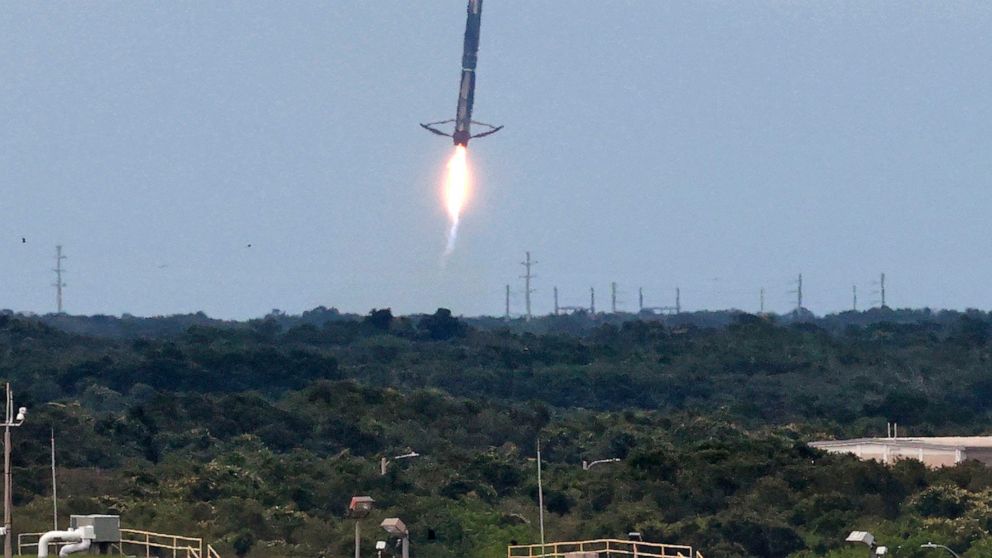 Every time a rocket takes off or a space vehicle returns to Earth, it can cause airline flights to be routed around the space operation

Federal regulators said Thursday they now can better track rocket launches and space vehicles returning to Earth, which could cut the amount of time that airplanes must be routed around space operations.

The tool, called the Space Data Integrator, will replace a system in which much of the work of giving telemetry data about space vehicles to air traffic control managers is done manually.

Elon Musk’s SpaceX was the first company to share flight telemetry data with the FAA, and others including Jeff Bezos’ Blue Origin have since joined the program, according to the FAA.

The FAA said the new technology was first used on June 30 for the launch of SpaceX’s Transporter 2, which lifted off from Cape Canaveral, Florida, carrying dozens of satellites into orbit. It will be used again with the pending return of a SpaceX cargo ship from the International Space Station, the agency said.

“With this capability, we will be able to safely reopen the airspace more quickly and reduce the number of aircraft and other airspace users affected by a launch or reentry,” FAA Administrator Stephen Dickson said.

During space operations, the FAA shuts down a huge section of airspace for hours in case the rocket or the space vehicle breaks apart. Airlines must reroute flights, which causes them to burn more fuel and fall behind schedule. A single launch can affect hundreds of flights.

The growth of the commercial space industry, and with it the number of launches and reentries, has raised concern among airlines that disruptions will become more frequent.

According to the FAA, there were 45 space launches and reentries last year, a record, and that could rise to more than 70 this year.

The FAA said other changes it has already made have reduced airspace closures from an average of more than four hours to a little more than two hours for a launch. The agency said the Space Data Integrator will reduce that further, but didn’t give a precise time.