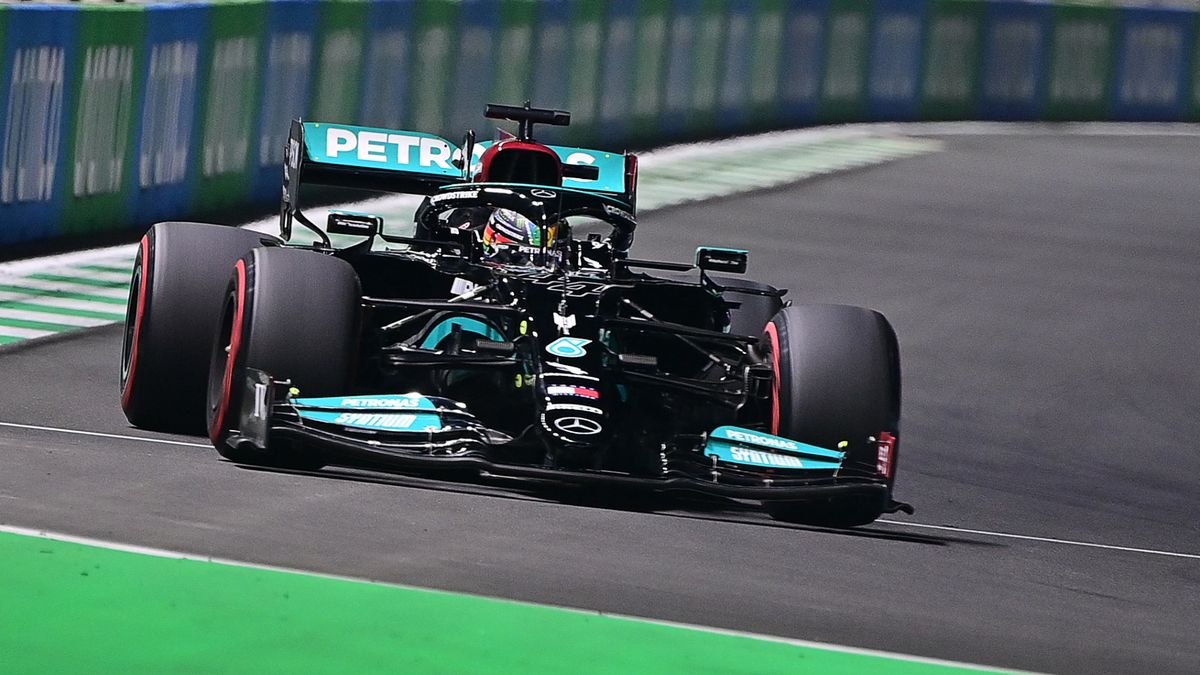 Can you conceivably take your eyes off the Saudi Arabian Grand Prix today? With Lewis Hamilton on pole and just a few points behind Max Verstappen in the championship race, the penultimate drive of the season simply cannot be missed. So read on for our guide on how to watch a Saudi Arabia F1 live stream online from all over the world – and where you can watch absolutely free!

Despite all the hype over the championship battle, we can’t forget the location – this is Saudi Arabia’s Jeddah Corniche Circuit’s inaugural run, and described as ‘the fastest street circuit ever’, we’re bound to see some drama.

Thanks to that, we’re likely to see the Mercedes machines favored due to their slight top speed advantage, and Wolff’s ‘spicy equipment’ that’s coming out for Hamilton. And yes, that does mean the same fifth engine that so effectively put a scotch bonnet up Sir Lewis’ backside and propelled him from dead last to top of the podium at Interlagos.

Jeddah looks like a bit of a beast, though, with tight walls enclosing much of the track rather than open run-off areas, and both Hamilton and Verstappen will know that a DNF at this stage could scupper any title chances completely. But will they play nicely? We wouldn’t put money on it.

So, to catch this potentially championship-deciding race, just read on for full details of how to get an F1 live stream and watch the Saudi Arabian Grand Prix online as it happens. Catch all the Formula 1 action from start to finish with the help of this guide.

Free F1 live stream: where can you watch Saudi Arabia GP for free

There are actually a good number of options for watching this all-important GP.

Most exciting is the French speakers in Canada is that RDS is showing a free Saudi Arabia live stream this weekend. Swiss F1 fans will also be able to watch F1 for free on the RTS Network.

A full list of free-to-air streamers can be found on our dedicated guide on how to watch F1. In Austria for example, all the Grand Prix are shared between free-to-air broadcasters Servus TV and Orf.

And if you’re travelling abroad outside your country at the moment and wanted to tune in to your familiar  Formula 1 coverage, you can use a VPN to do so as explained below – we rate ExpressVPN as the best provider out there, which has a great track record for unblocking geo-restricted streams.

How to live stream F1 from outside your country

If you’re abroad for this weekend’s Saudi Arabia GP, you’ll likely find you’re unable to access your usual Formula 1 coverage like you would at home. This isn’t necessarily cause for alarm, but rather the result of geo-blocking – best understood as digital borders that restrict certain services and content to certain parts of the world.

Fortunately, there’s a convenient way around this in the form of a VPN. This is a nifty bit of software that lets you whizz around these digital borders, thereby allowing you to globe trot and still access your preferred F1 live stream. It’s a completely legal workaround, very affordable, and super easy to use – allow us to explain more.

How to watch the Saudi Arabian Grand Prix: live stream F1 in the UK

F1 live stream: how to watch the Saudi Arabia Grand Prix in the US

How to watch the 2021 Saudi Arabia GP: live stream F1 in Canada